Jennifer Lopez would ‘for sure’ get married again

Alex Rodriguez texting Kelly Bensimon, has asked her out ‘more than once’

Jennifer Lopez may be practicing her walk down the aisle.

The superstar, 52, performed “On My Way (Marry Me)” at Sunday night’s American Music Awards, first appearing in a black dress, then changing into a Dolce & Gabbana tulle corset gown and matching veil.

The song is from Lopez’s forthcoming film “Marry Me,” in which she stars as singer Kat Valdez who is publicly humiliated by fellow celebrity Bastían (Maluma) and ends up marrying a stranger named Charlie (Owen Wilson) instead.

While promoting the rom-com — which will hit theaters on Feb. 11, 2022 — last week, J.Lo said she still believes in love and is willing to marry again despite her three divorces and recent failed engagement to Alex Rodriguez. 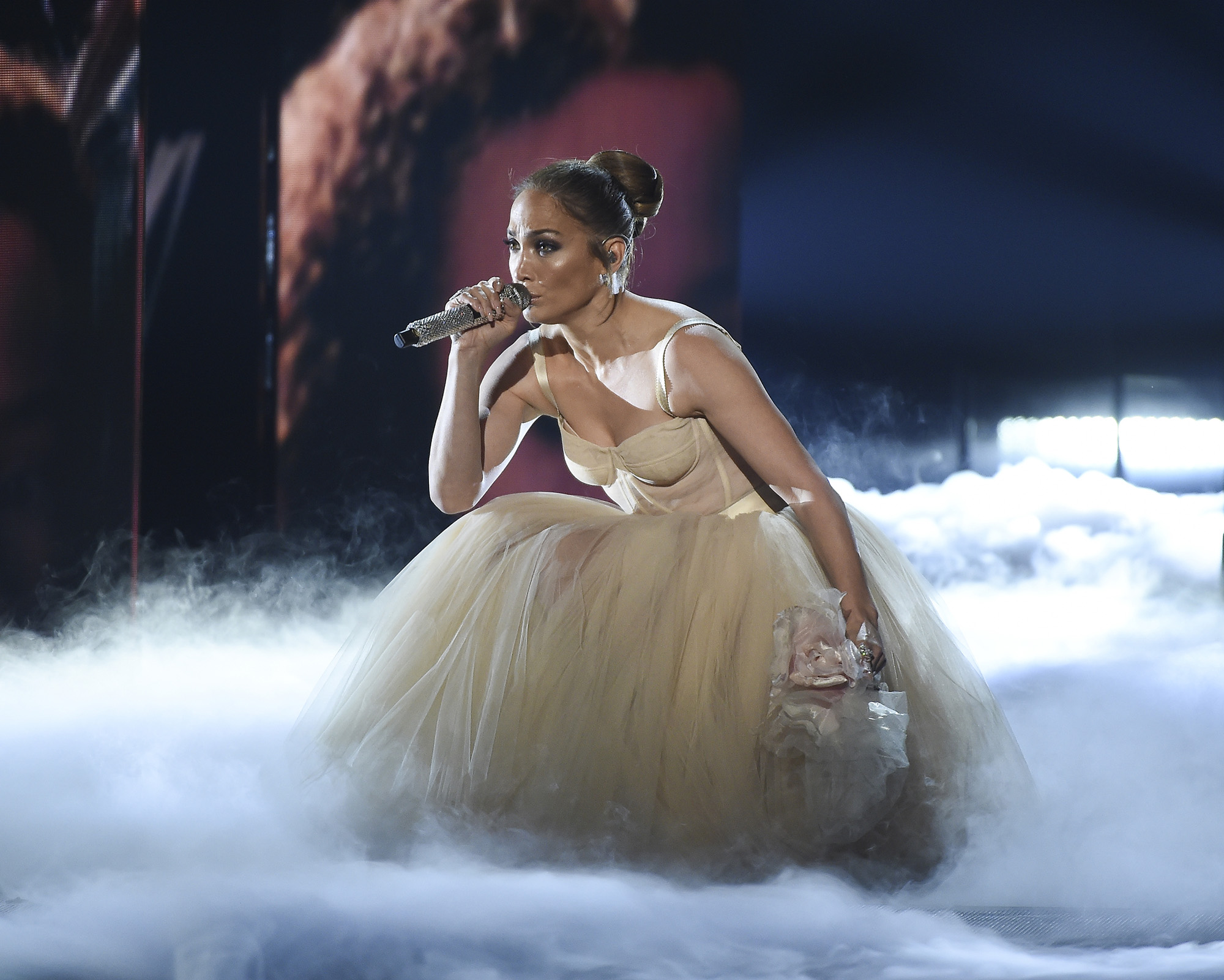 “I don’t know, yeah, I guess,” she said when asked if she would consider marriage again, adding that she’s a “romantic” and always has been.

“I still believe in happily ever after, for sure, 100 percent.”

Her real-life Charlie is no average man; Lopez has rekindled her hot and heavy flame with ex-fiancé Ben Affleck and the pair has been spotted showing tons of PDA both on and off the red carpet.

Affleck, however, did not make an appearance at Lopez’s pre-recorded AMA performance, which was a late addition after Megan thee Stallion pulled out of the award show for “personal reasons.”

Others who performed at the show, which was hosted by Cardi B, included Olivia Rodrigo, Bad Bunny, Carrie Underwood and more.