Jersey Shore Preview: Deena Worries Vinny Is Homesick After His Move To L.A.

In this ‘Jersey Shore’ sneak peek, the ladies try to surprise Vinny at his new home in Los Angeles, but his reaction to their visit has Deena worried that he’s missing the east coast.

After selling his home on Staten Island, Vinny Guadagnino is officially a west coast kid on the Jan. 20 episode of Jersey Shore. In an EXCLUSIVE preview of the upcoming episode, Deena Cortese, Angelina Pivarnick and Jenni “JWoww” Farley decide to fly cross country and make sure their pal is settling in okay. Deena and Angelina take one flight together, while JWoww is on another one later on.

The trip is already off to a rocky start for Jenni, who finds out that her flight is delayed while she’s on the way to the airport. “I just got an alert that my flight is delayed,” she complains. “Ugh. I hate sitting in the f***ing airport. What do I do, just sit there?” When her fiance, Zack Clayton Carpinello, suggests grabbing a drink at the bar, Jenni is still less than thrilled. “At the bar?” she questions. “I don’t want to be social. I’m trying to be a monk!” 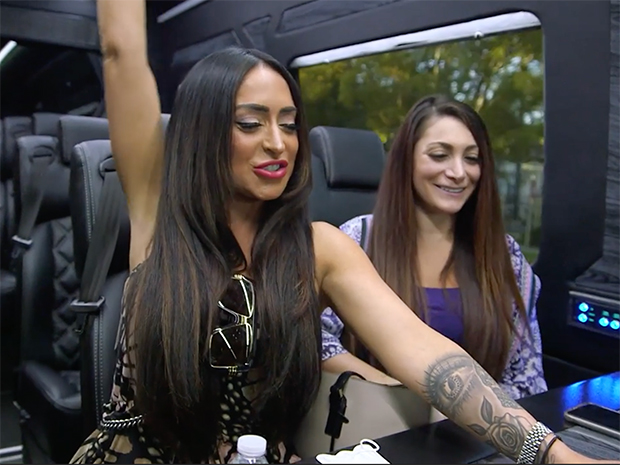 Meanwhile, Vinny is cooped up in his hotel room and already planning his next visit home to see his mom. “When I get home to the east coast, I’m having a feast,” he reveals. “I will be full blown cheato-guido, eating all my mom’s best. i’m eating it as soon as I land.” On the phone with his mom, Vinny lists off all the cheat foods that he wants to indulge him when he gets back to the east coast for a visit. 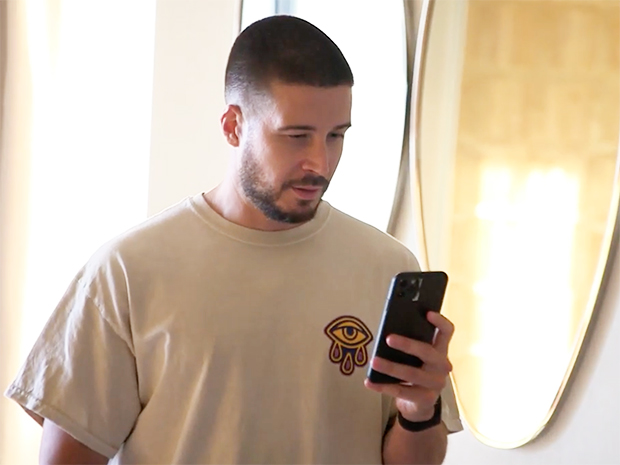 “Something’s off, I can always tell with Vinny,” Deena says, to which Angelina agrees, “He’s acting very weird.” Deena is convinced that the reason behind Vinny’s odd behavior is because he’s homesick, but we’ll have to wait for the full episode to air to see what’s really going on! Jersey Shore: Family Vacation airs on Thursdays at 8:00 p.m. on MTV.