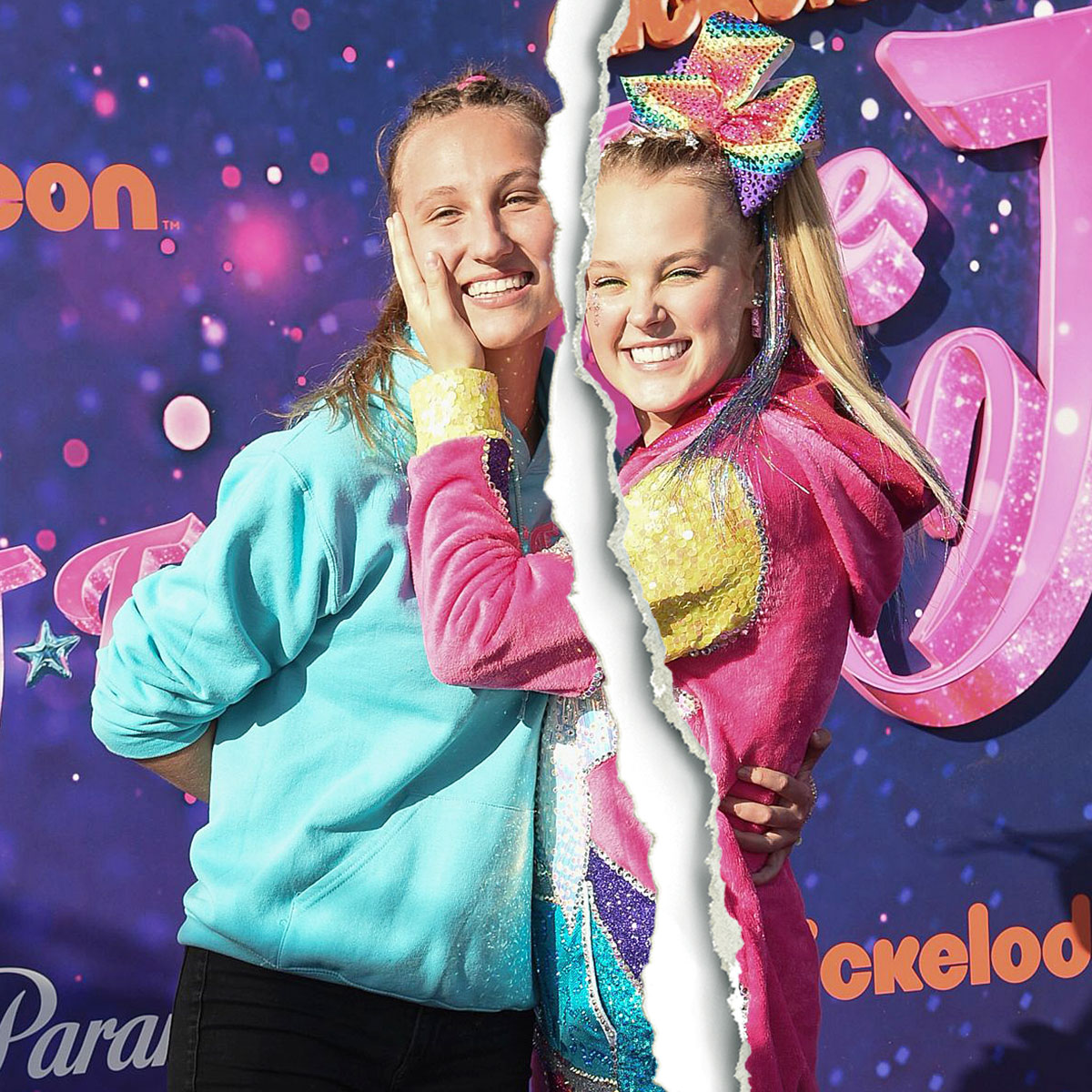 JoJo Siwa is speaking out for the first time about her split from girlfriend Kylie Prew.​​​

“I have yet to talk about this officially, publicly, but we broke up,” Siwa, 18, revealed during an appearance on Paris Hilton‘s “This Is Paris” podcast on Tuesday, November 2. “But she is literally still my best friend. I talked to her yesterday, she just got a new puppy. She’s awesome. She’s having the time of her life, I’m having the time of my life.”

The performer, who is currently competing on Dancing With the Stars, noted that she “didn’t know” that she could stay friendly with an ex until after her split from Prew, 17.

“I’m really lucky that I didn’t lose her completely because, you know, even though relationships end, friendships don’t have to end,” Siwa added. “I was very happy that it can be, because that’s all I wanted.”

Although the twosome weren’t able to make a romantic relationship work, Siwa shared that she only looks back at their time together fondly.

“But I’m really happy that I remember all the fun times, all the good times, and nothing bad happened, it just is the definition of a cheesy saying of ‘right person, wrong time’ and I hate cheesy sayings, but they’re true,” she explained. “We’re both so young, she’s 17, I’m 18, and we are literally best friends. And I would take a bullet for her, and I know she would do the same for me. We just — literally, right person, wrong time.”

Siwa previously hinted that she was going through a tough time while working on her Disney-inspired performances with partner Jenna Johnson on the ABC dancing competition.

“The reason why I was able to overcome [my emotions] was because of my amazing coach [Johnson] and because of my dances this week,” Siwa told Us Weekly after the Disney Villains night earlier this month. “Everyone always says dance is an escape, dance is a place where you can express yourself and I’ve always said, ‘That’s cheesy,’ and dance is just the place to have fun and kill it and do good and do your thing. But this week, I really learned that it is a little escape.”

The singer vaguely described facing challenges in her personal life at the time.

“However, this week was very, very extreme and something that I had never gone through and something that I’ve never felt before. And it’s tough and it’s tricky, but luckily I have really good people in my life,” Siwa noted. “And I’m really lucky that every day this week I got to spend three hours with my best friend in rehearsals and we got to dance.”

JoJo Siwa Through the Years: From ‘Dance Moms’ and Beyond

Following the interview, Us confirmed that the YouTube personality and Prew called it quits.

“JoJo and Kylie did break up,” a source exclusively told Us. “Some [Dancing With the Stars] cast are aware about the breakup.”

The insider added that the split happened recently and Prew has since not “been seen in the audience” cheering on Siwa.

“JoJo is focusing on the competition and giving her all,” the source told Us. “While it’s a rough time for her, she’s handling DWTS very professionally and still putting on a smile and giving 100 percent. She doesn’t want to let down her fans.”

Everything JoJo Siwa Has Said About Coming Out, Girlfriend Kylie Prew

The Dance Moms alum originally went Instagram official with Prew less than one month after she came out in January. After taking their romance public, Siwa opened up about how the duo made long-distance dating work.

“A lot of FaceTime,” the former competitive dancer, who lives in California, exclusively told Us about staying in contact with the Florida native. “FaceTime was our best friend, is our best friend. I mean, we technically still are long-distance, but she’s been out in California for a minute now, which has been really nice, but we both just make it work, you know?”

The “Boomerang” singer also detailed how the pair made sure to never “hold things from each other.”

“We’re both super honest and we tell each other where we’re going, what we’re doing,” she added. “Like, trust is a huge thing with long-distance. And I think that us trusting each other is what makes it work.”

Confirms, from, JoJo, Siwa, split
You may also like: