JoJo Siwa has revealed she recently switched up her signature hairstyle — and says it was more difficult to tell her mom than when she came out.

While speaking with Instagram head Adam Mosseri on Tuesday, the 18-year-old Nickelodeon star shared that she’s decided to make a change to her hair and take out her trademark bow. Siwa explained the reason behind the hair “upgrade.” 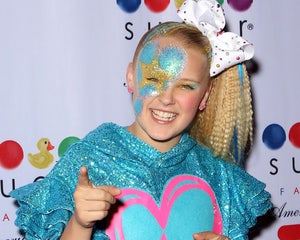 “I just had my 18th birthday and it was right around my birthday that I realized, ‘I kinda wanna do my hair different today,'” Siwa told Mosseri, per PEOPLE.

The “Dance Moms” alum — who came out as a member of the LGBTQ+ community back in January and identifies as pansexual — added that telling her mother, Jessalynn, that she wanted to change up her hair wasn’t a simple task.

Siwa said her mom asked her if it was “harder to come out to me or tell me that you wanna wear your hair different?”

“I was like, ‘It surprisingly was harder to tell you that I wanted to wear my hair different,'” Siwa said she told her mom.

However, the YouTuber assured that “the bow is still a part of [her] life.”

“I still love bows. I forever will,” Siwa told Mosseri. “They’re who I am, but maybe I won’t wear it every day.”

Meanwhile, also on Tuesday, Siwa took to her Instagram Stories to celebrate her and her girlfriend Kylie Prew’s five-month anniversary.

Alongside a sweet photo of herself and Prew, Siwa wrote, “You’ve changed my life for forever. I love you more and more every day.”

“Thank you for being the best girlfriend in the world.” 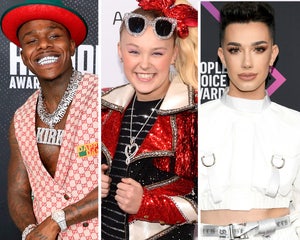 The dancer went on to share a heartfelt photo of herself and Prew holding hands.

“Happy 5 months my love bug,” Siwa wrote alongside the shot.

Prew gave Siwa a shoutout on her Instagram Stories as well, sharing a photo of herself kissing Siwa’s forehead.

“5 months with my absolute favorite person,” Prew said of Siwa. “I love you more and more each day :)”

Siwa revealed she had a girlfriend while appearing on “The Tonight Show Starring Jimmy Fallon” in early February. A few days later, she introduced Prew to her fans and followers on Instagram.