From one Bachelorette to another. Kaitlyn Bristowe is tuning in to this season of Dancing With the Stars — even if she doesn’t keep in touch with past partner Artem Chigvintsev.

Former ‘DWTS’ Partners That Stayed Good Friends After the Show

“There’s something so magical about watching it. I watched it with my mom from the first season it was on to now. And, you know, knowing what that process is like and the hard work that these dancers put in every day and how hard it is on your body and your mind, I love supporting the show and I actually miss it so much that I get this overwhelming feeling of joy that I, like, cry on every dance and laugh and I’m like, ‘Oh, I miss it,’” the 37-year-old reality TV personality exclusively told Us Weekly while promoting her partnership with Mars Petcare. “It’s such a family over there. … The No. 1 thing I learned about myself in that process was how resilient I was. I was like, ‘My body is meant to do some crazy things. … If I can do Dancing with the Stars, I can have a baby. I can do anything.’”

Bristowe won season 29 of the competition series with Chigvintsev in 2020.

“You know, what’s funny is I actually feel like Artem and I had — it [was] like a business,” she told Us of their relationship. “And then we moved forward, and I haven’t really talked to him, which is kind of sad. I don’t know. He’s busy. He’s dancing every day. He’s got a little sweet boy at home, and he just got married [to Nikki Bella], which I was so excited for them.” 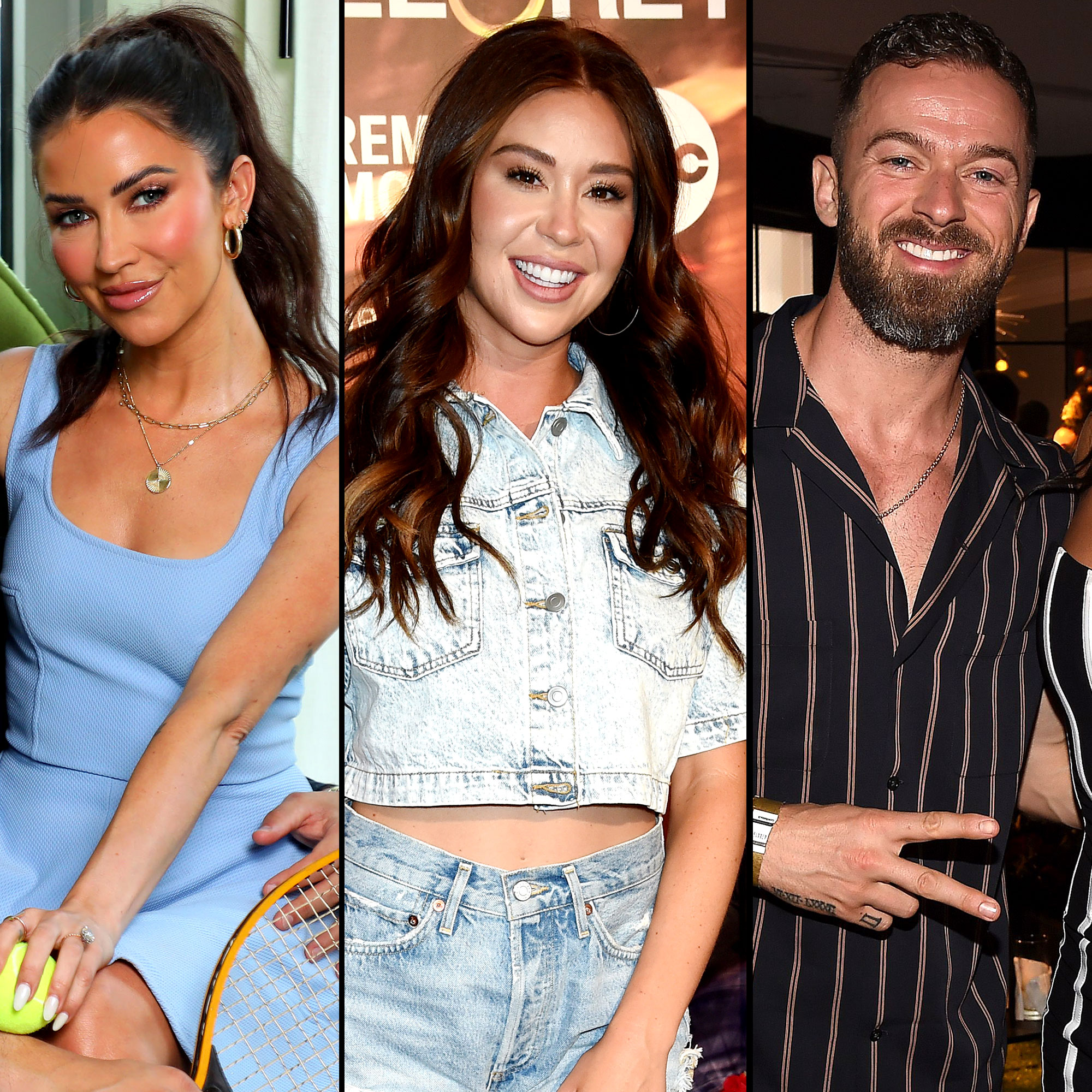 While Bristowe told Us that she’s rooting for everyone, she — of course — is supporting season 19 co-Bachelorette Gabby Windey.

“When I reached out, I was like, ‘I’m so excited for you. I’m here for you if you need anything — if you need advice, if you need a foot rub.’ I gave her all my advice and she said that she’s got some big shoes to fill and she is doing just fine,” the season 11 lead said. “She’s doing incredible. I know how busy [it gets] and how many hours go into that, so I have tried to reach out a couple times and be like, ‘Do you need anything?’ But I know she’s so busy. There’s so many people on the season I feel like I’m rooting for. It’s just packed with talent and inspiring people.”

She went on to name Jessie James Decker and Daniel Durant.

“Jessie James Decker, I had her on my podcast and you know, I’m friends with Alan [Bersten], so rooting for them because I see that she is working so hard and she wants it so bad and she’s such a hands-on mom who’s still, like, you know, traveling back and forth to Nashville and L.A. and taking her kids to soccer and gymnastics and doing all that while doing this and touring, and she’s just a beast,” Bristowe said. “Daniel, oh, my gosh. Talk about inspiring and I love seeing his partnership with Britt [Stewart] because you can tell she’s really invested in learning sign language and that partner communication is so important.”

The Spade and Sparrows founder was on hand to raise awareness for fostering and/or rescuing cats and dogs across the country.

Celebrity Pets That Have Their Own Social Media Accounts

“If anyone follows me, we all know that I am a loving dog mom to my two rescues, Roman and Pinot. So I was just so excited to team up with Mars because they’re launching their Service Humans Needed program, and it’s bringing awareness to the importance of adopting and supporting adoptable dogs and cats across the US and Canada,” she explained. “It’s really sad — the crisis that’s going on with animal shelters. They’re kind of on pace to have their worst rates of overpopulation. So it’s scary and the fact that I can use my voice and platform to bring awareness to this. There’s over hundreds and thousands of dogs and cats who are in shelters that are looking for their forever homes and need our help.”

She added: “Shelters need our help right now and to join me and Mars in spreading awareness and going to bettercitiesforpets.com/servicehumans because I’m just really passionate about it. Because of recusing, I’ve done a lot of research and follow a lot of accounts, so just super important to get involved in any way that you can.”