Out on the town! Katie Holmes and boyfriend Bobby Wooten III have made their red carpet debut as a couple — and they looked stunning doing it.

‘Dawson’s Creek’ Cast: Where Are They Now? 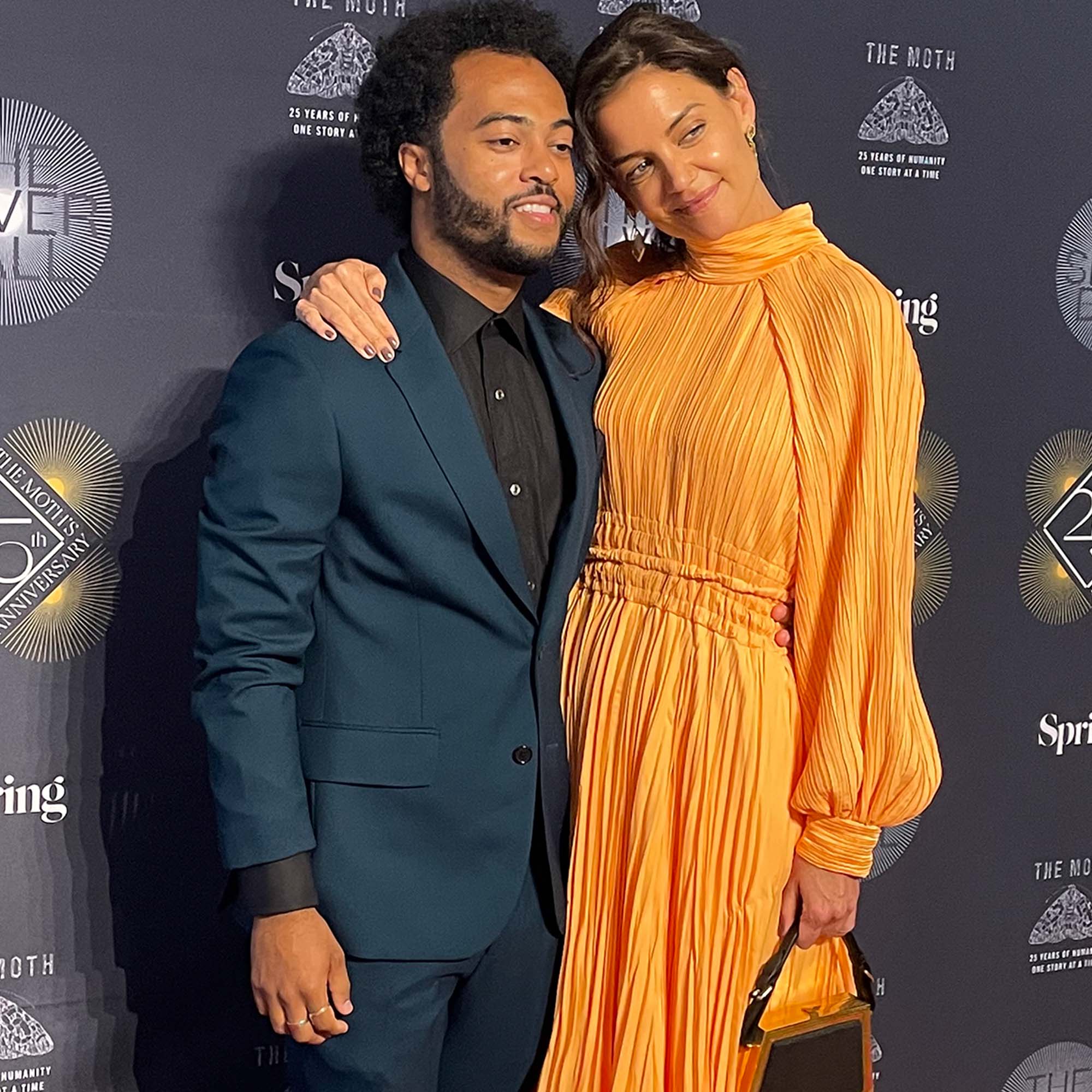 Holmes donned a flowing orange gown and accessorized the ensemble with black strappy sandals. Wooten, who was in attendance to present David Byrne with an honorary award, rocked a deep blue suit and fitted black shirt.

Fan-Favorite TV Couples Who Didn’t End Up Together

“I’m happy to have [Katie] here as my date,” the Broadway performer exclusively told Us Weekly on the carpet. Later in the evening, an insider exclusively revealed to Us that Holmes looked comfortable with Wooten and the two were “acting like they’ve been dating a long time.” The Batman Begins actress was seen doting on the Illinois native as they walked hand-in-hand and stopped to smile for the cameras before heading upstairs to cocktail hour.

“I’m so excited to be here for David [Byrne]. He’s impacted my life like crazy so it’s quite easy to speak on everything he’s done for me,” the producer told Us about his role for the night. 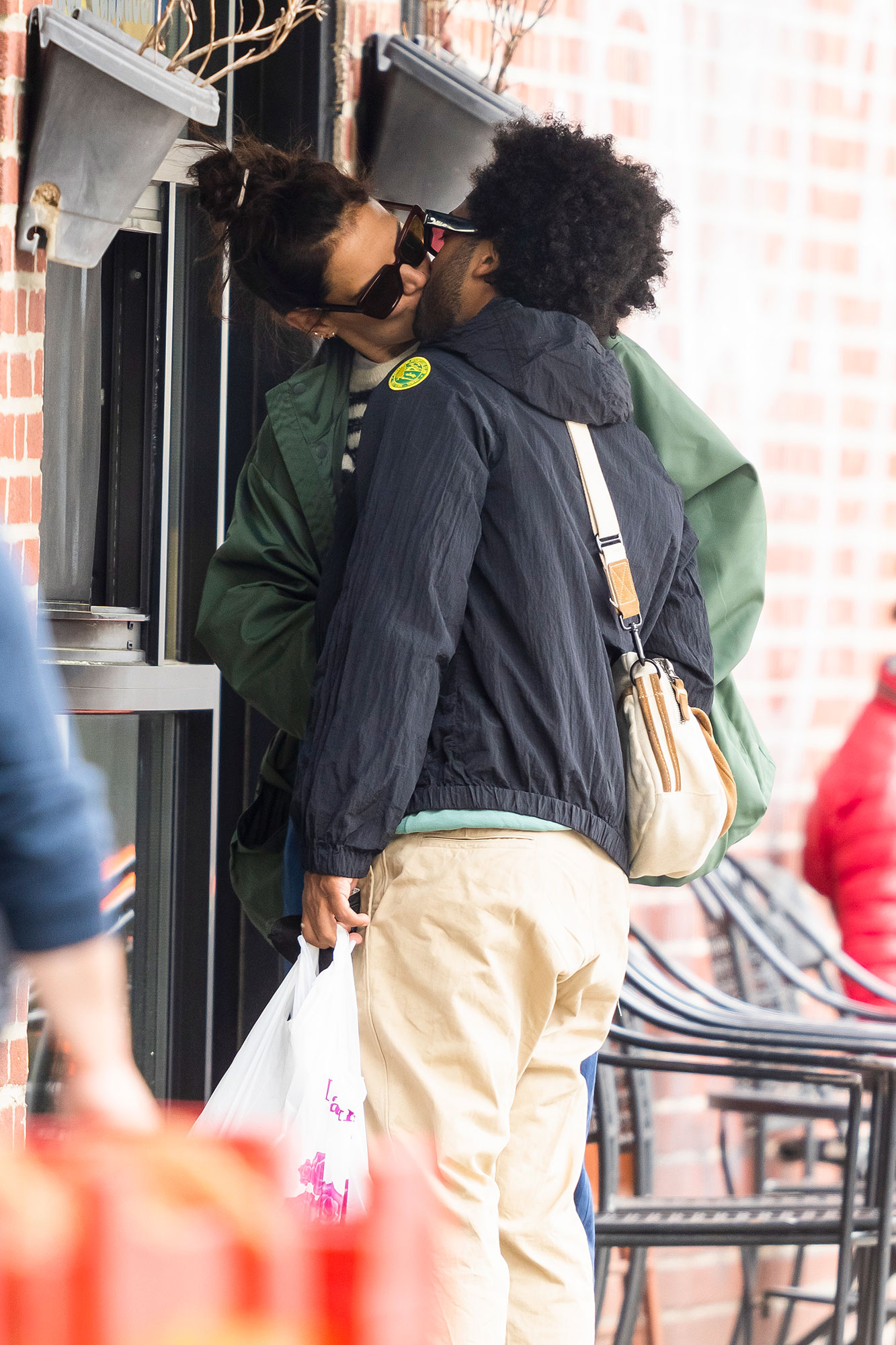 When asked about his own future plans, the bass player revealed he was booked and busy: “This summer I’m out with Carly Rae Jepsen, I’m back at Moulin Rouge [and] I just finished up teaching.”

Earlier this month, the lovebirds were spotted making out in NYC, in a photo obtained by Us. The Kennedys alum and composer rode bikes around the Big Apple while sharing a few kisses and stopping for food.

The duo first sparked dating speculation one month prior when they were seen hand-in-hand near the Guggenheim Museum, nearly one year after Holmes split from chef Emilio Vitolo Jr.

The Coda actress was first linked to Vitolo, 34, in September 2020 when the two were seen getting cozy in New York. A source told Us exclusively at the time that the Ohio native “feels so blessed to be with a centered, down-to-earth, kindhearted companion who isn’t affected by the fame and puts happiness and traditional values first.”

Despite the instant spark, Us reported in April 2021 that the duo were “taking space” from one another. One month later, Us confirmed that the relationship had “fizzled” for good.

“They figured out they’re better off as friends. Thre’s no drama that went down with the breakup and in fact, they’re still friends,” an insider explained to Us in May 2021. “Katie and Emilio really enjoyed their time together — it just simply didn’t work out. She’s focusing on being a mom and her upcoming projects.”

Prior to her romance with the Ballato owner, the Pieces of April star was linked to Jamie Foxx, whom she dated from 2013 to 2019. Before spending time with the Ray actor, Holmes was married to Tom Cruise, with whom she shared daughter Suri, 16, for six years before calling it quits in July 2016.