Follow
Home » Lifestyle » Keanu Reeves ‘embarrassed’ by the money he’s made, gives a lot away: sources

Keanu Reeves apparently took the title of his movie “Something’s Got to Give” pretty seriously.

The actor has made a lot of money — by some estimates, around $315 million — but, a longtime family friend told The Post, “He’s somewhat embarrassed about that.”

So, after being hit by a slew of tragedies, he’s made it a life mission to spread the wealth.

“Keanu’s given away a lot of money and done a lot more for people than most will ever know,” said the family friend. “He knows how lucky he is. Unlike many Hollywood mega stars, he never takes any of this for granted.”

Although a December report that Reeves had donated 70 percent of his salary from the first “The Matrix” film to cancer research was debunked by the actor’s publicist, he is still one of the most generous stars in Hollywood — giving lavish gifts to co-workers, food-service employees, his family and charities. 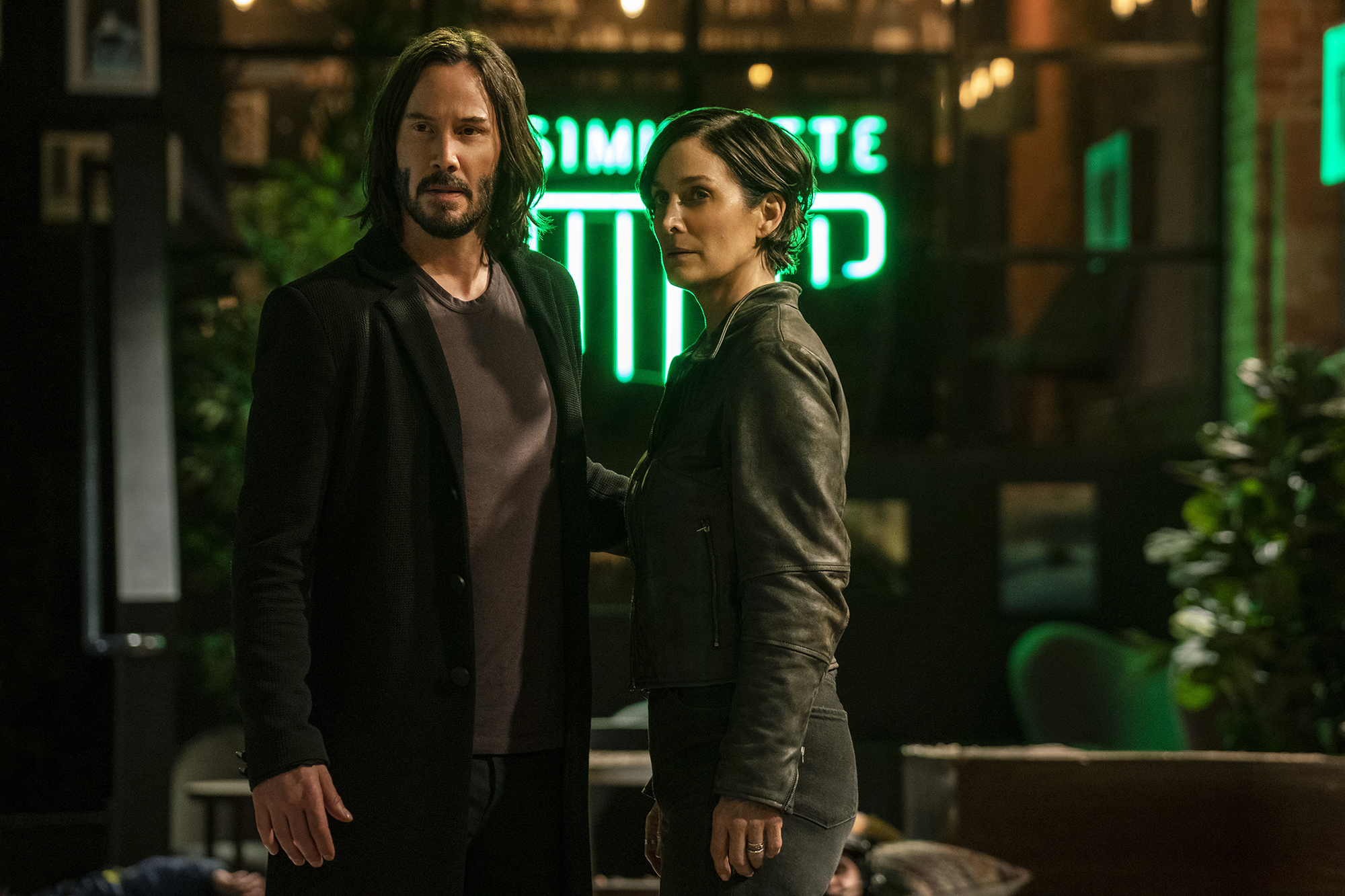 “Keanu’s infamous for his generosity,” said a Hollywood producer, citing the story that the actor slipped a $20,000 bonus to a “Matrix” set builder after learning the crew member was having financial troubles.

Reeves also gifted each of the 12 stuntmen on “The Matrix Reloaded” with one of his own favorite things: a Harley-Davidson bike. On “John Wick 4,” which he shot recently in Paris and Berlin, Reeves gave Rolex Submariner watches to the stunt guys, complete with personal inscriptions.

“Trust me, stunt guys are all dying to work with Keanu,” said a Hollywood production source. “Not just for the gifts. It’s because he takes them so seriously and credits them with helping contribute to his success. Stuntmen, fight trainers — these people rarely get that.” 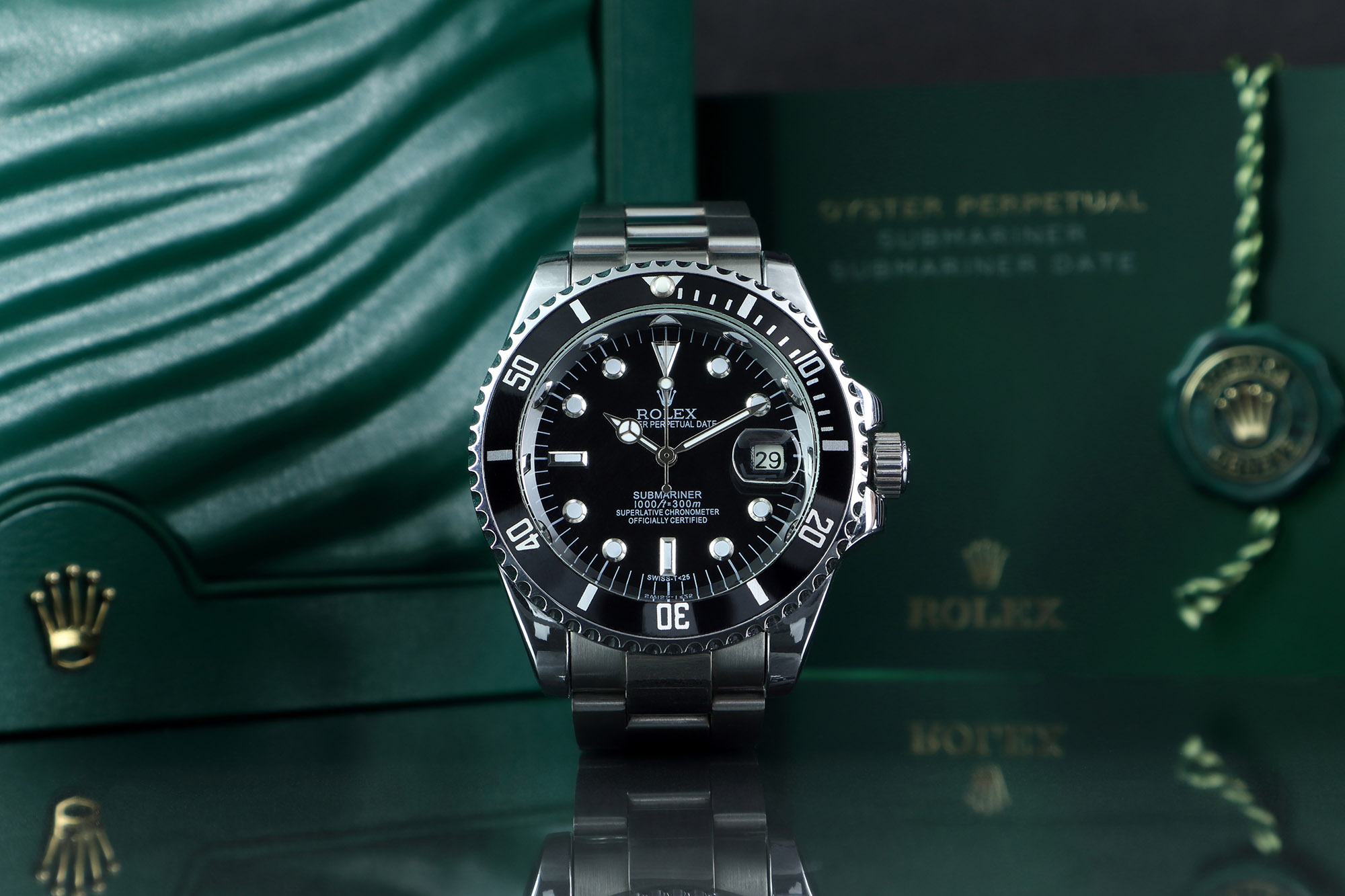 “The reason Keanu’s starred in 60 movies,” said one casting director who’s worked with him, “is that, on top of audiences, directors love him, co-stars love him, crews love him. He’s always prepared, he’s always on time. Considerate, communicative, caring — there’s no one whose name he doesn’t know or hasn’t had a conversation with.”

But insiders say that part of his desire to share comes from having lost so much in his own life.

Reeves was reportedly devastated in 1993, when his best friend and “My Own Private Idaho” co-star, River Phoenix, died of a drug overdose.

In 1999, his then-girlfriend Jennifer Syme, an assistant to director David Lynch, gave birth a month early to their daughter — but the baby, named Ava, was stillborn. The grief was too much for the couple’s relationship; they broke up not long after, then reunited in 2001. 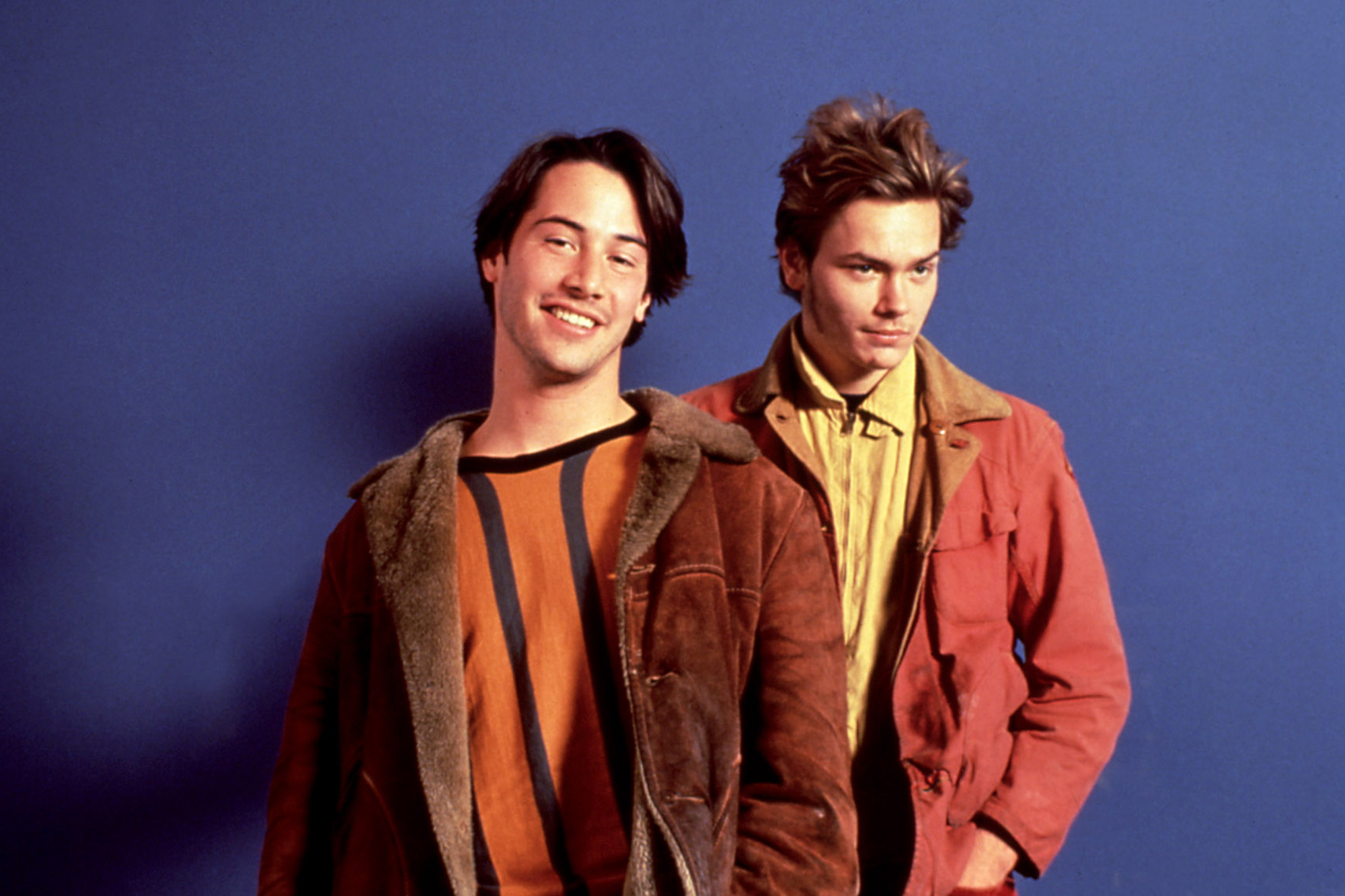 Syme, 28, was reportedly battling depression the night she drove her Jeep into a line of parked cars in Los Angeles on April 1, 2001. She died instantly, and an investigation found she was intoxicated at the time of the wreck.

“If Ava’s death wasn’t devastating enough, he’d considered Jennifer his soulmate,” a colleague said of the actor. “He had some seriously dark days after that.”

His life’s tragedies inspired Reeves to accept the role of the titular grieving assassin in the “John Wick” film series.

“He really related to that character, passionately motivated by loss — of his father when he was a kid, of River, of his child, of a woman he spent several years with,” said the casting director. 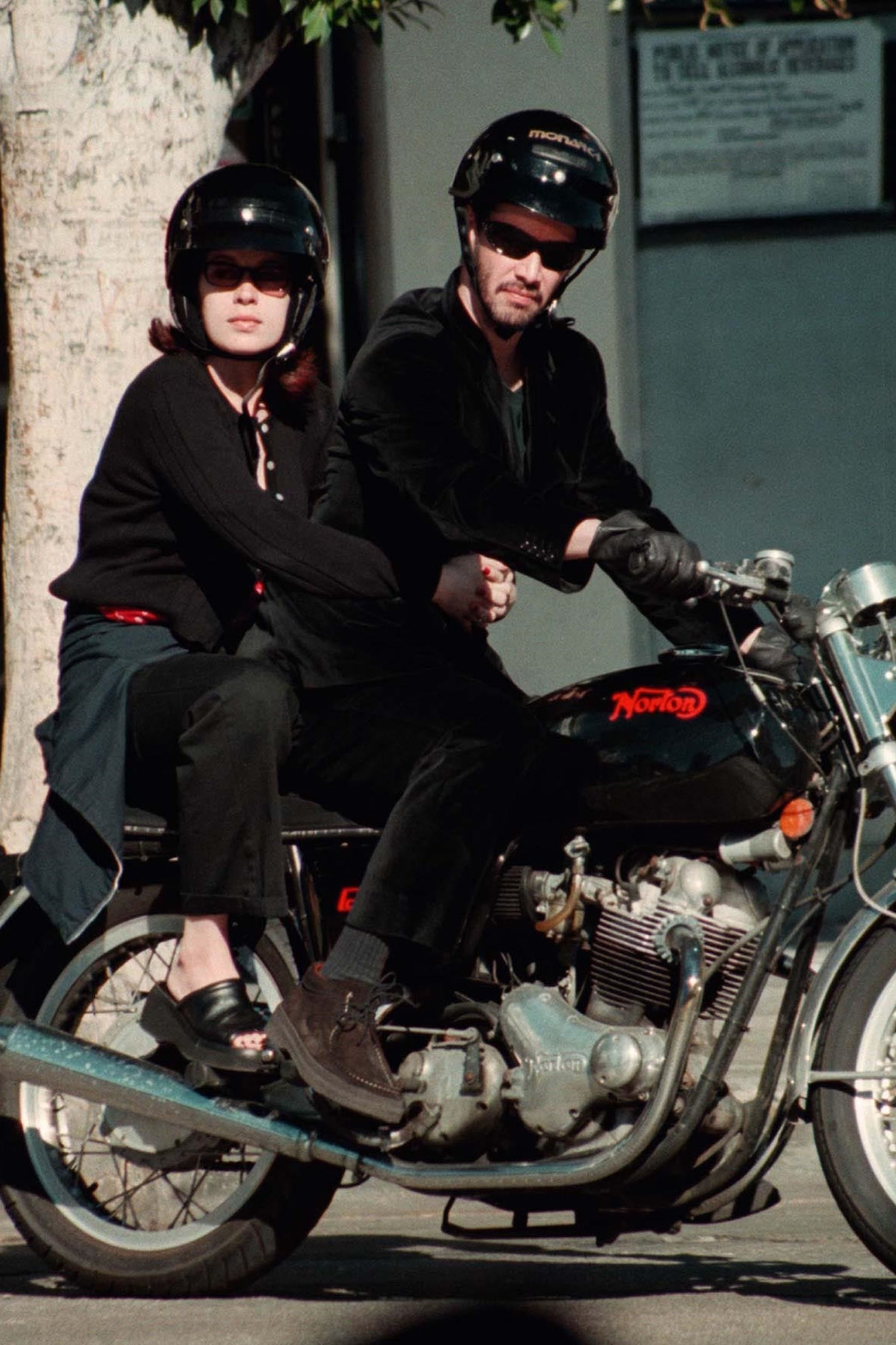 The actor’s father, Samuel, abandoned the family when Reeves, who was mostly raised in Toronto, was only a toddler. Samuel, who passed away in 2018, served two years of a ten-year sentence in prison for possession of drugs; while he was still living, Reeves reportedly had little to do with his dad.

“The story with me and my dad’s pretty heavy,” he once told Rolling Stone. “It’s full of pain and woe and f–king loss and all that s–t.”

“Keanu will always resent his late father,” said the family friend. “His young years were rough. He was always in the shadow of [his father’s] drug addiction — he’s always feared that. But that might be the thing that led him into acting, that lit his fuse, so to speak. It helped him from thinking too much, which is his tendency.” 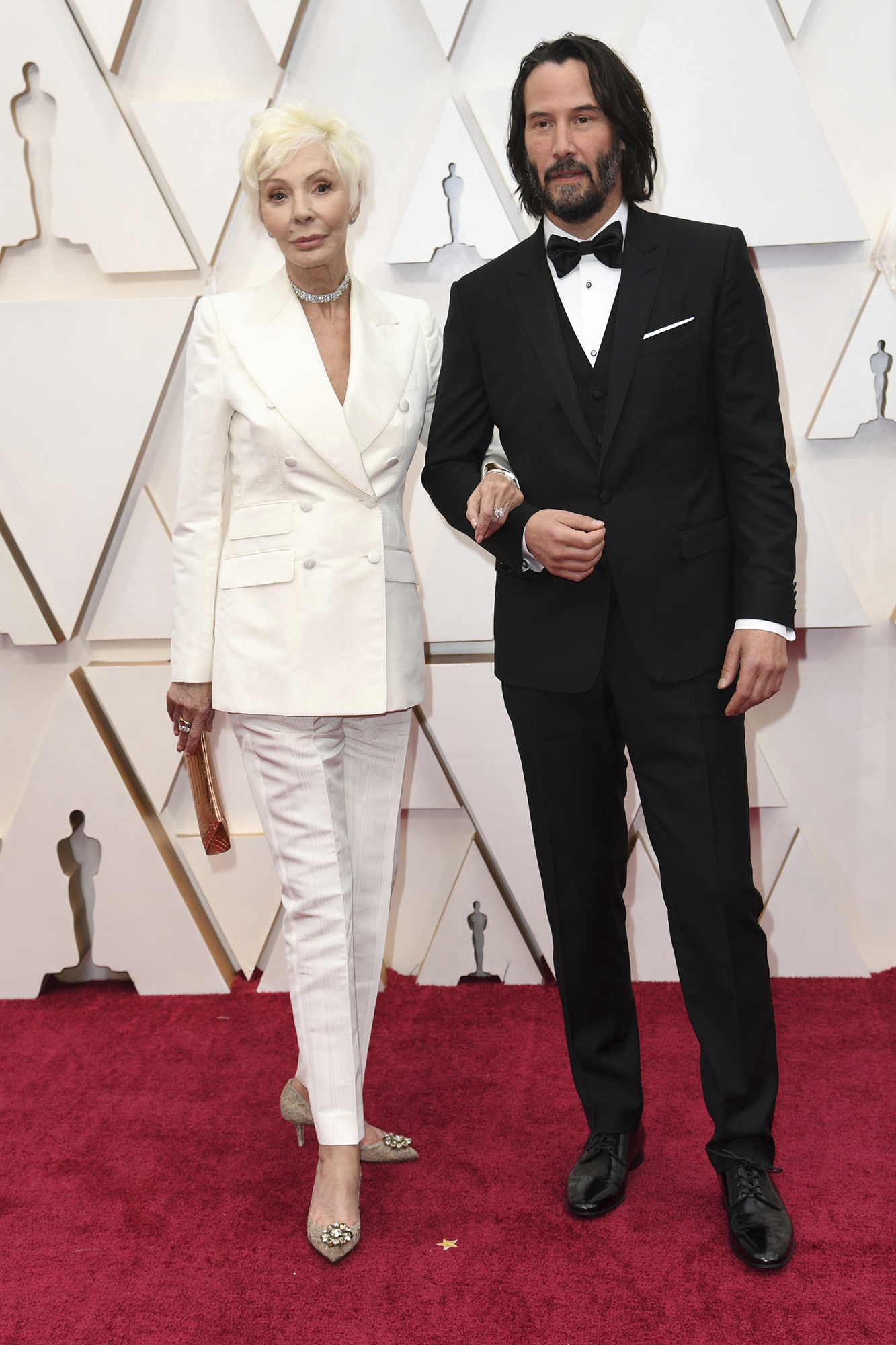 Reeves is very close to his mother, costume designer Patricia Taylor — he bought her a home in Los Angeles before purchasing one for himself — and his two sisters.

“Keanu and two of his sisters — Kim and Karina — are very close,” said the family friend. (He reportedly doesn’t have a relationship with Emma, his half-sister by his father.)

Kim was diagnosed with leukemia in 1991, and that has inspired Reeves to reportedly donate millions to cancer charities — including auctioning a “date” with himself in 2020 for Camp Rainbow Gold, a children’s cancer organization. (Winning bid: $16,000.)

“My brother is my prince,” Kim, who went into remission in around 2010, told People. 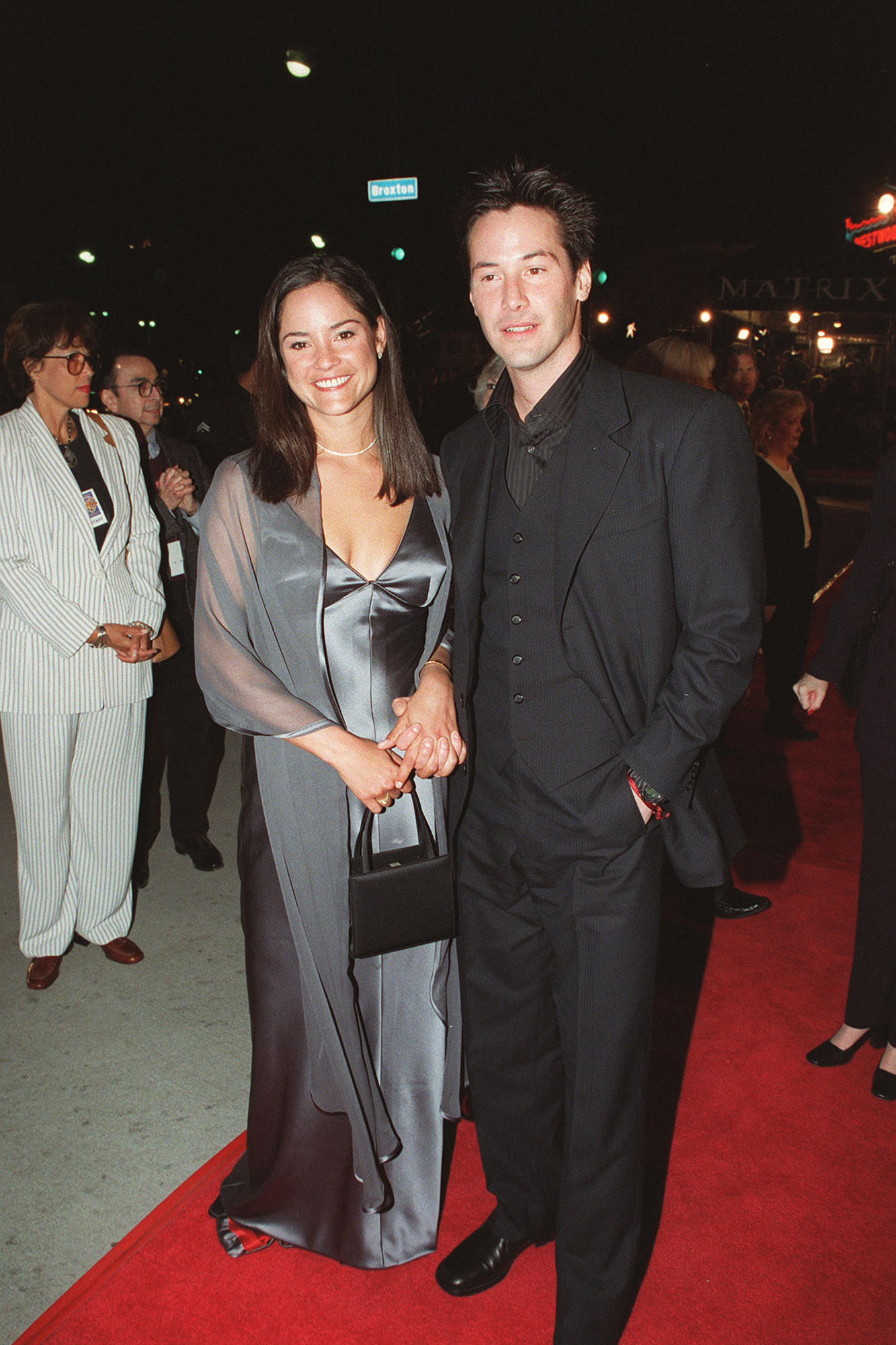 “He’s a true nomad,” said a Chateau Marmont source of Reeves. “He didn’t even buy a house till he was 40. He lived in hotels — mostly The Chateau. He’d often wander around the hotel’s grounds, rather ghost-like.”

Friends say that the actor, who has dated “Mallrats” star Claire Forlani and photographer Amanda de Cadenet, has found solace in his low-key romance with artist Alexandra Grant, 48. 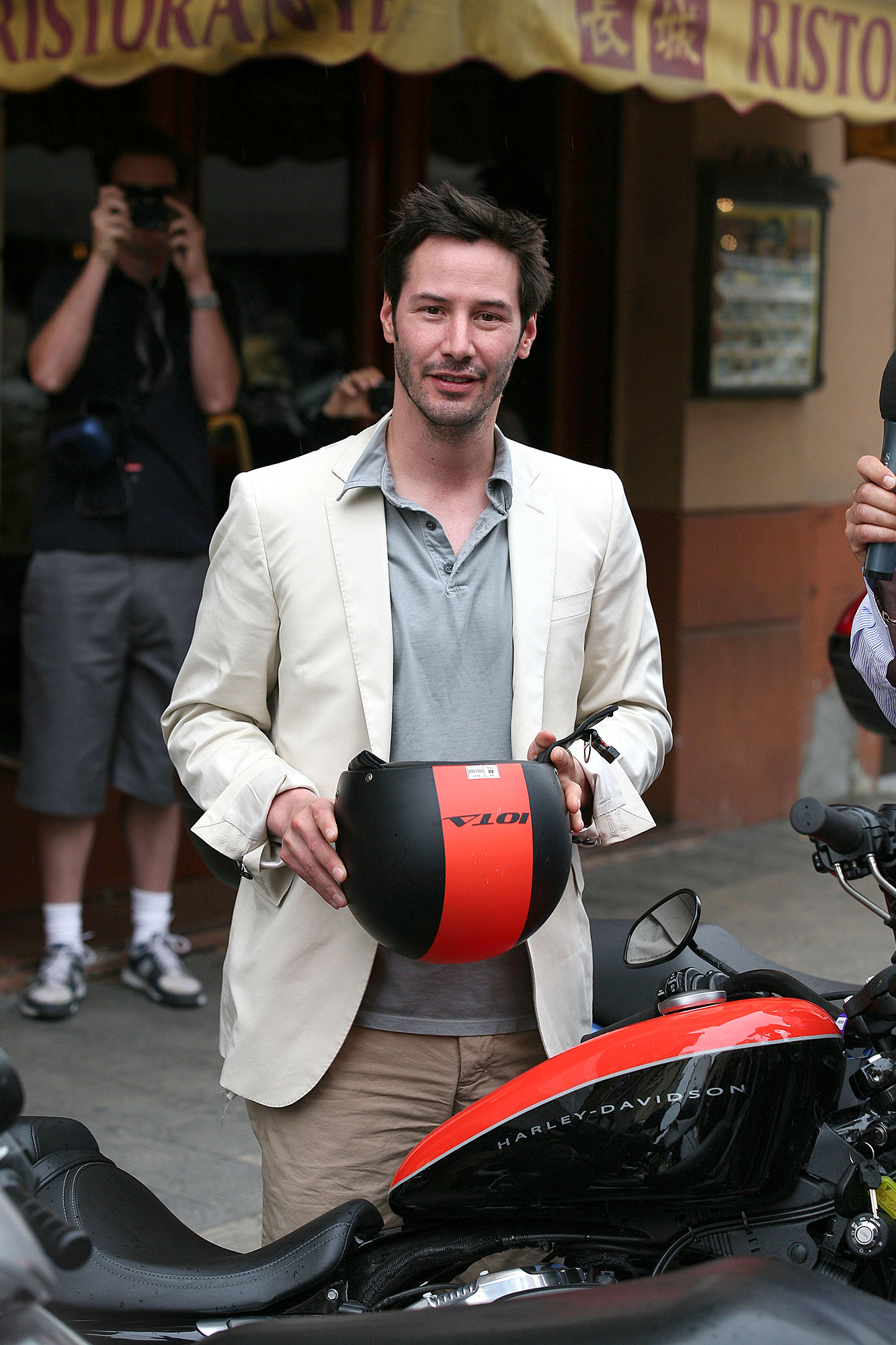 “It’s the first relationship that’s really calmed him down,” said a source who knows them both. “Not only that. Keanu’s mother loves Alexandra. Big fan. That makes Keanu a bigger one.”

Grant reportedly met Reeves at a 2009 birthday party he threw for their mutual friend, film editor Janey Bergam. Reeves and Grant became friends first, then business partners after she illustrated some of his poetry and they launched X Artists Books to publish it as the book “An Ode to Happiness.” They began dating around 2017.

“The fact that Alexandra isn’t jealous of his movie stardom makes Keanu relieved,” said the mutual friend, nothing that Grant’s paintings and sculptures have been shown across the US and Europe. “She clearly has her own life, her own successful art career. She’s elegant and dignified — a total class act.” 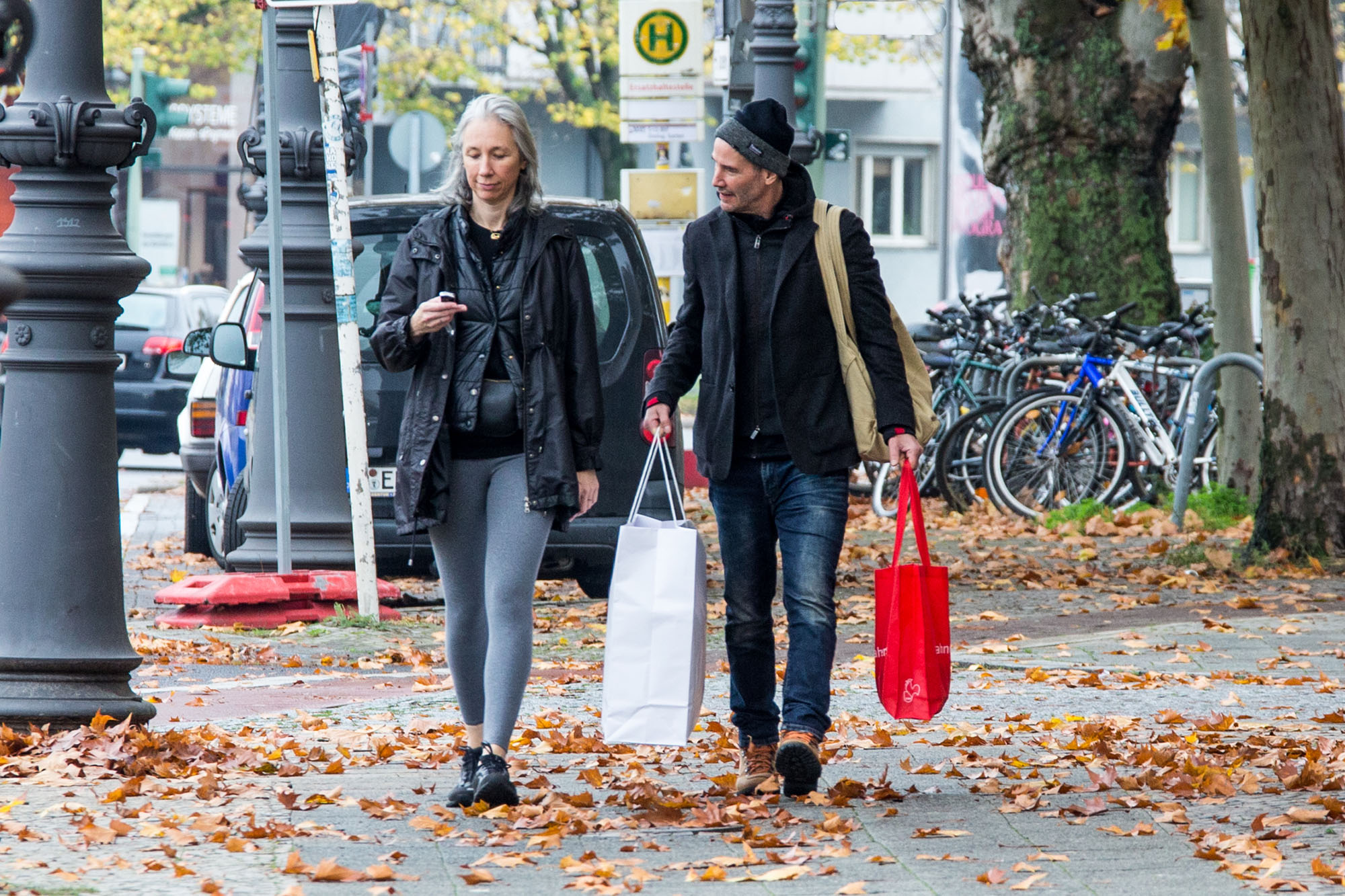 While Reeves has told friends that he’s grown more comfortable with the whole fame thing after many years of unease, he and Grant closely guard their private time.

“If someone [speaks out on the record about the couple], they will find themselves admonished or extricated from their lives,” said the mutual friend. “They’ve made a pact. They’ve read some friends the riot act for speaking out about their relationship. While things are going well, they’re both hung up on the idea that publicity of any kind will harm their relationship. It’s a superstition they both believe.”