Putting herself first! Kelsea Ballerini gave fans a glimpse at her at-home beauty routine just days before saying goodbye to a rough year.

Everything Kelsea Ballerini and Morgan Evans Have Said About Their Divorce

“A lil self care moment,” the 29-year-old musician wrote via her Instagram Story on Thursday, December 29.

The “Peter Pan” songstress shared a video of herself wearing a full-face mask while listening to SZA’s “Special” in her bathroom. 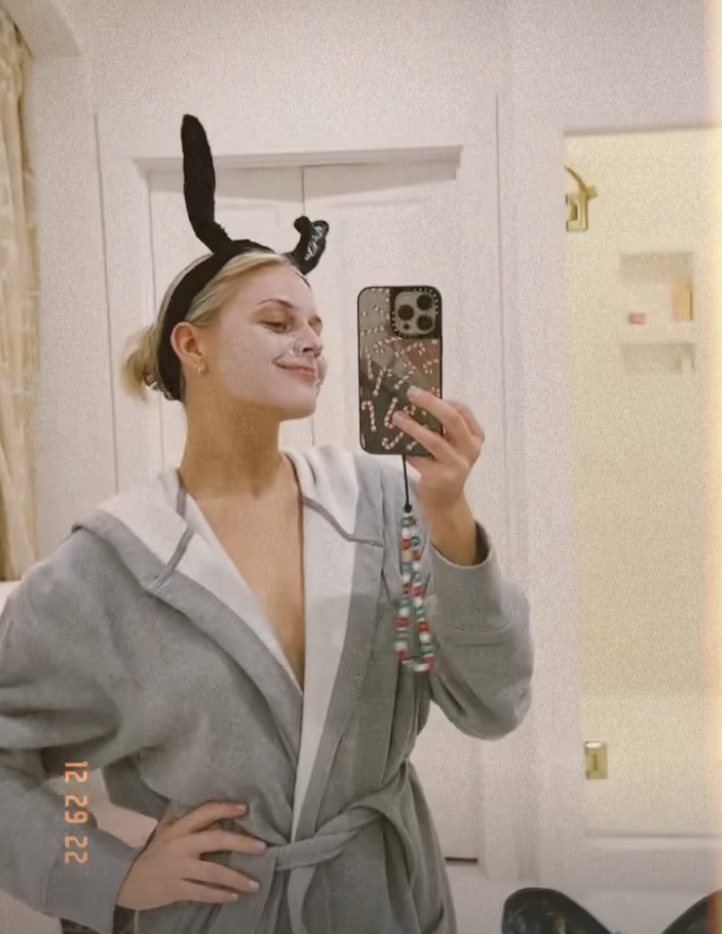 The lyrics, “Hate how you look at her ’cause you never saw me / Like I was an art piece, like I was an ordinary girl / I wish I was special” played in the background as Ballerini gave the camera a thumbs up over her self-love look.

The Grammy nominee also had a Skin Pharm towel wrapped up on her head in the shape of bunny ears and sported a grey robe as she turned in for the night.

Ballerini’s message of love and care came a few weeks after she confessed that the holidays brought up mixed emotions for her following her split from Morgan Evans earlier this year.

“Hi. Sending you a hug,” the Tennessee native wrote via Instagram on December 19. “Holidays can be both a beautiful time and also bring up some big, hard feelings.”

She reminded her followers that it’s “OK to feel it all” and warned them to “protect those precious hearts” before wishing everyone a Merry Christmas.

Sunday, December 25, marked the “Heartfirst” songstress’ first Christmas since finalizing her divorce in November. Ballerini and Evans, 37, announced their split in August after more than four years of marriage.

“They’ve been working on their marriage for many years and have even tried therapy,” a source exclusively told Us Weekly at the time, noting that the duo “privately separated at one point” before giving their relationship another shot.

The pair, who started dating in March 2016, “ultimately decided that they had no choice but to officially separate,” the insider added.

While the former couple, who tied the knot in December 2017, both separately attended the 2022 Country Music Association Awards in early November, they seemingly actively avoided one another throughout the night.

The “Hole in the Bottle” singer and the Australia native were “keeping their distance” at the event, an eyewitness exclusively told Us, noting that the exes “were not seen together at all — and never crossed paths.”

A few days later, the former spouses signed their divorce documents, which the “Miss Me More” singer confirmed during a November 15 appearance at the Grand Ole Opry in Nashville.

“The truth is that this morning I started my day at the courthouse finalizing my divorce. And then getting nominated for a Grammy, and then getting the keys to my dream home, and now standing in the circle of the Opry,” Ballerini said of the whirlwind day. “And s—t, if that ain’t country music, I don’t know what is.”