While it’s unclear if Kenya Moore and Marc Daly will reunite romantically, there’s no question that they are always going to do what’s best for their 2-year-old daughter, Brooklyn. That is why the estranged couple recently reunited to enjoy a getaway to the Bahamas with the adorable child. Moore shared a photo on Sunday (May 27) of herself, Brooklyn and Marc at the SLS Baha Mar Hotel. The Real Housewives of Atlanta star, who recently turned 50, looked fantastic in a snake-print cut-out bathing suit as she was all smiles with her family. 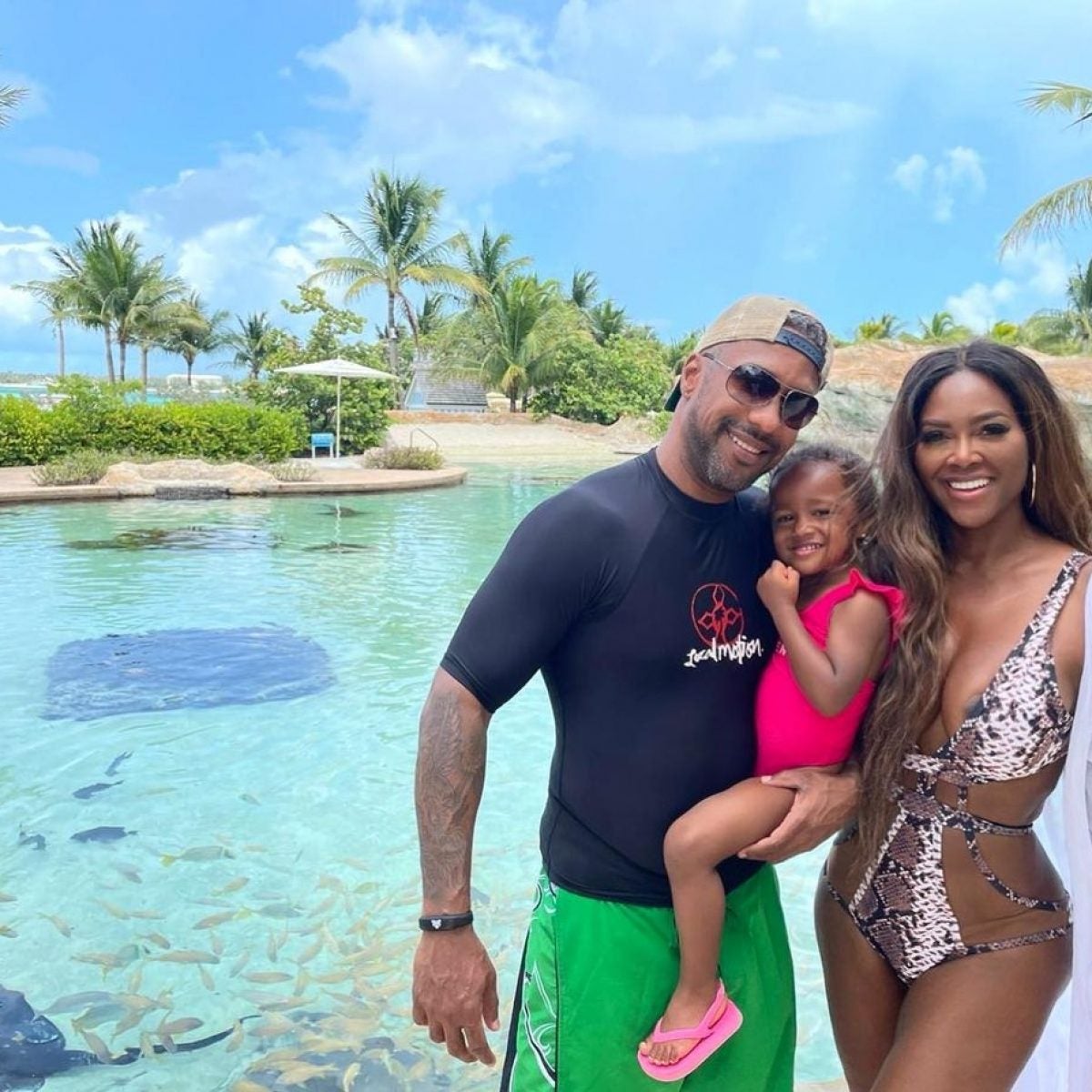 She paired her aquatic look with a sheer white duster and sandals as she showed all the way out during the trip, “blowing and glowing in the wind.” 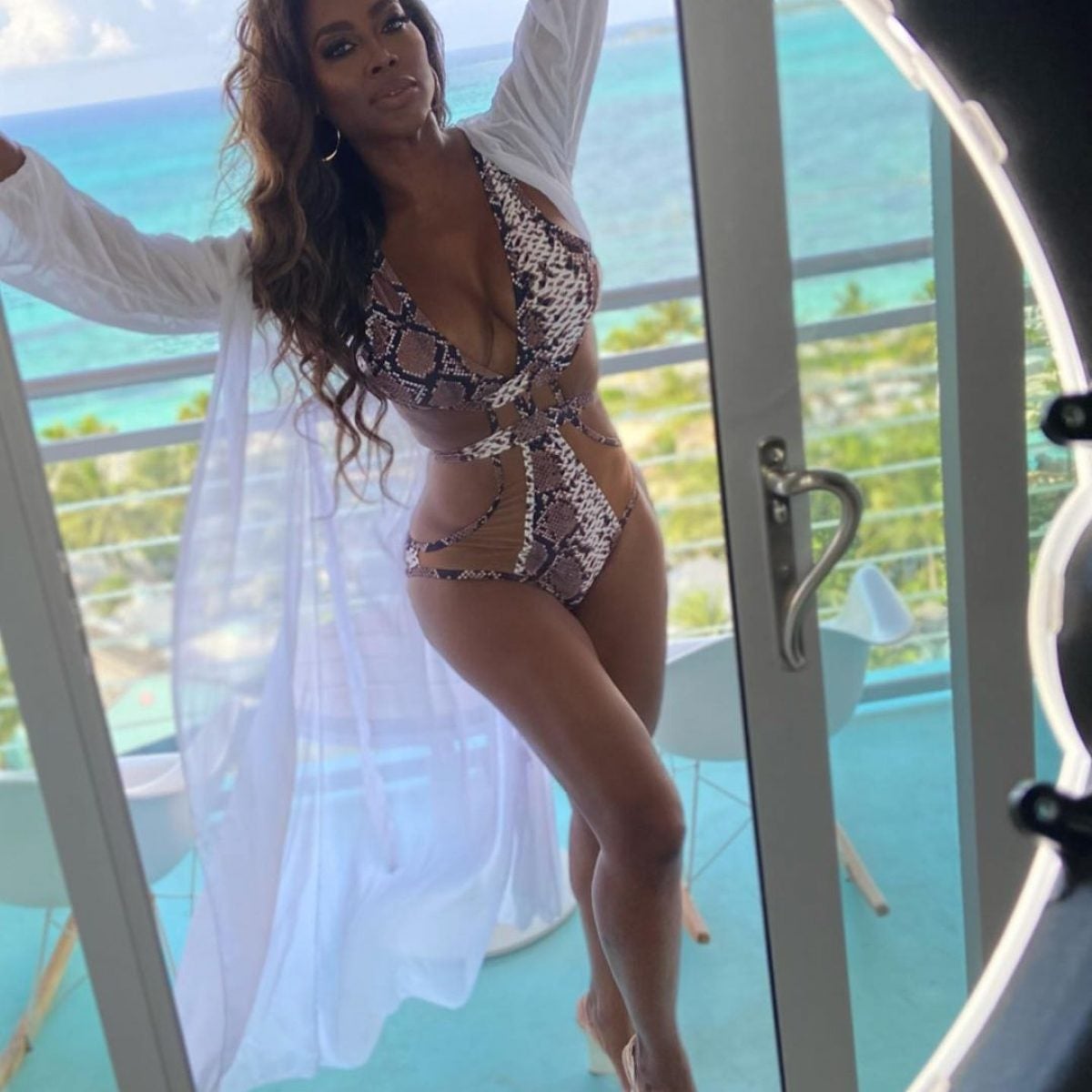 Competing for best vacation photo, Brooklyn also struck a pose in an adorable Givenchy one-piece bathing suit and matching flip-flops as she enjoyed all the fun in the sun (and the watermelon that came with it). 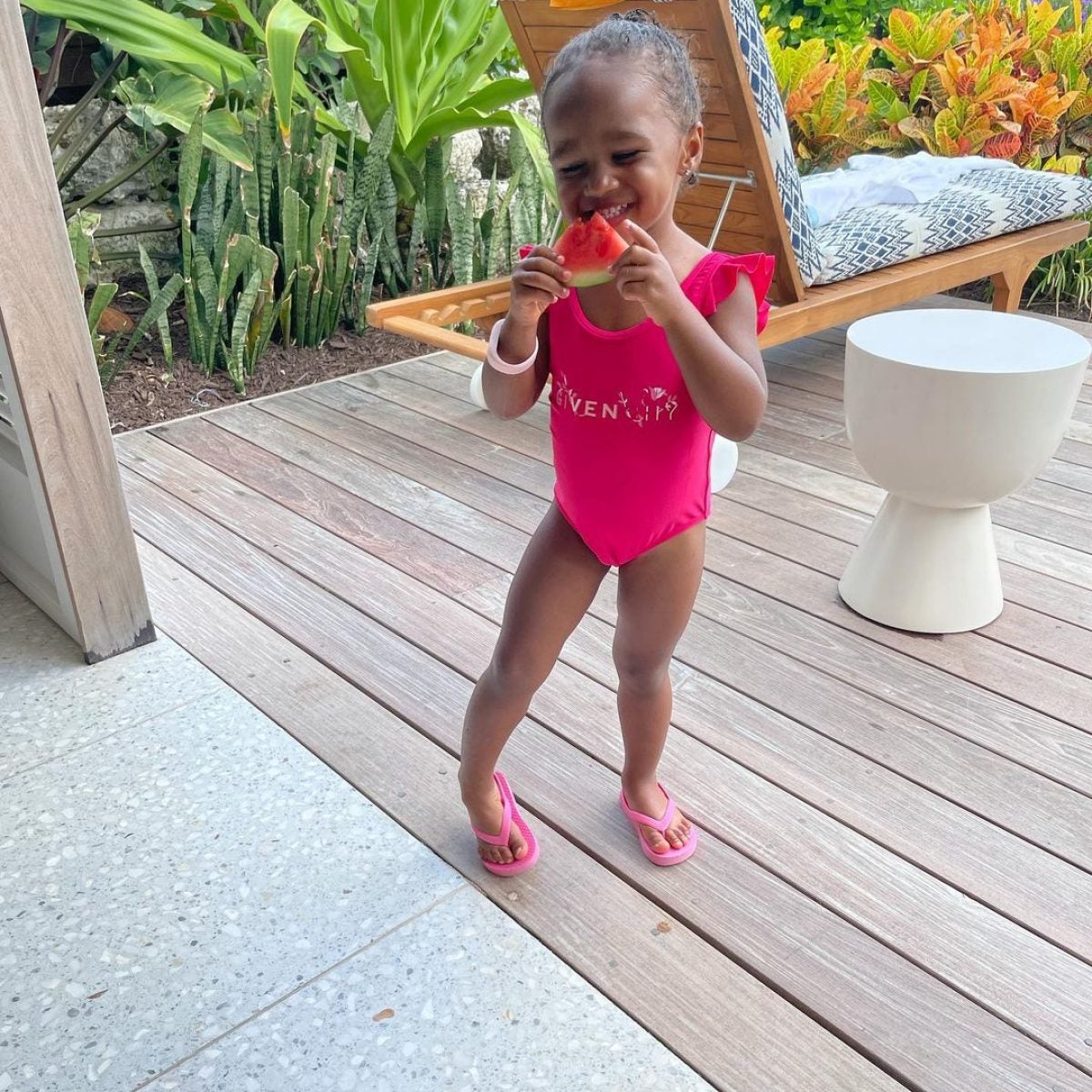 The vibes between Kenya and Marc seemed good, in photos at least. It’s nice to see considering she shared with ESSENCE in December that their relationship was in a “fragile” place. The two separated in 2019 and have tried to make things work, off and on, since. What was standing in their way of working was struggles with communication. She noted that while she could go toe-to-toe with her RHOA co-stars when they have disagreements, she wouldn’t do it in her marriage.

“I am very big on talking and not fighting and just explaining things so we can get to an understanding. He is not of that same mindset,” she told us at the time. “If someone is hurting, a lot of times they express themselves in a kind of disrespectful way, versus a way that is conducive to getting to an understanding. For me, that doesn’t work. When it comes to someone that I love, I don’t hit below the belt. I don’t fight people that I love. I know it may be hard to believe because I’m on this show and I don’t mind going up against these girls. But when it comes to my family, I don’t do that. That’s kind of been a major factor in our relationship that makes me shut down. I just will not tolerate a certain type of communication.”

Soon after that, Daly claimed that they would move forward with ending the marriage, but perhaps there is still hope. If there’s not though, we’re just glad to see the family, a beautiful one, looking as happy as they do.

And, Daly, enjo, Kenya, Marc, Moore
You may also like: