Peres Jepchirchir was the first woman to cross the finish line of the 2021 New York City Marathon, completing it in just 2 hours and 22 minutes.

Peres Jepchirchir from Kenya was named the female winner of the 2021 New York City Marathon on Sunday November 7! She completed the 26.2 mile course through the five boroughs in just two hours and 22 minutes. After starting in Staten Island and running through every borough up to the Bronx, runners went back into Manhattan for the finish line outside of Central Park. Peres completed the course after the male winner of the marathon Albert Korir, also of Kenya, who completed the marathon in 2 hours and 8 minutes. He previously came in second in 2019. 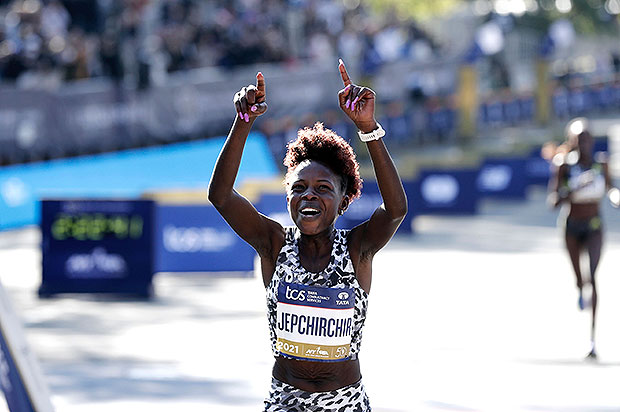 Five American women finished in the top 10 this year, including Olympic bronze-medalist Molly Seidel who finished fourth with a time of two minutes and 24 seconds. It was an American course record, beating Kara Goucher’s previous record of two hours and 25 minutes. “I’m so incredibly honored, there are so many good women who’ve run on this course,” Molly told media said after the race. “I think it’s really a testament to the women who are in this race that I was able to kind of just hang out with that group. And obviously I fell off the main pack. But I kind of just kept pushing and trying to stay on that pace.” 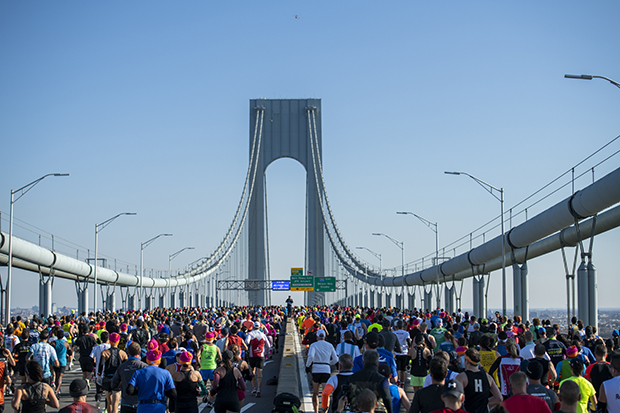 A virtual marathon was held instead over a period of 15 days, according to a press release. The event hadn’t been cancelled since 2012, when it was stopped by Hurricane Sandy. Due to the ongoing health crisis, the field size was modified for the race in collaboration with the mayor’s office and the state of New York. “This will be an unprecedented and historic year for the TCS New York City Marathon as one of the most iconic New York sporting events makes its return,” TCS NYC Marathon Race Director Ted Metellus said in a May press release. “As we stage a safe and memorable race for the 50th running, this year’s marathon will showcase our great city’s strength, inspiration, and determination.”

new york city marathon, NYC Ma
You may also like: