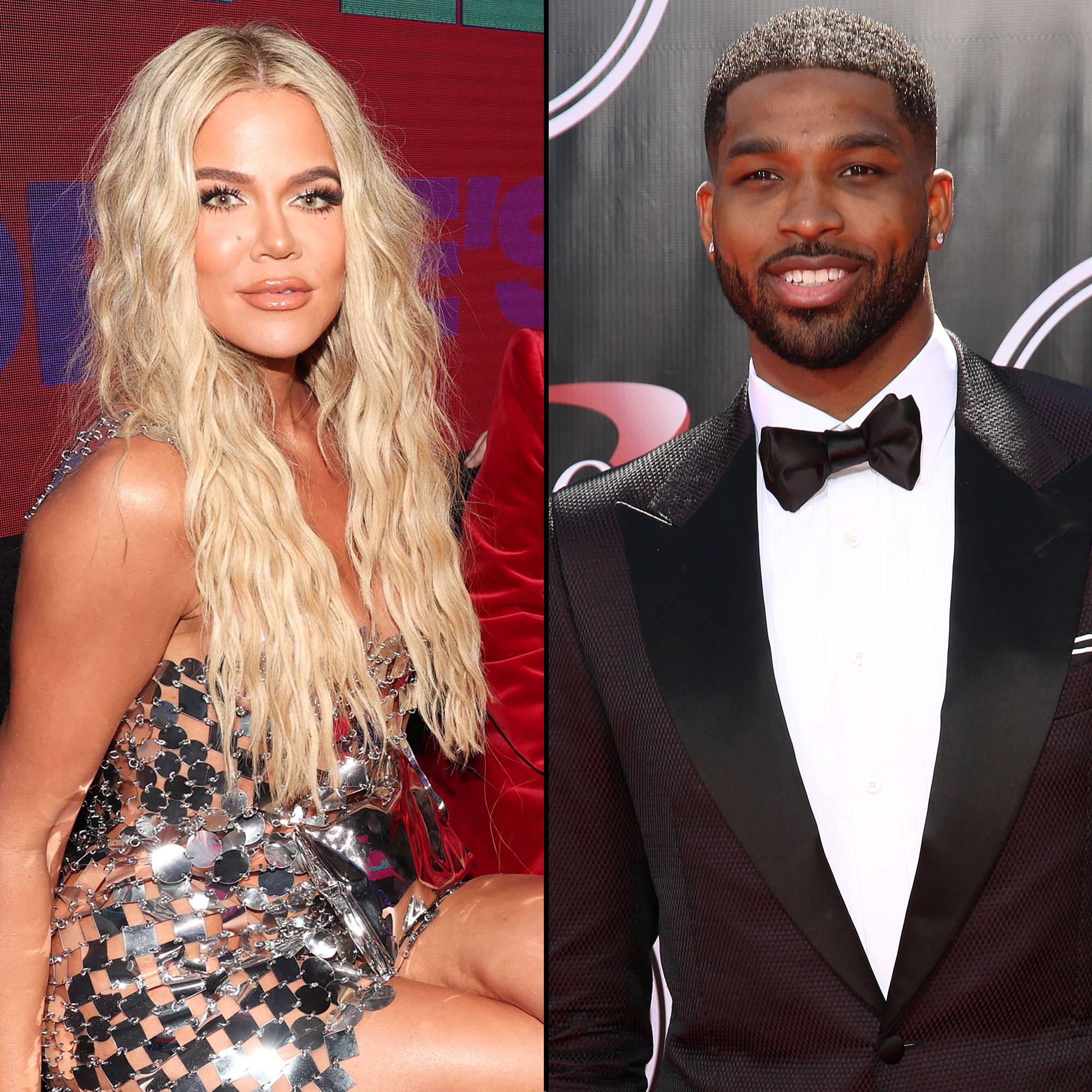 Putting on a brave face. Days after Tristan Thompson‘s paternity lawsuit hit the news, Khloé Kardashian was trying to keep her spirits up during an appearance at the 2021 People’s Choice Awards, an eyewitness exclusively tells Us Weekly.

See What the Stars Wore to the People’s Choice Awards

According to the insider, Kardashian, 37, “wasn’t smiling a lot” during the awards show and appeared “really distracted” throughout the night. The reality star was “constantly on her phone” and she “didn’t look too happy” when she showed her sister Kim Kardashian something on her iPhone.

Kim, 41, who was honored with the Fashion Icon Award, was able to “calm [Khloé] down,” who later “turned it up for the cameras.” According to the eyewitness, having the Skims founder and Kris Jenner there with Khloé “seemed to be the support she needed.” Her family “just let her do what she needed to do” as they sat beside her. 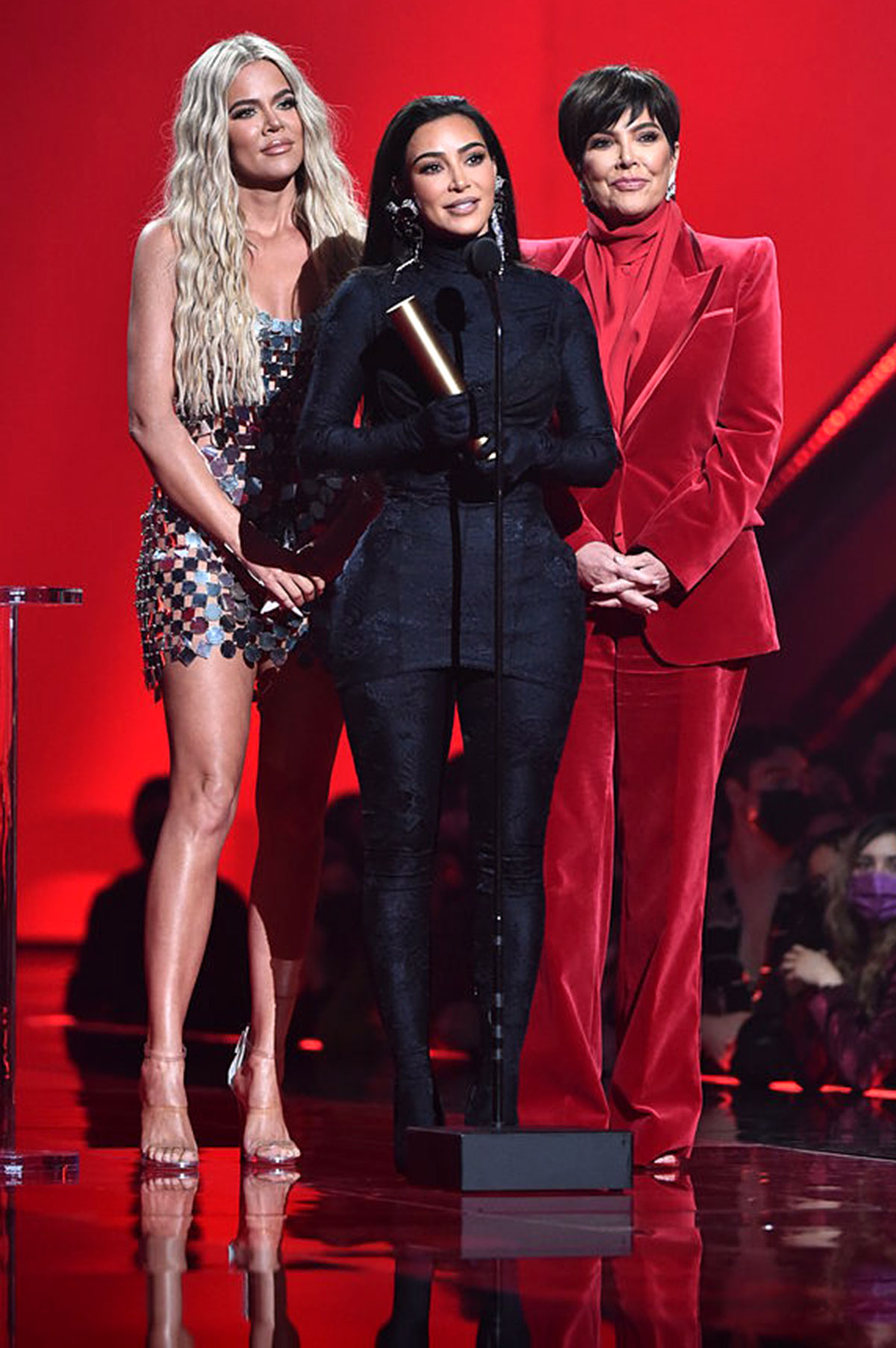 Khloé’s appearance at the People’s Choice Awards comes days after personal trainer Maralee Nichols‘ paternity lawsuit against Thompson, 30, made headlines. In the paperwork from the June filing, Nichols claimed that she slept with the athlete in March and was now pregnant with his child. Us confirmed that the fitness instructor welcomed a baby boy on Thursday, December 2.

Thompson acknowledged that the pair did have sex multiple times during his 30th birthday in his own court documents. There were also alleged text messages that the Canada native reportedly sent Nichols after she informed him of her pregnancy.

“You know how I feel. My feelings haven’t changed at all. [I] won’t be involved at all,” he allegedly wrote. “Btw if you think having this baby is gonna make you some money. It’s completely wrong. You are aware that I’m retiring after this season. So in terms of support it will be whatever is required monthly for someone who’s unemployed.”

After news of the lawsuit made headlines, the Sacramento Kings player — who previously requested genetic testing — filed a petition on Tuesday, December 7, asking for a gag order that would stop Nichols from speaking out about the case publicly.

Thompson has previously welcomed his son, Prince, with ex Jordan Craig in 2016. Craig gave birth to their first child together after the twosome had called it quits earlier that year. The professional basketball player later moved on with Khloé and the duo announced that they were expecting in December 2017.

Khloé and Thompson faced their ups and downs after the athlete was unfaithful throughout their relationship. Although they initially stayed together when the Strong Looks Better Naked author gave birth to their daughter, True, they called it quits one year later when he kissed Kylie Jenner‘s then-BFF Jordyn Woods.

In August 2020, Us confirmed that the former Cleveland Cavaliers member and the Keeping Up With the Kardashians alum were giving their relationship another try amid the coronavirus pandemic. They officially split again earlier this year, less than one year since they rekindled their romance.

Following Thompson’s public legal drama, a source told Us that this is “a very sad time for Khloé.”

“She really loves Tristan and still held a candle for him. She thought he might have changed his ways,” the insider added. “Khloé now knows that Tristan was unfaithful to her when they were back together.”

With reporting by Andrea Simpson