See which sister Kim almost blamed it on!

Get out the Poo-Pourri — Kim Kardashian has an “embarrassing” bathroom confession to make.

In a bonus scene from the final season of “Keeping Up with the Kardashians,” the reality star hilariously admitted she accidentally clogged the toilet.

Kim brought up the incident while sitting on the couch with her sisters Khloe and Kourtney Kardashian as well as Scott Disick.

“Guys, I don’t know what to do,” she casually told the group. “I went number two in that bathroom and it won’t flush.”

Kim and Kourtney then burst into laughter.

“It’s really embarrassing,” Kim added, continuing to laugh. “I was going to blame it on Kendall [Jenner], I should have done that.”

“I didn’t even think you did that,” Scott quipped.

It’s unclear what ended up happening with the toilet as the group’s conversation shifted to Kim giving Khloe advice about surrogacy.

The SKIMS founder shared photos from the fun and uniquely decorated affair on her Instagram Story at the time. As shown from the photos, North and her friends received some epic party swag, including customized duffle bags with poop emoji patches on them and brown poop emoji onesies.

“Poop Diddy Scoop kinda slumber party,” Kim wrote alongside a photo of North and her friends wearing the matching onesies. The caption was a reference to the lyrics of Kanye West’s song “Lift Yourself.”

“My 1st born baby North is 8 years old today! North, one day you will see these messages all printed out for you in the books I am making for you and so hope you feel the love because you bring so much love and joy into all of our lives!” she captioned a series of photos of herself with her daughter from a Jacqueline Kennedy photoshoot, below. “You are the silliest, most stylish, most creative person who knows exactly what they want in life! I’ve never met anyone like you!”

Kim continued, “I picked these BTS to post of North and I from this Steven Klein Jackie O shoot bc it just reminded me of the bond North and I share and he always captures the emotion so well!” 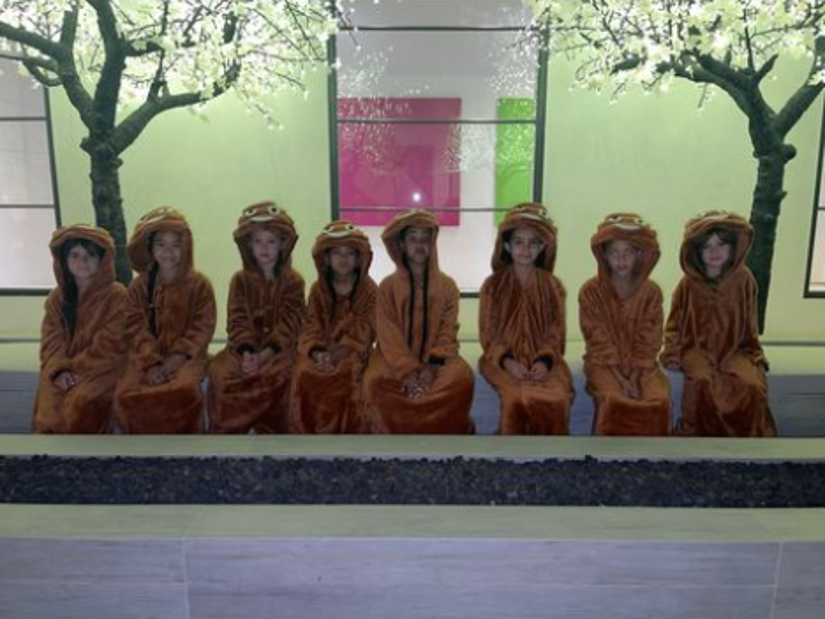