In mourning. While largely remaining stoic and steadfast in the days since the Queen Elizabeth II’s death, King Charles III was photographed in a rare moment where he appeared to be visibly emotional.

On Friday, September 9, the new monarch, 73 — who ascended the throne upon his mother’s passing on Thursday, September 8 — was seen wiping away a tear as he and his wife, Queen Consort Camilla, arrived at Buckingham Palace for the first time in his monarchy.

Later that morning, after greeting public mourners and observing tributes to Her Majesty left outside of the palace, Charles once again wiped tears from his eyes as he walked away.

Elizabeth, who died at her Balmoral estate in Scotland at the age of 96, has been honored by her eldest son multiple times in the days since her death. 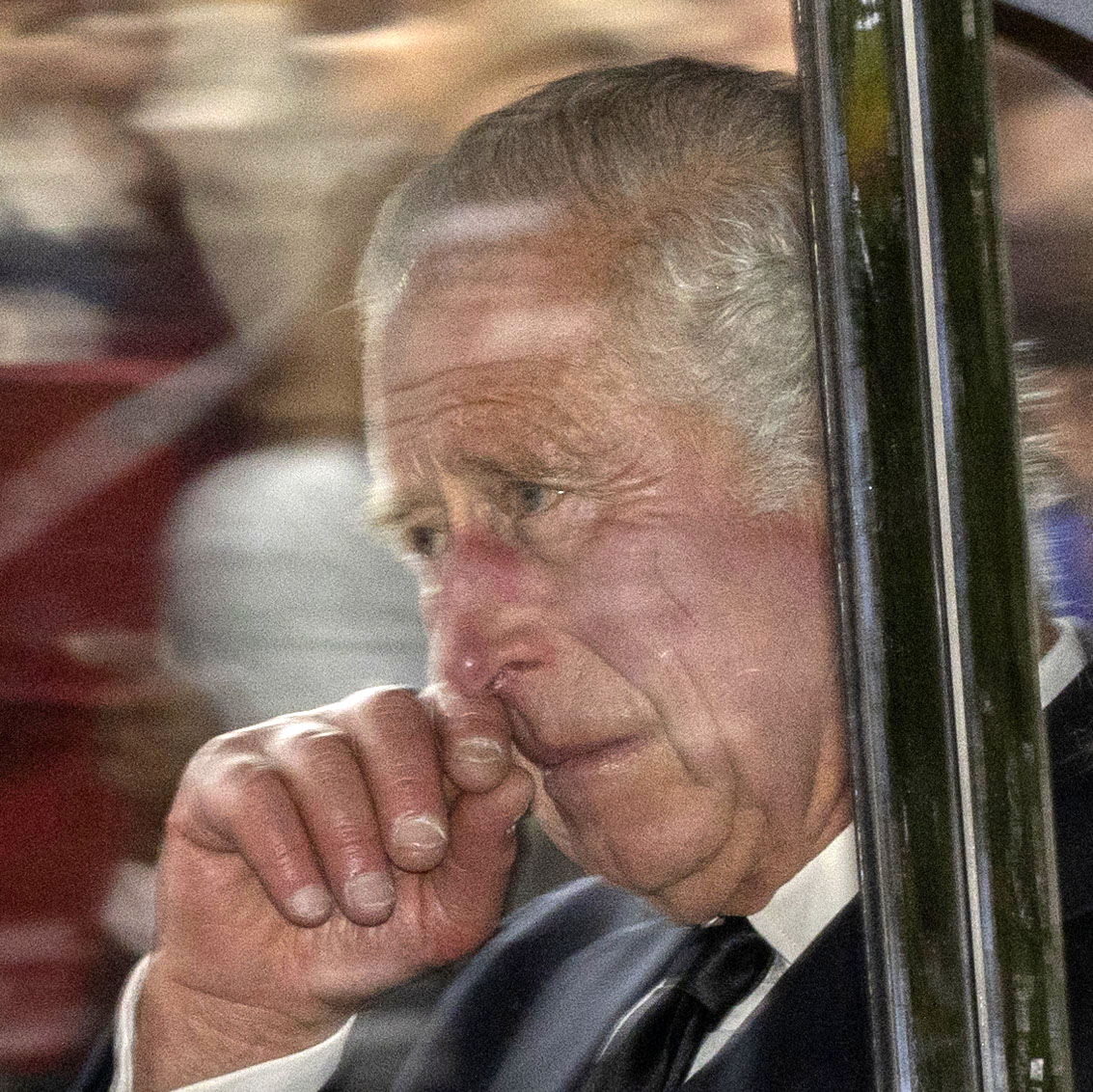 “To my darling mama, as you begin your last great journey to join my dear late papa, I want simply to say this, thank you,” Charles stated in his first speech as king on Friday. “Thank you for your love and devotion to our family and to the family of nations you have served so diligently all these years. May flights of angels sing thee to thy rest.”

Prince William, Charles’ eldest son and second in line to the throne, also paid tribute to the queen in an emotional statement shared on Saturday, September 10.

While acknowledging that the “world lost an extraordinary leader,” the Duke of Cambridge, 40, noted, “I, however, have lost a grandmother. And while I will grieve her loss, I also feel incredibly grateful. I have had the benefit of the queen’s wisdom and reassurance into my fifth decade.”

Reflecting on his family time with his late grandmother, William expressed his gratitude that his wife, Duchess Kate, had “20 years of her guidance and support,” while their kids, Prince George, 9, Princess Charlotte, 7, and Prince Louis, 4, have created “memories [with their great-grandmother] that will last their whole lives.”

He continued: “She was by my side at my happiest moments and she was by my side during the saddest days of my life. I knew this day would come, but it will be some time before the reality of life without Grannie will truly feel real.”

A source exclusively revealed to Us Weekly that the family, particularly Prince Harry, is devastated by the loss of the queen.

“The royals knew Elizabeth’s end was near, but mentally, she was as sharp as ever right until it was her time to go,” the insider said. “All of the royals are struggling to come to terms with the devastating news.”

Harry, 37 — who stepped down from his duties as a senior royal in 2020, alongside his wife, Meghan Markle — was especially close to the queen.

“He loved his grandmother with all his heart and is going through a terrible time right now,” the source explained. “The news hasn’t fully sunk in.”

Furthermore, the insider added, the Duke of Sussex is “guilt-stricken — full of sorrow and regret about not saying goodbye to the queen.” (Though Harry rushed to Balmoral to be by her side, he did not arrive before she passed.)

“They met up a couple of times during the Platinum Jubilee, but he by no means expected it to be the last time he saw her,” the insider said.