Travis Scott ‘in tears’ after Astroworld melee, ‘had no idea what was going on’

Kylie Jenner has responded to backlash about her boyfriend Travis Scott continuing to perform and her posting to social media during the Astroworld disaster by insisting that they “weren’t aware of any fatalities” until news came out after the show.

Jenner, who attended the concert with her 3-year-old daughter Stormi, insisted that the couple did not witness the mayhem Friday that killed eight people and injured more than 300 at the two-day festival in Houston.

“I want to make it clear that we weren’t aware of the fatalities until the news came out after the show and in no world would have continued filming or performing,” Jenner, 24, wrote in an Instagram story late Saturday.

“I am sending my deepest condolences to the families during this difficult time and will be praying for the healing of everyone who has been impacted.”

Jenner, who is pregnant with the couple’s second child, said that they were “broken and devastated” by the events. 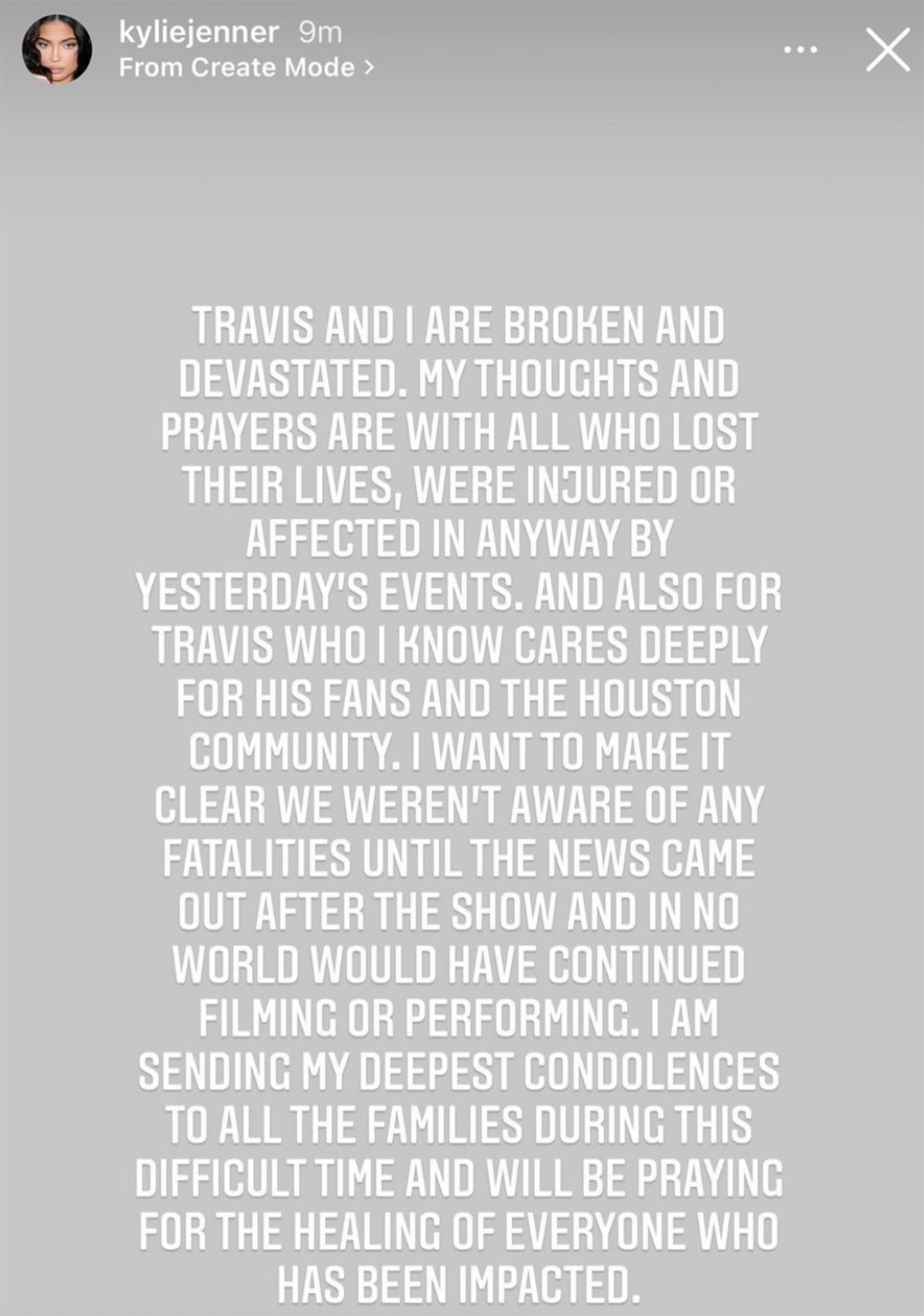 “My thoughts and prayers are with all who lost their lives, were injured or affected in anyway [sic] by yesterday’s events. And also for Travis who I know cares deeply for his fans and the Houston community,” she wrote.

The makeup mogul was criticized on social media for posting footage on her Instagram that showed an ambulance trying to make its way to the victims.

Scott also shared an emotional video to Instagram on Saturday addressing criticism that he continued with his performance as fans surged in the deadly stampede, and others yelled “stop the show.” 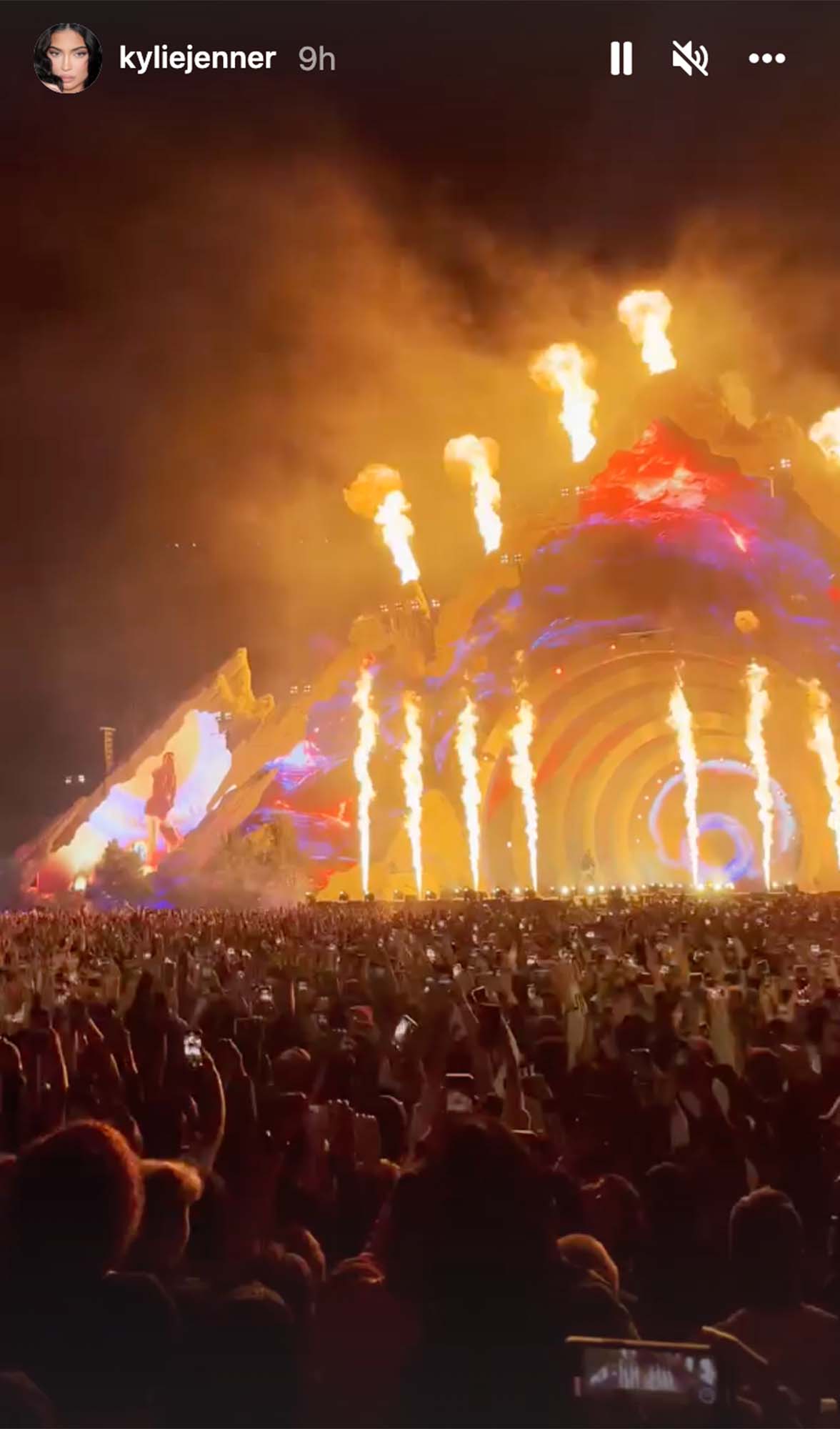 “Anytime I could make out, you know, anything that’s going on, you know I stop the show and, you know, help them get the help they need,” he said.

“I could just never imagine the severity of the situation. I’m honestly just devastated and I could never imagine anything like this just happening,” Scott continued.

Jenner, Kylie, says, Scott, Travis
You may also like: