“I’m not the one storming the capital [sic]”

Lana Del Rey’s album cover reveal didn’t go exactly as planned — thanks to the singer’s comments on her own Instagram post.

On Sunday, Del Rey debuted the cover art for her upcoming album, “Chemtrails Over The Country Club.” In the black and white image, the singer is surrounded by a group of women all wearing pearl necklaces while seated around a picnic table.

“There’s always turmoil and upheaval and in the midst of it – there’s always beautiful music too,” she captioned the image.

“I also want to say that with everything going on this year! And no this was not intended – these are my best friends, since you are asking today,” she wrote. “And damn! As it happens when it comes to my amazing friends and this cover yes there are people of color on this records picture and that’s all I’ll say about that but thank you.”

That, however, wasn’t all she had to say about that, as the comment continued.

“My beautiful friend Valerie from Del Rio Mexico, my dearest friend Alex and my gorgeous friend Dakota Rain as well as my sweetheart Tatiana. these are my friends this is my life,” she continued. “We are all a beautiful mix of everything – some more than others which is visible and celebrated in everything I do.”

“In 11 years working I have always been extremely inclusive without even trying to,” she added. “My best friends are rappers my boyfriends have been rappers.” 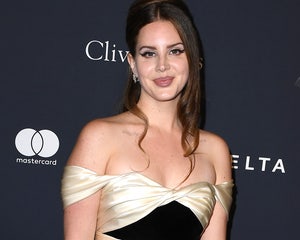 She concluded her message by writing, “My dearest friends have been from all over the place, so before you make comments again about a WOC/POC issue, I’m not the one storming the capital [sic], I’m literally changing the world by putting my life and thoughts and love out there on the table 24 seven. Respect it.”

While many of her fans did respect her comment — which has racked up more than 19,300 likes — the nearly 3,000 replies to it were filled with criticism of her language.

“Gurl this is beyond cringey,” wrote one. “You didn’t have to say any of this!!!” exclaimed another. “Not the ‘i have Black friends’ defends when nobody attacked you,” added another.

“you could have said nothing and that would have been amazing. Honey please stop saying dumb shit,” wrote one fan. “I like your music and I don’t want to have to hate it. what you just said is the equivalent to ‘I can’t possibly be racist I have a Mexican friend and I dated a black guy.’ Please just stop saying ignorant shit.”

This isn’t the first time Del Rey has come under fire for comments about race. In May 2020, she shared a post hitting back against claims her lyrics were anti-feminist — but in doing so, fans felt she threw other female artists, who were mostly women of color, under the bus and insinuated she has been treated much worse than them by critics. She defended her controversial post at the time.

Del Rey is set to drop a music video on Monday. The album, “Chemtrails Over the Country Club,” was due out in September but delayed. No release date has yet been set.