GAP shops across the country will close their doors for the last time today and the brand will disappear from the high street forever.

The iconic US brand announced over the summer that it would close ALL its UK stores to focus on online sales. 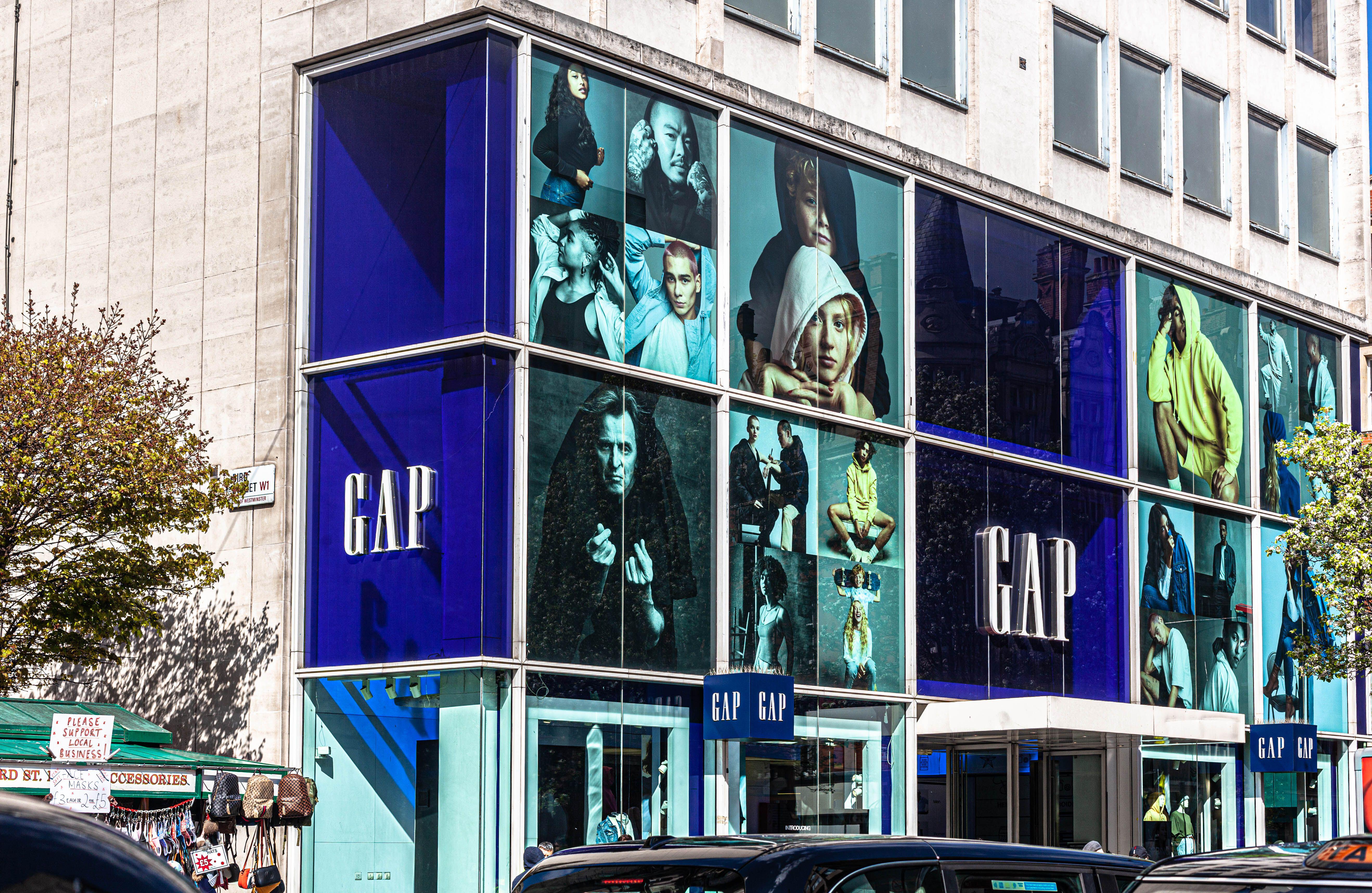 Today is the last day of trading for the remaining 15 stores after a phased exit from bricks and mortar stores.

In total 81 Gap stores have closed which includes 19 stores that were due to close as their leases expired at the end of July.

The iconic fashion giant was founded in 1969, opened its first outlets in the UK in 1987 and in the Republic of Ireland in 2006.

It's the latest shop sign to disappear from the high street forever as shoppers buy online.

And that's exactly where Gap is going.

Shoppers will still be able to get hold of their favourite Gap gear after the store sealed a deal to sell its products through Next.

Gap will sell its products in Next stores from the beginning of 2022 and you can already buy Gap through the Next website.

You can also still shop with Gap on it's own website which Next will takeover running behind the scenes.

Gap is not the only shop sign no longer on the high street after retail stores were forced to close during the pandemic, which has been described as the “worst time ever for retail”.

More people are now shopping online where it's cheaper to sell compared to physical locations.

Here’s a list of shops that have had to close their physical doors forever.

Once the go-to store for fashionable teens, Topshop was often considered the jewel in the crown of Philip Green’s retail empire.

But it collapsed in November when parent company Arcadia fell into administration.

ASOS bought Topshop, alongside Topman and Miss Selfridge, earlier this month as part of a £330million deal to save the brands.

But ASOS didn’t buy the physical shops as part of the deal.

You can still shop at Topshop, Topman and Miss Selfridge online on ASOS’ website.

ASOS has spent millions of pounds on a social media campaign to tell customers it has taken over the brands and is also launching new Topshop and Topman products.

Hot on the heels of its Debenhams takeover, Boohoo swooped in on all three shops, buying their brands and websites as part of a £25.3million deal this month.

However, Boohoo didn’t buy the physical shops, which meant a total of 214 stores closed forever.

Boohoo has integrated the three brands onto its own websites.

It then went into liquidation in December after JD Sports pulled out of rescue talks to save the 241-year-old retailer.

Boohoo swooped in to buy the Debenhams name and website in a £55million deal – but not its 124 stores with the loss of 12,000 jobs as a result.

You can still keep shopping online at Debenhams as Boohoo has kept the retailer's website going under the same name.

Fashion giants Oasis and Warehouse went bust in April last year leading to 1,800 staff bring placed on furlough, and 202 being made redundant.

Boohoo then bought the two brands and online businesses for £5.25m in June – but not the stores.

Boohoo said it would integrate both businesses onto its own website platform.

But you can still continue to shop online on Warehouse's and Oasis' website now.

Rent-to-own firm BrightHouse, which had 2,400 employees, went bust in March last year during the first week of lockdown and appointed Grant Thornton as administrator.

The high-cost credit firm had already been struggling to stay afloat due to a surge in compensation claims over irresponsible lending.

But after investors withdrew support for a proposed restructuring plan because of the coronavirus crisis, it shut up shop for good.

gap, high, last, on, shops, street
You may also like: