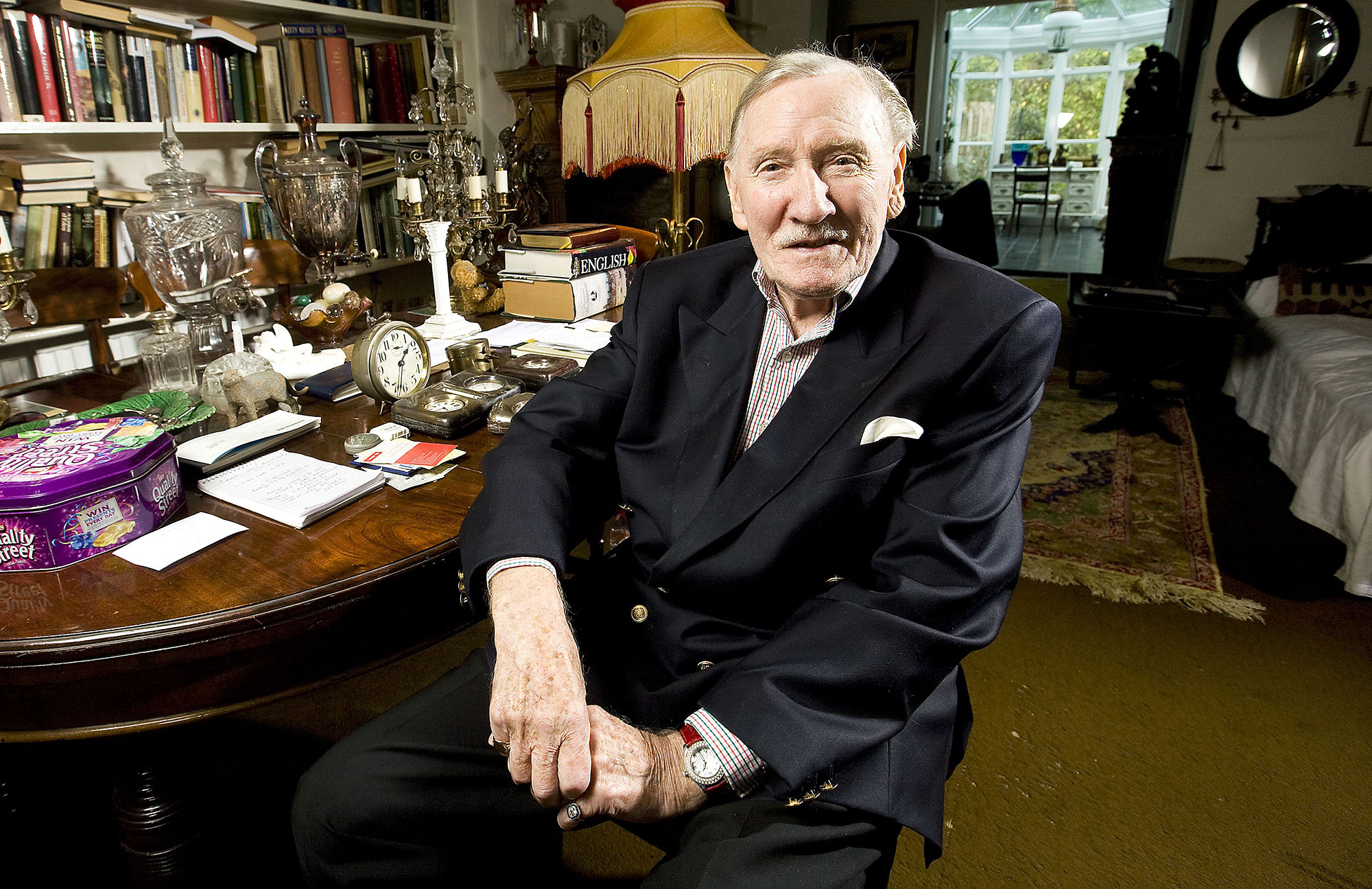 Leslie Phillips, best known for voicing the Sorting Hat in the Harry Potter films, has died. He was 98.

The British actor died “peacefully” in his sleep on Monday, November 7, after a lengthy illness, his agent confirmed to U.K. outlet The Sun the following day. Phillips’ wife, Zara, added that she lost her “wonderful husband” and “the public has lost a truly great showman” in an emotional statement.

“He was quite simply a national treasure,” she continued. “People loved him. He was mobbed everywhere he went. When we married he cheekily introduced me to the Press as royalty, insisting I was the new Zara Phillips and that I was related to the Queen.”

In a tribute to Phillips on Twitter, Piers Morgan described him as a “wonderful character & superb comedy actor.” Trainspotting author Irvine Welsh, meanwhile, wrote that he was “sorry to hear Leslie Phillips has passed. Always liked his pater and had a few nice exchanges with him on Twitter back in the days when you could do that sort of thing on here.”

Phillips had a difficult battle with his health prior to his death. In 2014, the Out of Africa actor suffered two strokes six months apart.

Over the course of his lengthy career, Phillips starred in over 200 films and television shows. He got his big break in the 1957 Gene Kelly film, Les Girls, and rose to fame in the U.K. two years later thanks to a starring role on the long-running radio series The Navy Lark. In 1959 and 1960, Phillips starred in the first three Carry On films, and helped establish the tone of the over-the-top, goofy film franchise.

He followed that up with the comedy Doctor in Love, which solidified his persona as wise-cracking and flirtatious. However, Phillips soon grew tired of light comedies and decided to move onto more serious roles. “I felt I was in a bit of a rut,” he recalled, per the BBC. “It wasn’t necessarily a bad rut, and some people might actually want to be in that particular rut, but I wanted to get out.”

After getting back in touch with his Shakespearean roots, Phillips’ career found new life.

Phillips is survived by his four children, whom he shared with late wife Penelope Bartley. Following their divorce in 1965, the Holby City alum married actress Angela Solucar in 1982. They remained together until her death in April 2011. Phillips married his third wife, Zara, in December 2013.