LGBTQ+ Celebrities Who Were Told To Stay In The Closet

“I was literally told from the day that I moved to Los Angeles that I could not be gay.”

Coming out as an LGBTQ+ person can be a difficult thing to do and even when they’re ready to share their true selves with the world, not everyone is ready to hear it. Many LGBTQ+ celebrities have even felt pressure to stay in the closet despite wanting to be open about their sexuality or gender. And while it seems like Hollywood is completely accepting of the LGBTQ+ community, many of its members have been made to doubt if they should be out and proud.

These stars admit that everyone from agents to casting directors to other actors have all advised them to stay in the closet at one point or another. Whether it was to win a new role, gain the public’s approval or just sell more tickets, these LGBTQ+ actors have been told that it would be best for their careers if they hid that part of their lives. Thankfully, they didn’t listen.

Despite the pressure of the entertainment industry, these stars are all now out of the closet and living life to the fullest as who they were meant to be.

Hear what these celebs had to say about their experience… 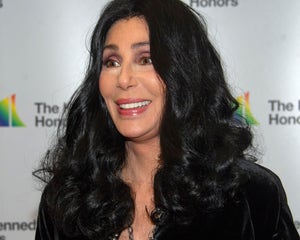 Colton Haynes says that he was told he couldn’t come out as gay almost immediately after moving to Los Angeles to pursue his acting career. It began years of an internal struggle for him as he hid his true self. He even ended up in rehab for his anxiety stemming from the situation.

“I was literally told from the day that I moved to Los Angeles that I could not be gay because I wouldn’t work. Then I was with my management team and a team of people that just literally told me I couldn’t be this way. They tried to set me up with girls, I was rumored to date Lauren Conrad for six months because they were kind of angling a story, and then I dated every other young person, which of course I didn’t date,” Colton told Andy Cohen.

Ezra Miller came out as queer in an interview in 2012, but says many people told him that being open about his sexuality was a “mistake.” While he won’t specify exactly who told him, he says he received “a lot of stern talking-tos” after the interview.

“Folks in the industry, folks outside the industry. People I’ve never spoken to. They said there’s a reason so many gay, queer, gender-fluid people in Hollywood conceal their sexual identity, or their gender identity in their public image. I was told I had done a ‘silly’ thing in… thwarting my own potential to be a leading man…’You’ve made a mistake’ is such a hard thing to hear. Maybe if I’d actually made a serious mistake? But not for this. I didn’t think I’d done anything wrong, though there have been moments of doubt as a result of those conversations. But…what they said was, in fact, ‘rubbish.’ We are the ones. It’s up to us to manifest the world we want to exist in,” Ezra told ShortList. 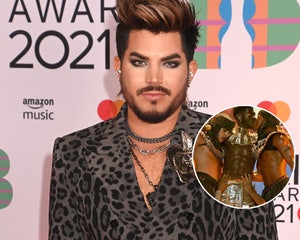 Before Elliot Page came out as transgender, he came out as gay despite many people in the entertainment business telling him he needed to stay in the closet. Thankfully, he went against their wishes and is now able to live life as his true self.

“I was distinctly told, by people in the industry, when I started to become known: ‘People cannot know you’re gay.’ And I was pressured — forced, in many cases — to always wear dresses and heels for events and photo shoots. As if lesbians don’t wear dresses and heels. But I will never let anyone put me in anything I feel uncomfortable in ever again,” Elliot told Net-a-Porter.

Kristen Stewart says that early on in her career she was informed by “an old school mentality” that involved not discussing her personal life because people may not like her for who she is. Kristen says that she was actually told she should stop being public with her girlfriend so that she could get better roles.

“I’ve fully been told, ‘If you just do yourself a favor and don’t go out holding your girlfriend’s hand in public, you might get a Marvel movie.’ I don’t want to work with people like that,” Kristen told Harper’s Bazaar UK.

Cara Delevingne says that she was once told by Harvey Weinstein that she would never make it in entertainment if she was a lesbian and he recommended that she date men in order to cover it up. He went on to also make other inappropriate comments about her relationships with women.

“One of the first things Harvey Weinstein ever said to me was, ‘You will never make it in this industry as a gay woman – get a beard.’ When I’d just started to audition for films, he was naming people [women] I’m friends with – famous people – and asking, ‘Have you slept with this person?’ I just thought: this is insane,” Cara told Porter. 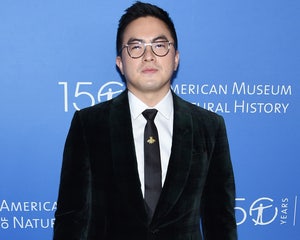 Matt Bomer made the decision to come out even though he knew it was a risky choice and was told it could cost him opportunities in the entertainment industry.

“I came out at a time when it was very risky to do so – I had a studio film that was about to premiere, and a television series coming out. But to me it was more important to be my almost authentic self, both for my family, and for myself…But to say that didn’t cost me certain things in my career would be a lie. It did. To me that trade-off was worth it. But it hasn’t been some fairy tale — no pun intended,” Matt told Attitude.

When Samira Wiley was just starting her career, she says she was encouraged to hide the fact that she was a lesbian. She revealed that it was even suggested that she pretend to date her male gay best friend in order to cover up both of their sexualities. Thankfully, over time, she realized that being authentic was “the key,” but that piece of advice definitely didn’t come from the people around her.

“My thinking was that I wouldn’t get there if I was out and open about who I was…I remember some people would have advice. Like, I had a best friend – and he was going to be an actor too and he’s also gay – and they were like, ‘Well, maybe you guys can act like you’re a couple? You guys can walk red carpets together. Then neither one of you has to come out and everything will be fine.’ For real, I was like, ‘Oh yeah, maybe we could do that?’ It’s just a real journey of figuring out, ‘No, you don’t have to do any of that!'” Samira said on the “Make It Reign” podcast.

“Bridgerton” star Jonathan Bailey revealed that most of the conversations he’s had where he was told to stay in the closet were with other gay men. While he listened to what they had to say, he made his own decision when it came to discussing his sexuality.

“The most conservative conversations I’ve had about me being honest about my sexuality in this day and age have come from gay men in the industry, ‘Oh, no, you can’t come out. You shouldn’t really do that. If you do that, you’re going to have to…’ They’re either people who work in publicity, or there’s also been casting directors who have put the call into my agent to say, ‘Just so that you know, the way that this is going to be sold is that it’s a gay story written by gay writers for gay actors. So by just taking the role…’ There’s a sense of shame, I think, that’s palpable throughout gay men within the industry,” Jonathan told Attitude.

“Kyle XY” star Matt Dallas says he was told for many years that he couldn’t be a success in Hollywood if he were to come out as gay. He was forced to hide himself and pretend to be straight in fear of ruining his career, which he says still affects him to this day.

“I was told to stay in the closet, not talk about my sexuality, to be on every red carpet with a girl on my arms because you could not be successful if you were openly gay in the entertainment industry, at least in front of the camera. Because of the advice that was given to me to stay in the closet I became very disconnected from who I was, and there’s a lot of residual [stuff] that to this day I still deal with where I find myself [thinking] ‘Oh, I sound too gay’ or ‘I’m acting too gay’ because it was so drilled into my brain,” Matt said in a Q&A video.

Evan Rachel Wood came out as bisexual in 2011, but was warned by people ahead of time that she shouldn’t do it because it would make her less desirable to men and limit her career opportunities.

“A lot of people advise you not to do it. They tell you flat out — ‘Don’t do it.’ They don’t want you to be less desirable to men. Because that sells tickets and that helps your career…Nothing happened that people told me was going to happen…You might be leaving one community behind but you’re getting embraced by another,” Evan told IndieWire.

When Years & Years singer Olly Alexander was going through media training when his band was first taking off, he says he was told by a professional to not answer questions regarding his sex life. He didn’t take her advice though, as he felt he owed it to his younger self to no longer hide his true self — and he received an incredible response from fans.

“She said, with very good intentions I’m sure: ‘Why does anybody need to know about your sexuality? What business is it who you go to bed with? Do you really want to invite personal questions like that? Maybe it’s better to not say anything about your sexuality at all.’ When a journalist did ask me about my sexuality, I said ‘Yes, I’m gay and this song is about a man.’ I needed to say that for my 15-year old self. I needed to say to him, ‘Look, we are not hiding any more,'” Olly told Elle UK. 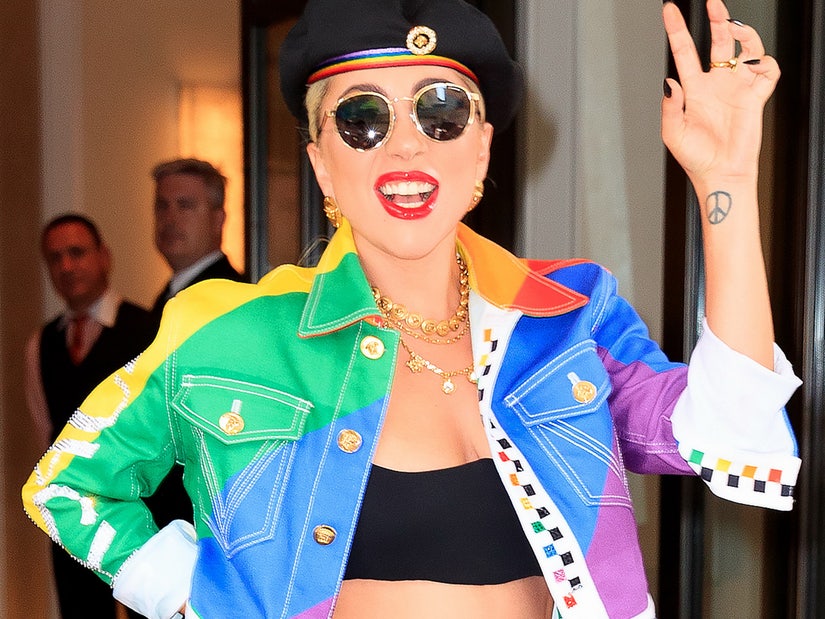 Celebrities, lgbtq, to, Were, Who
You may also like: