First-time Victorian Liberal MP Sam Groth has called on his party to embrace mainstream voters and shun the far-right after its third straight election loss as top Liberals grapple with an identity crisis threatening the future of the party.

The new member for Nepean, on the Mornington Peninsula, and former tennis professional spoke to the party’s state assembly on Friday night as it prepares to pick a new opposition leader following a resounding win by Labor, which retained almost all of its seats. 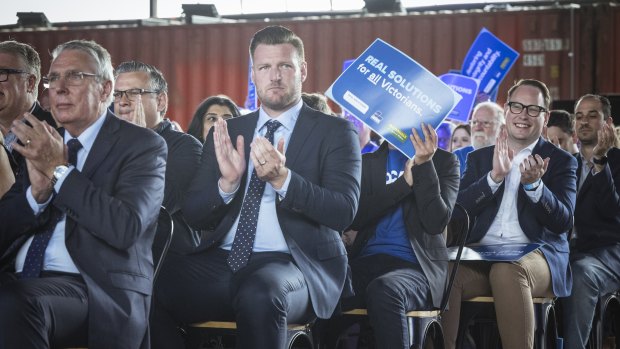 During the frank postmortem discussion, party president and former senator Greg Mirabella argued Liberal MPs had lost their authority as the sole determinants of the party’s next leader, while outgoing campaign director Sam McQuestin claimed internal feuding was the biggest challenge, not Labor.

Groth, one of two Liberals to win a seat off Labor, urged the party to become a “modern and moderate Liberal Party” and “not give ground to these hard-right ideologies”.

“There are not enough votes on the right to deliver government – there never has been and never will be in Victoria. The people that voted for the freedom and fringe parties only served to deplete our primary vote,” he said.

“We must no longer blame the media for ignoring us or complain about lacklustre coverage. It is incumbent on our MPs to capture the attention we wish to receive.

“After four years of the most divisive government and premier, we weren’t able to show people we were a viable alternative.”

The state assembly gathering of delegates is off limits for journalists, but The Age obtained recordings of the meeting, offering a glimpse into the private views of some senior Liberals.

Mirabella said the Coalition avoided a WA-style wipeout with a solid campaign, with both he and McQuestin emphasising the precarious position of the party before the election.

Both heralded large swings to the Coalition in the west and north that could lead to a win in four years time and an equal number of Coalition and Labor MPs in the upper house.

Mirabella also recounted a meeting of the federal executive last week, where Opposition Leader Peter Dutton expressed his delight at the lack of success by teal candidates.

“I made the comment that not a single pale blue independent got up. And Peter Dutton leaned forward and said ‘that is the best news out of the Victorian election’,” he said. 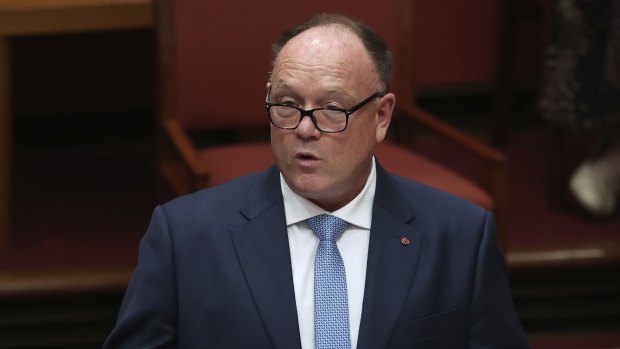 The party will choose a new leader this week out of Hawthorn MP John Pesutto and Berwick MP Brad Battin.

Mirabella, who drew cheers when he spoke of the urgent need to reform the Victorian branch and create a new image for the party, said he had spoken to leadership aspirants since the election.

“I said to them, ‘thanks for letting me know, and just so you know, it is my view that the parliamentary wing has lost its sole right to determine the future of this division’,” he said. 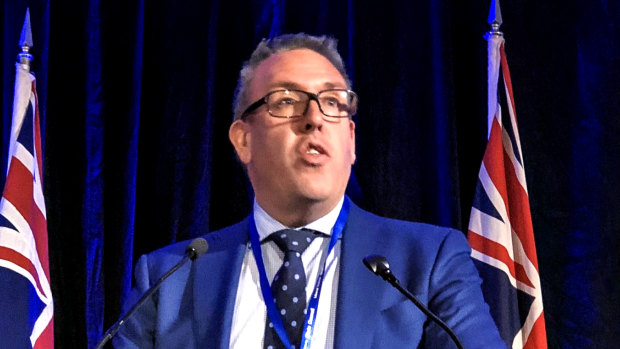 McQuestintold members the opposition’s policy development needed to start long before the election because “you can’t fatten a pig on market day”.

He claimed the opposition out-campaigned Labor “when we were not interfered with by friendly fire”, referencing a string of negative stories, including a WorkSafe probe into the party’s head office over online bullying claims, a donation saga involving Matthew Guy’s former chief of staff, the early release of policies, and a candidate’s links to a radical church.

“Regrettably, all of these factors … contributed to seeing the results in our research drop in the last 10 days from an expected swing of 7 per cent towards us, which would have forced Labor into a minority, to only 3.5 per cent,” he said.

“Internal disputes were our biggest enemy. Not Labor.”

Labor has so far won 53 seats, with counting continuing in Preston, Pakenham, and Bass.