Broadway musical theatre writer and performer Lin-Manuel Miranda will have a role in the upcoming Disney+ fantasy series Percy Jackson and the Olympians, as the best-selling YA novels about Greek mythology find new life on the streaming giant.

The show is based on a series of five novels by Rick Riordan, published between 2005 and 2009, which see a 12-year-old demigod named Percy Jackson and his friends Grover and Annabeth embark on a quest to prevent a war among the Olympian gods. 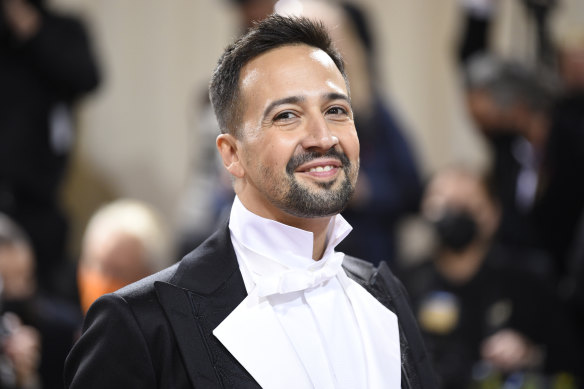 Season one of the show will reportedly focus on the first book, The Lightning Thief, and is due to have eight episodes. It’s been slated for Disney+ since 2020 and began production in June.

The first two novels in the Percy Jackson and the Olympians series were originally adapted for film through 20th Century Fox in 2010 and 2013, and a third film was slated but never went to production.

In this new Disney+ version, Miranda will play Hermes, the messenger god. Hermes’ character looks out for travellers and thieves and has a strained relationship with his son, Luke Castellan, one of the series’ antagonists.

Miranda is best known as the writer of Tony Award-winning hit musical Hamilton, the story of one of America’s founding fathers Alexander Hamilton, and earlier production In the Heights.

He first appeared in a Disney film in 2012 in The Odd Life of Timothy Green, later writing and performing two songs for Star Wars: The Force Awakens and original music for Moana and Encanto, while Disney+ has also offered a live stage recording of Hamilton since 2020.

Miranda is also set to play Chef Louis in the live-action remake of The Little Mermaid. And he recently voiced a horse named Major Tom in globally beloved Australian kids’ show Bluey.

Percy Jackson and the Olympians is due out on Disney+ next year.