LOL! Miley Cyrus and Machine Gun Kelly Bond Over 'I Am Weed' Meme 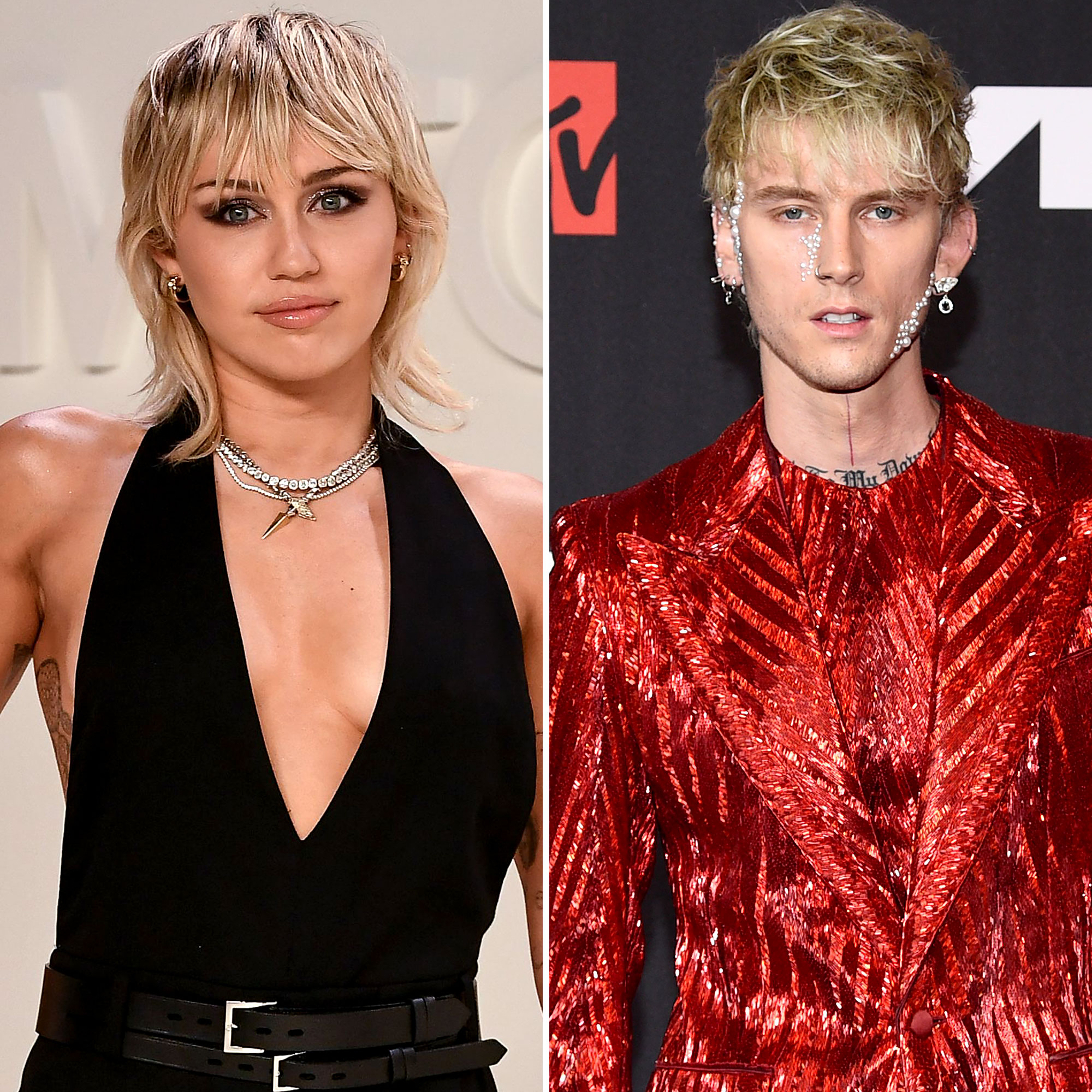 Two peas in a pod! Miley Cyrus is one of many famous fans of the “I am weed” meme — and Machine Gun Kelly is happy to have provided the inspiration.

The “Midnight Sky” songstress, 28, posted a photo of herself in a slime green dress via Twitter and Instagram on Sunday, October 17, with the now-ubiquitous caption, “I AM WEED.”

The Midnight in the Switchgrass star, 31, retweeted the Disney alum’s photos with the comment, “See, I’m not the only one.”

The meme originated from a GQ British Style interview with the rapper and his girlfriend, Megan Fox, that was published earlier this month. Recalling the first time that she briefly met MGK at a party, the 35-year-old actress said that she told him he smelled like weed.

“He looked down at me and he was like, ‘I am weed,’” the Jennifer’s Body star continued. “Then, I swear to God, he disappeared like a ninja in a smoke bomb.”

The moment has since gone viral, with fans and celebrities posting myriad variations of the exchange across social media. Cyrus also used her take on the meme to point out how similar she and the blond musician look, weed jokes aside.

“We may actually be the same person,” she tweeted in response to MGK on Monday, October 18. “Have we ever been seen at the same place @ the same time? 👀 & yes that means Megan Fox is my gf too.”

The Transformers alum and her beau went public with their romance in June 2020 after meeting on the set of Midnight in the Switchgrass. They’ve since made headlines for their intense PDA as well as their friendship with Kourtney Kardashian and Travis Barker, who coproduced MGK’s latest album.

During their joint GQ British Style interview, Fox and Kelly also gave themselves matching tattoos that read “the darkest fairy tale,” a reference one of the first texts they sent each other.

“F—king best tattoo I’ve ever seen in my life,” the “Bloody Valentine” singer told his girlfriend after she finished his new ink. “It looks like a fairy ghost did it, right? It’s all haunted.”

Last month, the duo sparked engagement rumors after Fox was spotted wearing what seemed to be a “ring on that special finger” while watching Kelly rehearse for the 2021 MTV VMAs.

“I think part of [our connection] comes naturally because our relationship is so karmic that our spirit, our souls, are so intertwined on that higher plane,” the New Girl alum told CR Fashion Book last month. “A lot of it is handled for us by our ancestors and the spirits and energies that are watching over us.”

And, Cyrus, G, lol, machine, Miley
You may also like: