EXCLUSIVE: Louis Theroux’s Mindhouse Productions is making a premium Sky documentary about the tragic Lockerbie bombings as the celebrated documentarian and his Mindhouse co-founders talk moving into scripted, “leaning into the U.S. market,” future investment and the BBC’s controversial Jimmy Savile drama.

Alongside Co-Founder and Creative Directors Nancy Strang and Arron Fellows, Theroux sat down with Deadline for lunch at Soho House Hotel for a rare interview as the trio’s fledgling production company turns three, following what has been a whirlwind 36 months where they have secured multiple commissions, struck distribution deals, developed meaningful relationships with talent and set their sights Stateside.

Deadline can reveal three-parter Lockerbie, which is described as the “first premium box-set series about the disaster” by Sky and has been commissioned several months after a Sky/Peacock drama on the tragic event that led to the death of almost 300 people and poses unanswered questions to this day. Prior to 9/11, Lockerbie was the worst terrorist attack to take place against the U.S., leaving almost 300 dead when Pan Am Flight 103 exploded above the small Scottish town.

Theroux, who unveiled Mindhouse at the Edinburgh TV Festival 2019 following a two-decade career fronting some of the UK’s biggest documentaries, told Deadline Lockerbie is “exactly the sort of project I wanted us to get involved with when we set up.”

“Our values are about storytelling and being audience-friendly, and I’m not ashamed to say we want to reach a really wide audience,” he added. “At the risk of sounding pompous, we also want people to come away feeling they’ve learnt something about the human condition.”

The premium box-set also speaks to Theroux’s desire to steer clear of presenting all of Mindhouse’s shows – one of his main drivers for setting up the shingle – and he is neither fronting nor exec producing Lockerbie.

Strang, who is Theroux’s partner, said the team came up with the idea soon after launching Mindhouse and wanted to channel the success of “untold stories” such as Sky/HBO’s Chernobyl.

“This is a murder mystery and so we are taking a docu-thriller approach,” she added. “There is a whole generation of people who don’t know or remember this story about a tiny place in Scotland that became an epicentre for geopolitical forces.”

Having consulted with Jim Swire, who has been searching for justice for decades after his daughter Flora was killed in the attack, Strang said the team is approaching the doc with utmost sensitivity.

Theroux added: “We come from the BBC, which has a track record of ticking all the boxes on contributor care and a responsible approach to storytelling. This courses through our veins.”

The trio are busily taking advantage of global buyers’ penchant for premium factual – one of the key trends to emerge from Mipcom Cannes – having mainly won business from British broadcasters since launch such as the BBC’s Gods of Snooker and Louis Theroux Interviews…, and Channel 4’s Sex Actually with Alice Levine.

With that in mind, the company is developing a series for a global streamer and another big box-set series co-production, along with a previously announced Amazon Prime Video doc about YouTuber KSI.

“We want to lean into the U.S. market and global stories,” said Strang. “Retrospective storytelling still has so much resonance and we are looking internationally.”

The trio stressed several times that they are still keen to make content for the BBC and other UK players. Shows to come include a BBC Mark Zuckerberg doc, which Strang is exec producing with an “Inside the President’s War Room-style technique”, and a fellow BBC follow up to the critically acclaimed Gods of Snooker doc titled Gods of Tennis. For Channel 4, Mindhouse is producing a TV version of comedian David Baddiel’s book Jews Don’t Count, which the team revealed will feature contributions from David Schwimmer, Sarah Silverman and Neil Gaiman.

But bigger budget commissions will require investment and Mindhouse has so far eschewed taking investment from a bigger player, instead choosing to remain independent. A first-look distribution deal with BBC Studios is set to run down at the end of this year.

While praising BBC Studios for its support, Fellows revealed the company is “exploring other options” and has “certain ambitions that might need more investment at some point,” while conceding he “finds it relaxing that the buck stops with us.”

Theroux elaborated: “There’s an emotional attachment to keeping the company independent but we also want to grow so maybe that does mean bringing in more money. You have to be a bit hard-headed and think about the costs.”

Theroux is “happy as Larry” about Mindhouse’s current state. He described progress as “exceeding my expectations when I look at the spreadsheets” and admitted “my only regret is that maybe I could have done this a few years earlier, but I didn’t know Arron and Nancy then so didn’t have the urge.”

One of his most treasured elements has been the opportunity to work behind the scenes on shows more often, overseeing an entire slate rather than homing in on one presenting gig at a time.

“It’s odd being a presenter because you are in one sense the star and in other senses the most irrelevant,” he added. “You’re both pampered and infantilized. There’s this suspicion that when you leave the room everyone says ‘Thank god he’s gone, now we can get down to the real work.’.”

“This is about ceding new ground to distinctive voices and collaborating with them,” said Theroux. “My idea with Mindhouse was always to have people on screen who add something interesting and different.”

The strategy is much broader than simply “finding the new Louis,” said Fellows, adding: “The way we work with Louis is so much more collaborative. With people like Alice [Levine] we are talking all the way through the writing, the edit and the script.”

Also on the horizon is a scripted push from the factually-minded company and Theroux cited Russell T Davies’ A Very British Scandal and James Graham’s Quiz as potential blueprints for scripted shows that have a documentary flavor.

Strang said “early conversations” are taking place with drama producers and the indie is also working on its first feature, a “twisty-turny psychological thriller” coming out of the U.S.

“There are often obstacles with some of the stories we brainstorm such as access and archive and making a drama would solve that problem,” she added. “We can work with talented drama producers and scriptwriters and feel this is an exciting space.”

One drama set to launch soon is the BBC’s Steve Coogan-starring Jimmy Savile show The Reckoning, a highly controversial project about the former BBC presenter who was posthumously outed for sexually abusing hundreds of people, leading to a scandal that turned the BBC inside out.

Theroux made two documentaries about Savile, one when he was alive and one after Savile’s death, and he has previously said he was “haunted” by their time together.

He urged critics who believe Jeff Pope’s The Reckoning will glorify Savile to reserve judgement on the drama, coming after former BBC Drama Director Piers Wenger stressed there is a “public interest” in a show that will “give a voice to the victims.” 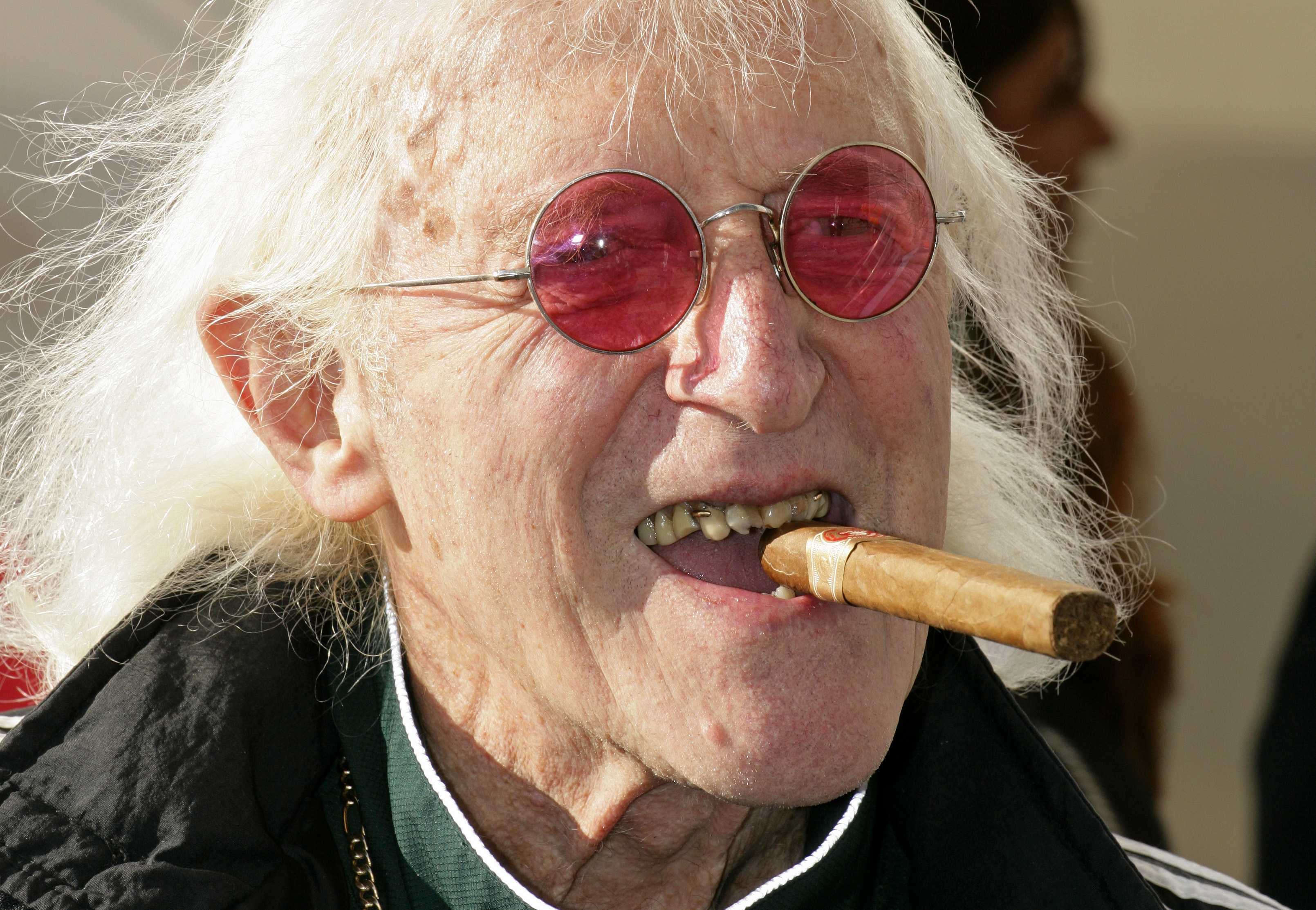 “I’m in favor of bold storytelling and the challenge here will be the extent to which the show centers on the experiences of Jimmy Savile and the extent to which it does justice to the victims,” added Theroux. “It’s easy to say the show should never have happened until you’ve interrogated the idea but you just don’t know. People thought Downfall [about Hitler’s last days] was crazy at first but it was a really interesting bit of storytelling. So much drama resides in moral or questionable personalities and the questions this raises gets me out of bed in the morning.”

Back to Mindhouse and drama isn’t the only new genre the indie is expanding into, with the outfit snapping up Channel 4’s Five Guys a Week producer Barnaby Coughlin to head up a fact-ent push last year and co-exec the KSI show.

“It’s fair to say we’re ambitious and all the things we aren’t doing are possibilities for things we could do,” said Fellows, neatly summarizing the ambition.

Netflix’s Ad Tier Launches Today In Eight Countries: What You Need To Know

News Networks Taking Over Primetime; How To Watch, What Shows Are Impacted