Follow
Home » Lifestyle » Louis Walsh: Britney Spears ‘was on so much medication’ on ‘X Factor’

Pink admits she regrets not reaching out to Britney Spears more

How Britney Spears’ hairstylist transformed her blond hair to pink

“The X Factor UK” judge Louis Walsh claimed in a new interview that Britney Spears “was on so much medication” in 2012 that she could barely sit up straight in her chair.

Walsh, 68, briefly worked with Spears, 39, on the now-defunct US edition of the singing competition. She was a full-time judge during Season 2, while he filled in for a bronchitis-stricken Simon Cowell during the auditions in Kansas City, Mo.

“I was sitting with Britney for two days, and after every few auditions, she would go…” Walsh told the Irish Independent on Sunday before imitating Spears allegedly slumping over at the judges’ table.

“They would literally have to stop the show and take her out because she was on so much medication and other stuff,” he claimed. “I felt sorry for her.”

The “Toxic” singer joined Fox’s “The X Factor” four years after her much-publicized breakdown. She reportedly earned a whopping $15 million for her one-season stint on the judging panel alongside Cowell, Demi Lovato and LA Reid.

“Here she was, the biggest pop star on the planet, and she was just sitting there physically, but she wasn’t there mentally,” Walsh recalled on Sunday. “She had a lot of problems.”

When asked whether he felt that Spears should have been receiving help at the time rather than starring on a TV show, the Irish music manager responded, “She was getting millions of dollars to do it, so why the f–k wouldn’t she sit there?” 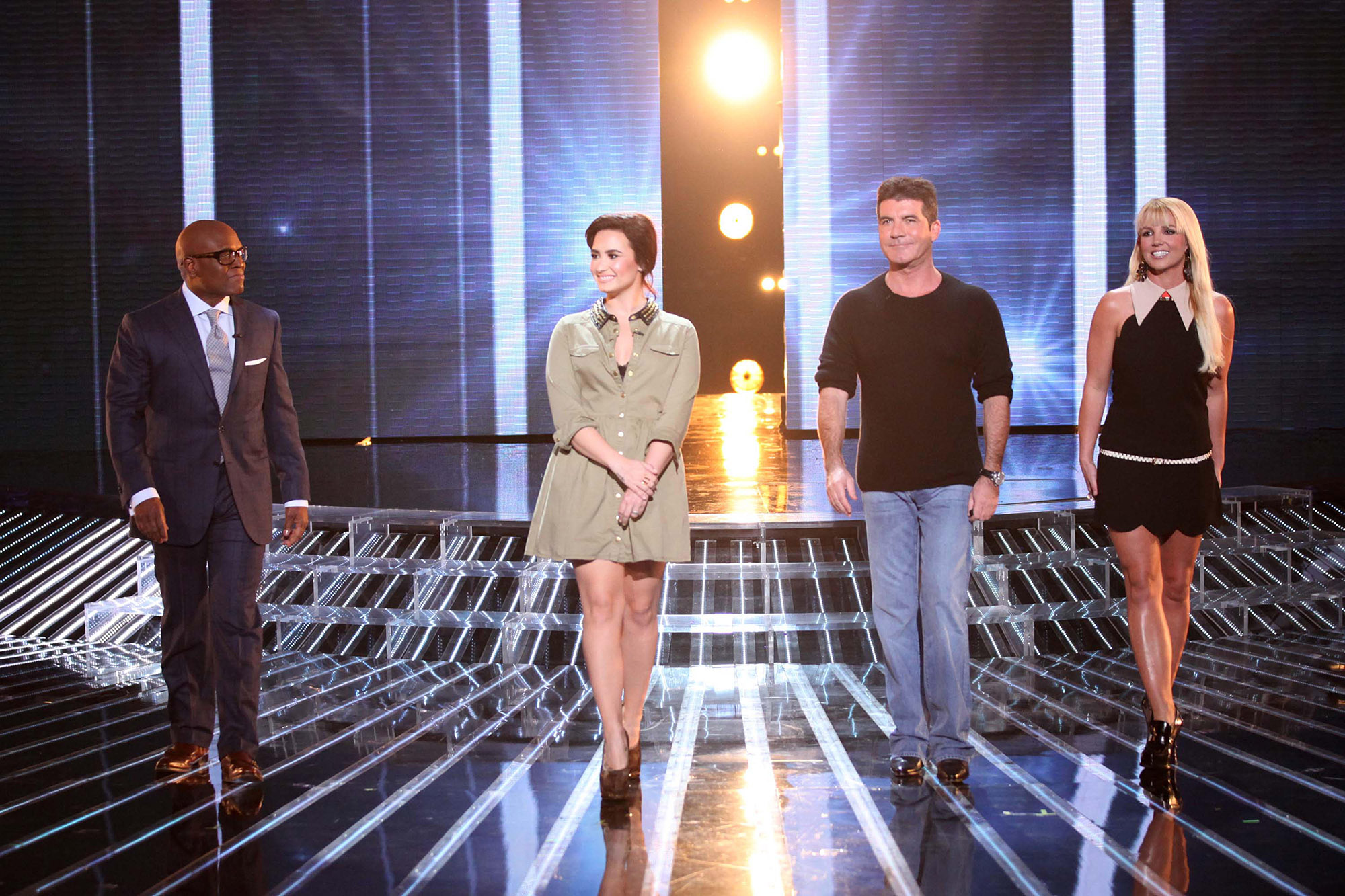 Spears has admitted that she did not have the best time on “The X Factor,” in part because she struggled with critiquing young contestants as a mother of two young boys herself.

“I was having panic attack after panic attack,” she told Elle in 2012. “I got over that quickly, though, and realized that I was helping them by being honest. … Personally, I think that’s the toughest part about being a judge on ‘The X Factor.’ Most of them are still developing, and it’s hard to tell such young kids whether they have what it takes or not, so I try to be as protective as I can with their hopes and dreams.”

Even Cowell, 61, noticed that the Grammy winner was “really uncomfortable” on set, telling Elle, “We all remember her with the snake around her neck and think, ‘She can’t be shy.’ But she is.”

Spears did not return for the show’s third and final season in 2013. Instead, she launched her lucrative Las Vegas residency, “Britney: Piece of Me,” which ran for four years.

A rep for Spears did not immediately return Page Six’s request for comment.