A Maine man is facing federal hate crime charges for allegedly setting a predominantly Black church on fire in Massachusetts, the Department of Justice announced Thursday. Dushko Vulchev, 44, is accused of igniting a fire at the Martin Luther King Jr. Community Presbyterian Church in Springfield on December 28, 2020.

Vulchev allegedly ignited a fire at the church, causing extensive damage and destroying the property. He also allegedly slashed several tires on and around the premises of the church, prosecutors said.

Vulchev is also accused of setting two other fires at the church on December 13 and December 15 of last year. Investigators cited security videos and location data from Vulchev’s mobile telephone, which they said showed Vulchev at or near the scene of the alleged crimes.

Vulchev faces four counts of damage to religious property involving fire, which carries a maximum sentence of 20 years in prison, a fine of up to $250,000 and three years of supervised release. He was also charged with one count of use of fire to commit a federal felony, which holds a 10-year prison sentence.

Vulchev was arrested on January 1, 2021, and his bail was set at $25,000. He is currently in state custody and will make his first appearance in federal court at a later date, the Department of Justice said. 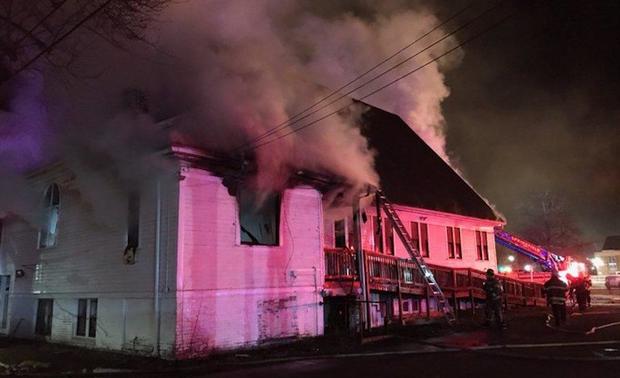 Investigators said a subsequent search of Vulchev’s personal electronic devices and vehicle found information that displayed his “hatred of Black people.” They found messages from Vulchev in December 2020, calling to “eliminate all N****s,” along with images that showed his “racial animus toward Black people.”

Martin Luther King Jr. Community Presbyterian Church was founded in 1979 and has a predominately Black congregation, according to the church’s website.

“We know that in the midst of this tragedy something good will come from it,” Reverend Dr. Terrlyn L. Curry Avery said in a virtual sermon in January. “I’m inspired because I’m wanting to see what new thing God is getting ready to do in our lives even as we mourn the loss of a church building.”

“A message needs to be sent for the demented actions taken by this individual and any others contemplating these types of hideous and hateful crimes,” Sarno said. “What type of message does this send to our Martin Luther King, Jr. Presbyterian Church family? Our African American community? And our brave and dedicated fire, police, and criminal justice professionals? I’ll tell you – the wrong one!”

MAIL ON SUNDAY: It's time to save us from this plague of wokery, Boris