Follow
Home » Lifestyle » Man buys a £12,500 realistic dog costume so he can live as a collie 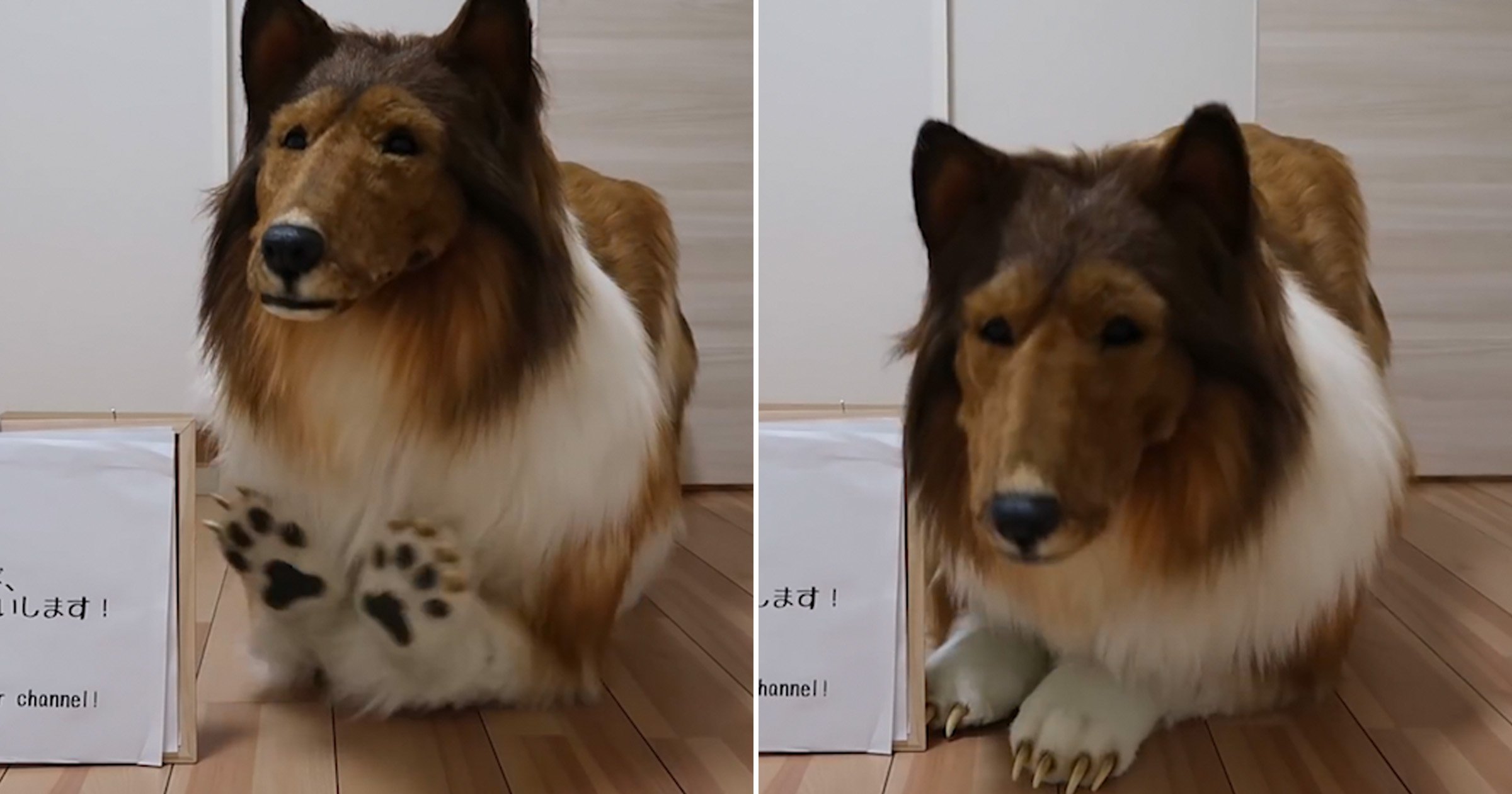 A man from Japan is doing just this – although some might find his dream a little bizarre.

Fulfilling a life-long ambition, the man, Toko-san, has spend £12,500 on a dog costume that looks very believable.

He commissioned an agency called Zeppet, known for creating TV and film costumes, who spent 40 days making the bespoke outfit.

Toko-san, said: ‘I made it a Collie because it looks real when I put it on.

‘I thought that a big animal close to my size would be good – considering that it would be a realistic model, so I decided to make it a dog.’

The costume has received mixed reactions from the public, with some thinking it’s cool and others finding it strange.

One viewer commented on a video of the dog costume: ‘No matter how much money you spent, you won’t be a real dog.’

To get it right, Zeppet went through various revisions, with San being involved throughout the production process.

It was a difficult task, given the amount of material needed to make it look life-like and fit an adult body.

A spokesman for Zeppet said: ‘Modelled after a collie dog, it reproduces the appearance of a real dog walking on four legs.’

Toko-san wrote on Twitter: ‘I ordered a costume! Thanks to you, I was able to fulfill my dream of becoming an animal!’

The mouth of the costume even opens and closes by itself.

Zeppet’s spokesperson added: ‘There are restrictions, but you can move in it. However, if you move too much, it will not look like a dog.’

Under a video of the outfit, more people weighed in.

Another wrote: ‘You spent money on that? Lol well at least it’s realistic to a degree.’

One commented: ‘I think it’s awesome that you are a Border collie never change unless you want to.’