‘I can’t cope!’ Man in hysterics after his brother uses luxury £60 wallpaper to wrap Christmas presents

Let’s be honest, getting all your Christmas shopping done is only half the battle.

Once you’ve bought gifts for all your loved ones, the second challenge at hand is getting them all wrapped in time to go under the tree.

So when Christmas Eve rolled around this year, one man grabbed the nearest roll of paper he could find and called it a day.

But unfortunately for him, the pretty wrapping paper he reached for wasn’t actually wrapping paper at all… but rather a rather pricey roll of wallpaper his mother had been saving up. 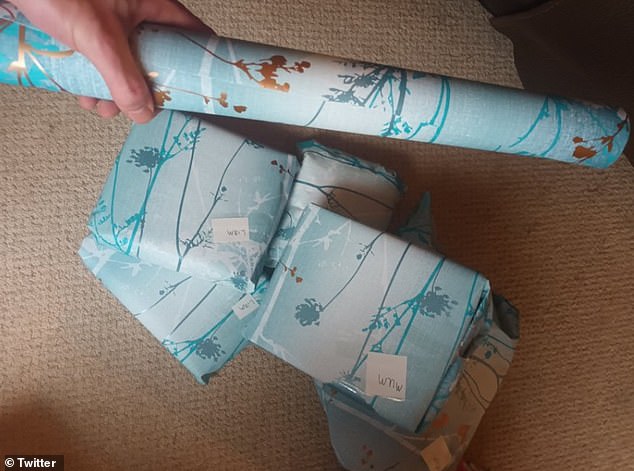 Twitter user Daniel, from Dublin, shared a photo of his brother’s five wrapped presents. His sibling had mistaken his mother’s pricey roll of wallpaper for wrapping paper

Posting about the incident on Twitter, the man’s brother Daniel, from Dublin, shared a photo of the five presents his sibling had wrapped using the blue floral wallpaper.

He wrote: ‘My brother used, as wrapping paper, the €70 [£61] wallpaper that Mum had bought to redecorate rooms.

Since posting it on Christmas Eve, Daniel’s tweet has amassed over 290,000 ‘likes’ and left followers in hysterics. 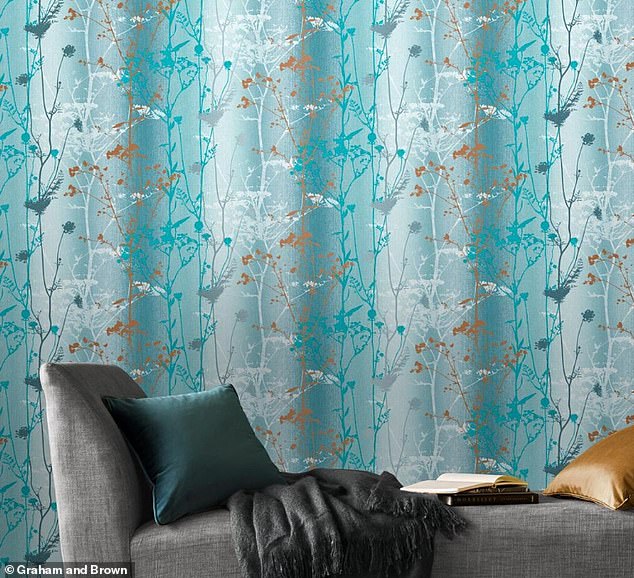 Perplexed as to how Daniel’s brother made the mistake, one replied: ‘Wallpaper feels 100% different then wrapping paper, how do you confuse them?’

His brother cheekily replied: ‘Your guess is as good as mine…’

Another joked: ‘Let us know when the funeral is.’

Seeing the positive in the situation, a third said: ‘The paper is beautiful! Those will be the prettiest presents under the tree.’

After the tweet went viral, a Twitter user who claims to work for Graham and Brown – who make the wallpaper – got in touch with Daniel.

They responded: ‘I work for Graham and Brown, who make the wallpaper your Mum loves.

‘As it’s the season of goodwill, and peace to all, I’m sure I can arrange a free replacement roll. So no need to argue! DM me and we’ll get a roll to you in the new year.’

‘This is wholesome,’ a follower said in response to the offer. ‘Twitter at its best!’

‘Probably my favourite part of social media,’ another replied. ‘Making direct and personal connections that spread a little bit of humanity and love.’

This woman claims she was kicked out of a restaurant over her ‘inappropriate’ top -but STILL doesn’t see the problem with it.

Mother-of-two reveals she removes her decorations down at 6pm on Christmas Day – people troll her for it but she’s thinking of her daughter.