Mariah Carey’s 11-year-old daughter, Monroe, proved she’s already following in her mom’s footsteps when she joined her on stage for their first ever duet.

The pop star, 52, invited the pre-teen to perform with her at her “Merry Christmas to All” show in Toronto, where they sang “Away in a Manger.”

The unofficial “Queen of Christmas” – who shares Monroe and her twin brother, Moroccan, with ex-husband Nick Cannon – harmonized with her mini-me at the Scotiabank Arena, which was all decked out in holiday decor.

The pair even twinned in similar white ballgowns.

Mariah wore a dress adorned with a bejeweled bodice and a full tulle skirt, which she paired with a tiara, while Monroe rocked a tutu-style skirt and a glittering white bodice with cap sleeves. 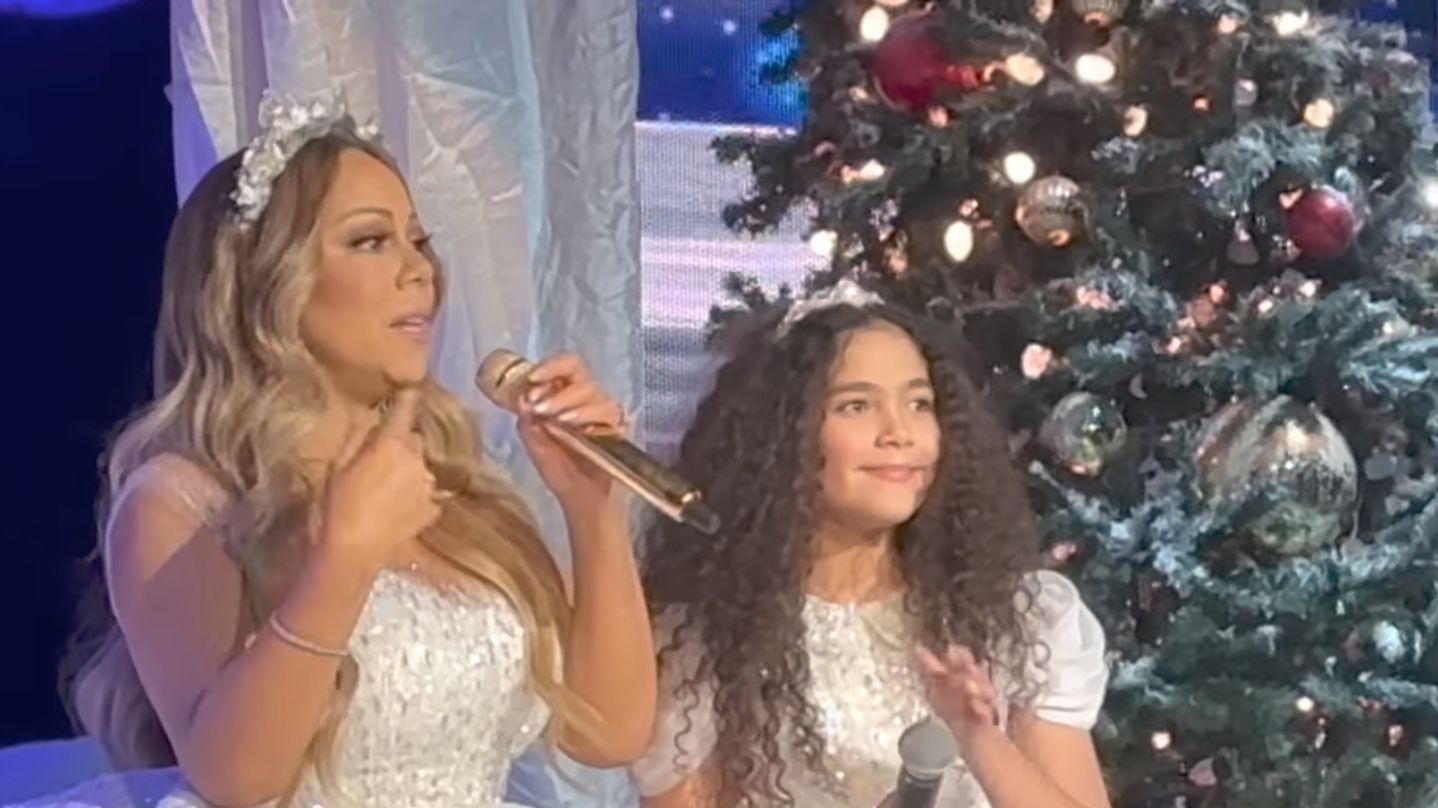 “This is my baby girl, here. Eleven years ago, I got the greatest gift,” the Grammy winner told the crowd.

“You know what, I don’t have birthdays, but the birthing day was the greatest gift ever. This is our first duet,” she added, before giving her daughter a kiss as she walked off the stage. 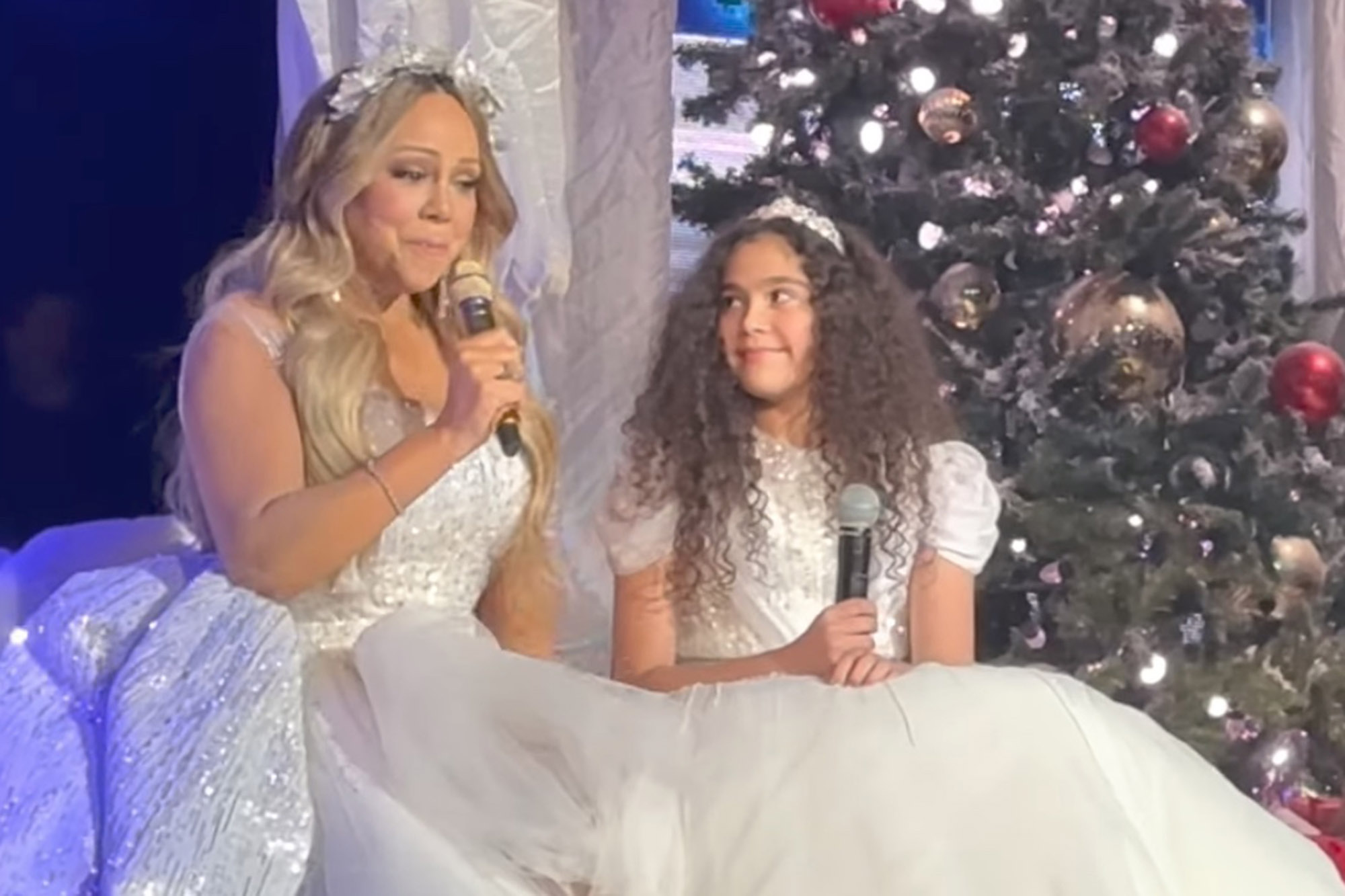 The concert marked the first of Mariah’s four special Christmas performances. She returns to the stage in Toronto on Sunday before heading to the iconic Madison Square Garden in New York for two shows next week.

Meanwhile, Monoe’s dad is awaiting the birth of his second baby with Alyssa Scott, which will make him a father of 12. 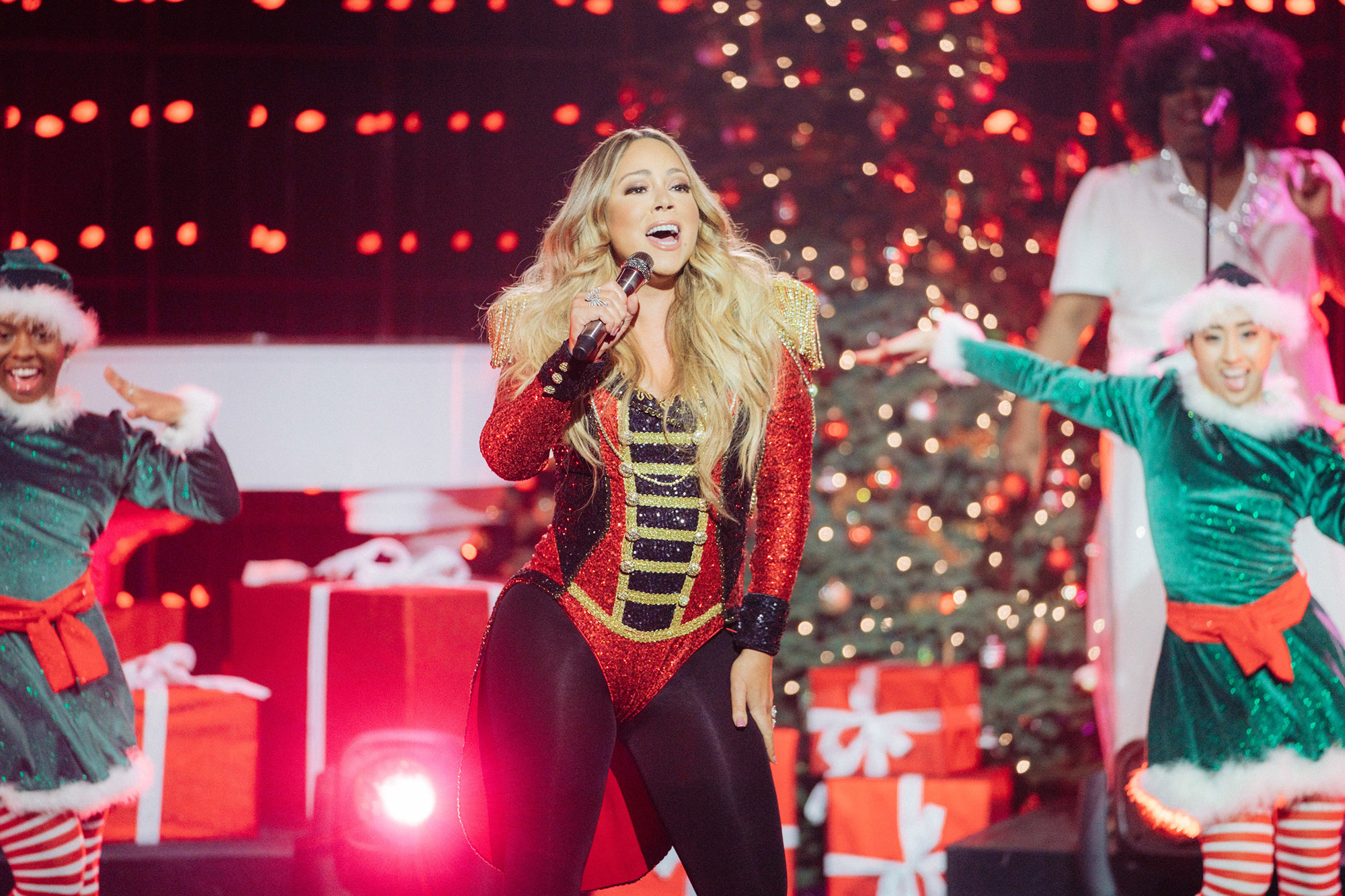 Scott, 29, took to social media on Friday, telling her fans she would be giving birth any day now. 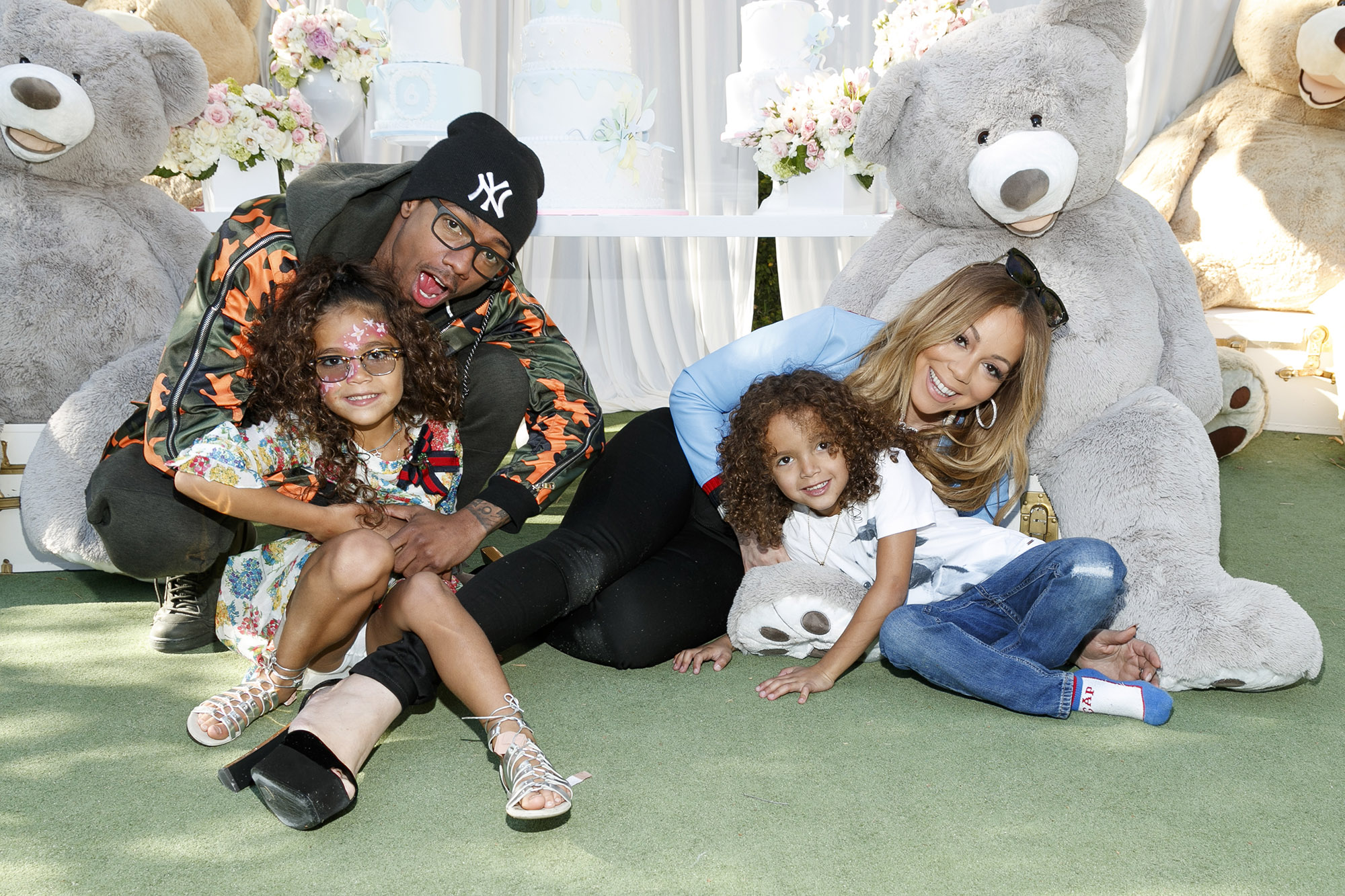 The model announced she was pregnant with her third baby back in October, with the “Wild N Out” star confirming his paternity the following month.

The pair previously welcomed a son named Zen in June 2021. However, the little one sadly lost his battle with brain cancer that December. 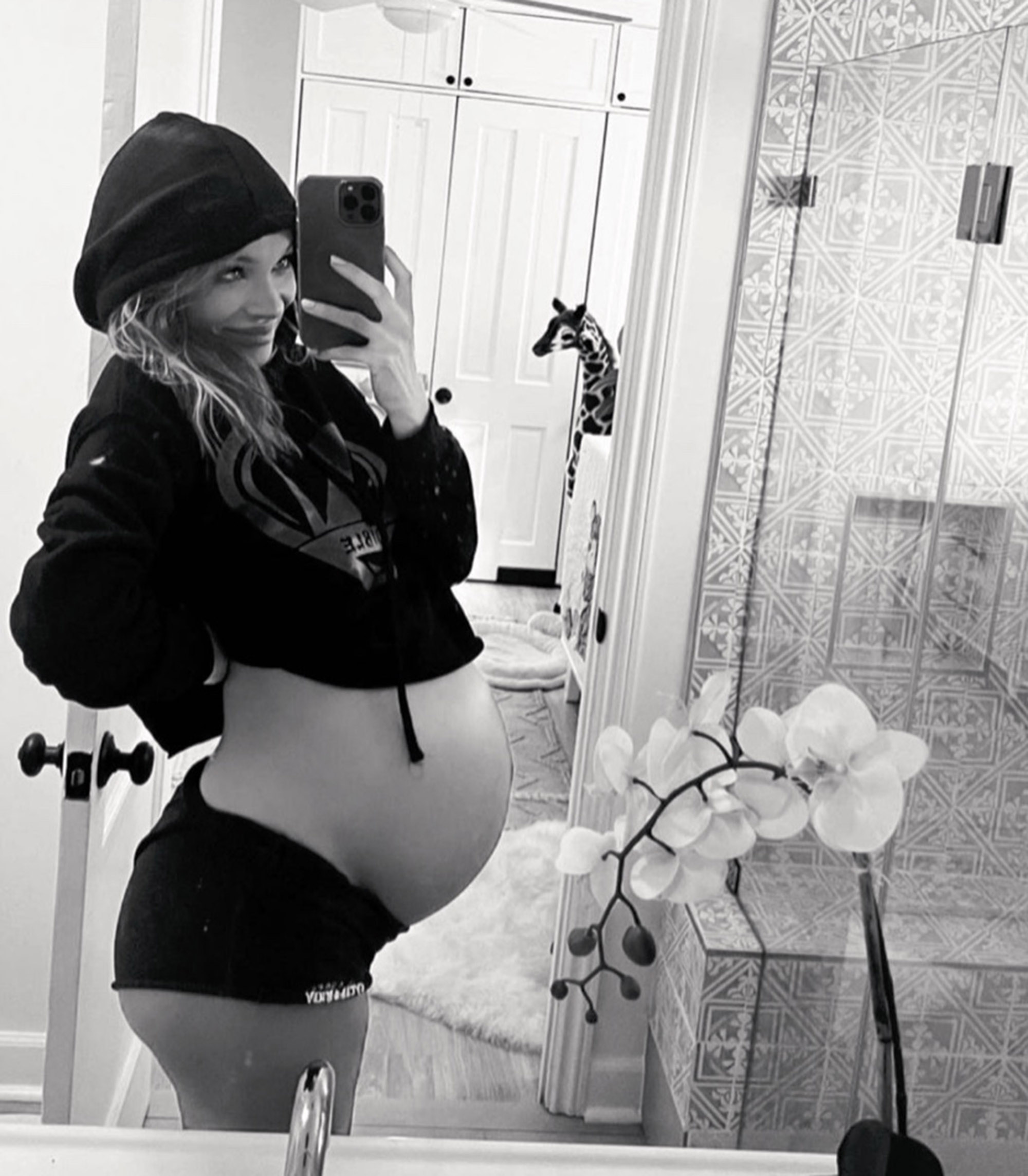 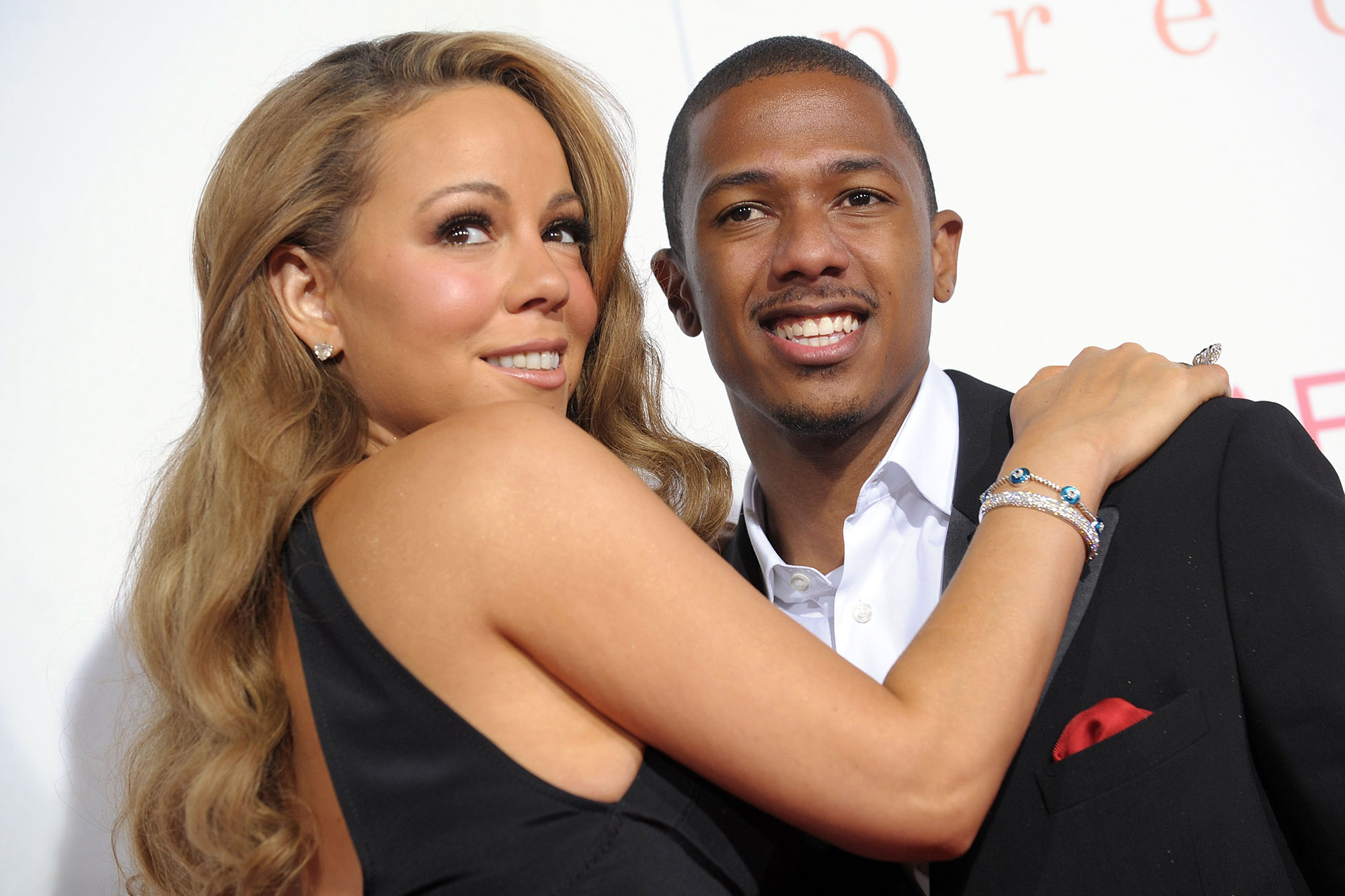 The “Drumline” star is also the father of Moroccan and Monroe with Carey, whom he split from in 2014, as well as son Golden, 5, and daughter Powerful, 1, with Bell, and twins Zion and Zillion, 1, with De La Rosa.