Matt Amodio: 5 Things To Know About The Current ‘Jeopardy!’ Champion

Learn all about Matt Amodio, the Ph.D student who is on an impressive winning streak with big earnings on ‘Jeopardy!’

Look out Ken Jennings and James Holzhauer, because a new Jeopardy! champion has arrived. Matt Amodio, 30, is currently dominating the quiz game show, with 16-straight wins that has earned him $505,200 as of Wednesday, Aug. 11. That puts Matt as the fourth-winningest Jeopardy! contestant of all time, behind only Jason Zuffranieri, who has won $532,496, and then top two record holders James, 37, and Ken, 47.

So who is Matt Amodio? From his journey to Jeopardy! to the surprising strategy he uses on the show, HollywoodLife has rounded up five key things to know. Learn all about Matt below! 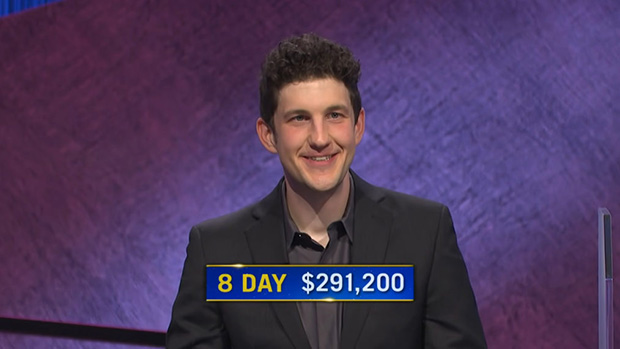 Matt hails from Ohio, and attended the public school systems in Medina, a city south of Cleveland with a population of roughly 26,095. Matt’s parents still live in the town, and he even gave a shout out to his teachers growing up at the beginning of the Aug. 10 episode of Jeopardy! “I’m a proud product of my public high school or my public school system in Medina, Ohio,” Matt said. “So, I loved every teacher I had, and you don’t get enough thanks. Thank you very much,” he added.

Matt is currently a Ph.D student at Yale University in New Haven, Connecticut. He specializes in computer science and focuses on artificial intelligence as a fifth-year candidate in the lab of professor Smita Krishnaswamy. Matt has used his research at Yale to help his knowledge on Jeopardy!, and his fellow lab mates have been cheering him on every step of the way.

“They’ve also been following on Slack. There’s a daily message saying ‘Wow!’ or Oh my goodness!’ ” Matt said in an Aug. 9 interview with Yale. “They were a little more fast and furious in the beginning, and then I think they started to realize ‘Oh, this might go on for a while.’ They’ve been very supportive,” he added. 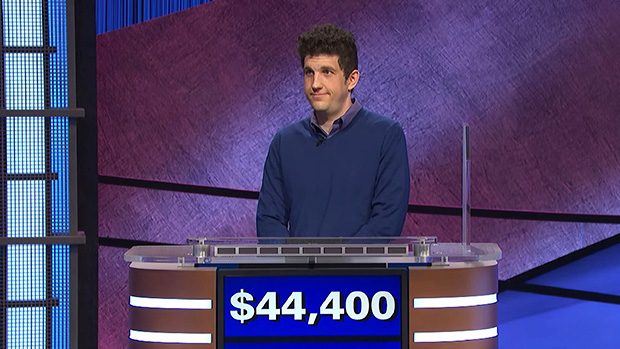 Matt, like most Jeopardy! contestants, is a massive fan of the beloved quiz show. In fact, he said in his Yale interview he started watching the show “before I was even able to understand the words.” Matt continued, “My parents watched it every day. I don’t remember it, but I’m sure there was that moment when I got my first question right and for the first time in my young life I said, ‘Oh my God, I knew one!’ “

While Matt was a fan for years, he finally made the big decision to apply for the show thanks to some “pestering” from his father. ” ‘You’re smart, you can do it,’ ” Matt recalled of his father telling him. Matt initially refused, but eventually gave in to his dad. “I took the online test just to satisfy him and never expected anything of it,” he explained. “And I don’t think I heard anything the first time, but the second time I took it, I got invited to an in-person audition. I definitely have to tip my cap to my dad on that one.” 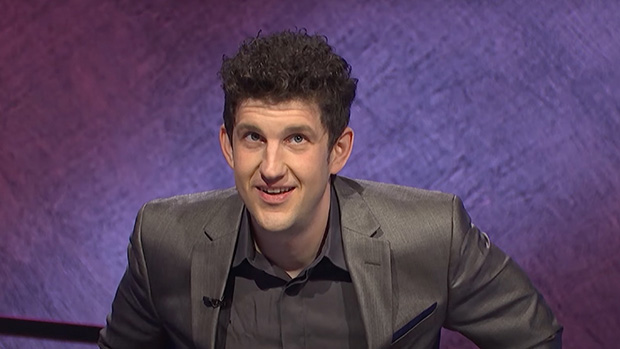 5. Matt has a unique answering style on ‘Jeopardy!’

Matt has been absolutely slaying the competition on Jeopardy!, but his answering styles have prompted some controversy. Matt says “what’s” at the beginning of every answer, regardless of the category. Fans have called this out, but producers of the show have said it’s fair game. Matt has defended his decision to answer in that style, and even said that it’s his strategy to do so.

He told Yale, “I have strategy where I form all of my questions with a ‘what’s’ at the beginning – then, I can focus on the rest of the clue. Other people have been very upset about me being robotic instead of forming a question differently each time. I was glad that Jeopardy! said this was perfectly within the rules. I’ve watched Jeopardy! every day of my life, so I knew it was OK.”

Matt’s next Jeopardy! match will take place on Thursday, Aug. 12, where he will try to snag his 17th-straight victory and add to his incredible earnings. Here’s hoping he can pull it off!