Actor Matt Damon is facing backlash for admitting that he used a homophobic slur until his daughter convinced him to stop “months ago.” In an interview with the Sunday Times, the 50-year-old said he stopped using the word after his daughter taught him about its harmful connotations.

“The word that my daughter calls the ‘f-slur for a homosexual’ was commonly used when I was a kid, with a different application,” Damon said. “I made a joke, months ago, and got a treatise from my daughter. She left the table. I said, ‘Come on, that’s a joke! I say it in the movie Stuck on You!’ She went to her room and wrote a very long, beautiful treatise on how that word is dangerous. I said, ‘I retire the f-slur!’ I understood.” 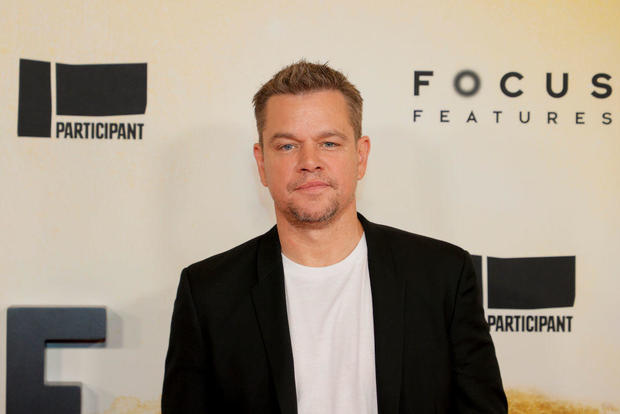 Damon, who is best known for his roles in “Good Will Hunting,” “Saving Private Ryan,” and the “Bourne Identity” series, made the comments on a press tour for his newest film “Stillwater.” The film is a fictional crime drama inspired by the 2007 murder of Meredith Kercher, which gained international notoriety after American exchange student Amanda Knox was wrongly convicted of the crime.

His fans and colleagues reacted quickly to the interview online, with many saying the actor should have stopped using the phrase a long time ago — especially given other controversial comments he’s made.

“So Matt Damon just figured out “months ago”, by way of a “treatise” from a child, that he’s not supposed to say the word f*****,” filmmaker Travon Free tweeted Sunday. “Months, ago,” he emphasized.

Comedian Billy Eichner said, “I want to know what word Matt Damon has replaced f***** with.”

“As a member of the press, I like when celebrities talk to the press, but it’s always illuminating to hear the stories that folks like Liam Neeson or Matt Damon think are humanizing and charming, but actually reveal insulation and isolation (among other unsavory stuff) instead,” The Hollywood Reporter’s chief television critic Daniel Feinberg tweeted Sunday.

“I get the sentiment, but this is super 101 stuff,” added writer Charlotte Clymer. “This is like 10+ years ago kinda stuff. And he knows better.”

anti gay slur, daughter, Still
You may also like: