Follow
Home » Lifestyle » May 10 – On this day: 66 years since the execution of two Cypriots members of EOKA

May 10 – On this day: 66 years since the execution of two Cypriots members of EOKA 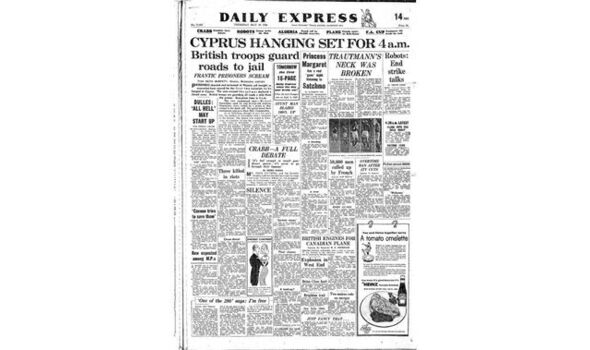 Michael Karaolides, 23, shot and killed a policeman, while Andreas Demetriou, 24, fired at and severely wounded a British businessman. The area around the jail was declared a closed zone and British troops were guarding all roads a mile from the prison.

The pair had been charged following a police raid at a party at Richards’ house in West Wittering on February 12.

28 years ago (1994) Nelson Mandela was sworn in as South Africa’s first black president after his African National Congress (ANC) party won 252 of the 400 seats in the country’s first democratic elections.

In Mandela’s inauguration speech, the former political prisoner spoke of the “human disaster” of apartheid and promised to work for reconciliation.