MCDONALD’S is bringing out a chicken Big Mac by swapping out its iconic beef patties for two crispy fillets – complete with its signature sauce.

The burger will be on the menu in McDonald’s 1,300 UK restaurants from February 2. 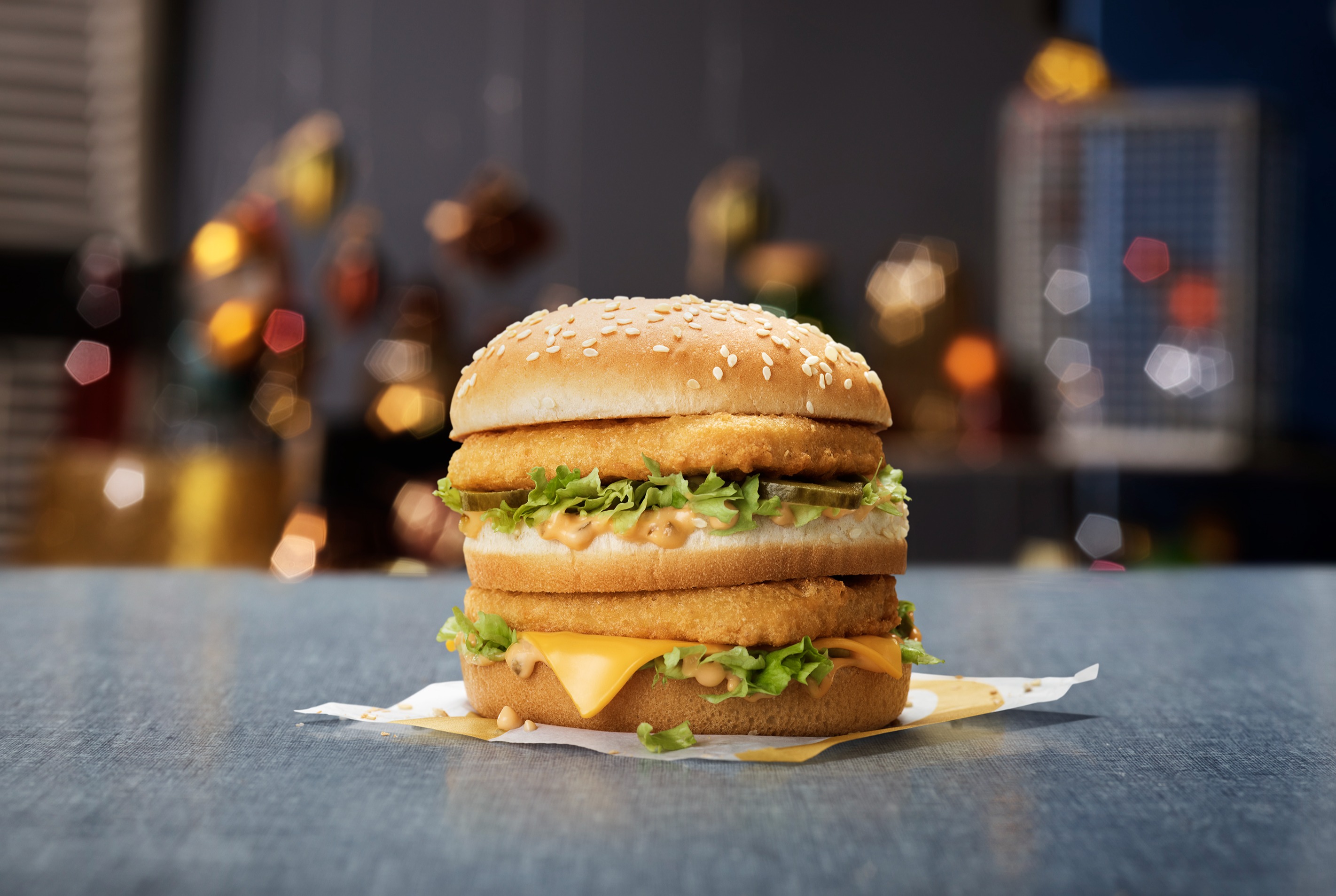 But fans only have until March 15 to order it from the fast food giant.

The chicken version is 50p more expensive than a classic Big Mac, which costs £3.59,but prices do vary between branches.

It also has more calories with 544kcal, compared to a Big Mac which is 508.

The chicken Big Mac is already available on the menu in Australia – but this is the first time it’s been sold in the UK.

Customers have been able to make a DIY chicken Big Mac by ordering two mayo chicken sandwiches and constructing their own burgers.

The double Big Mac is returning to UK menus on the same day next month.

The fast food chain angered fans last year by removing the chicken legend from the menu, and it's finally making a return.

Last month, McDonald’s also rolled out the McPlant, which is made with a meat-free patty and vegan cheese, to all its restaurants.

McDonald's confirmed yesterday that it is axing two popular menu items – the breakfast bagel and wrap.

But it hinted that there will be new additions this year, although it didn't say what that could be.