The Woman King continues to dominate conversations and the box office with its depiction of the all-female militia of the Dahomey Kingdom, The Agojie. But just as the film directed by Gina Prince-Bythewood uncovers a little known story of African history, there are several real life queens on the continent that many don’t know and should. One of them is Olori Atuwatse III, Queen Of The Warri Kingdom in Nigeria.

Atuwatse is far from just a figurehead. Born in Lagos, the London School of Economics graduate joined the Nigerian bar in 2010. She’s also a member of the Chartered Institute of Arbitrators Nigeria Branch and has certifications from the Nigerian Chambers of Commerce and Chambers of Maritime. 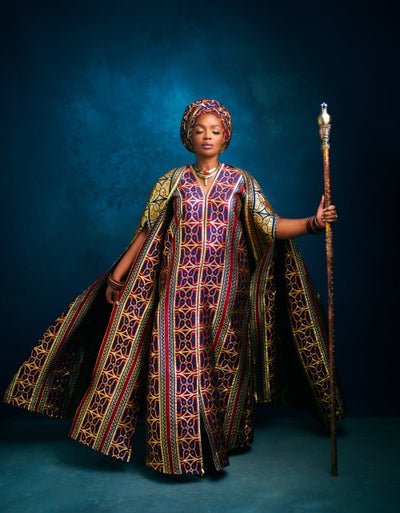 An advocate of social enterprise and philanthropy, Atuwatse has founded multiple businesses, including the clothing line Colour Couture and Breakfast in Bed, a food delivery company in Lagos. The Love Drive, a free yard sale she created, also helps supply necessities to those in need in her birth city.

This summer, the wife of Ogiame Atuwatse III, the 21st Olu of Warri, invited ESSENCE Studios‘ Sidra Smith to spend the day with her and learn more about her life as a wife, mother, entrepreneur, and queen. Watch their in-depth one-one-one conversation in the video above.