Prince Harry and Meghan Markle‘s trip to New York City got a lot of people talking. It’s the first time the Duke and Duchess of Sussex made a joint public appearance since the birth of their daughter, Lilibet. While in the Big Apple Meghan raised quite a few eyebrows with her wardrobe choices.

Here’s why Harry’s wife was criticized for some of her attire. 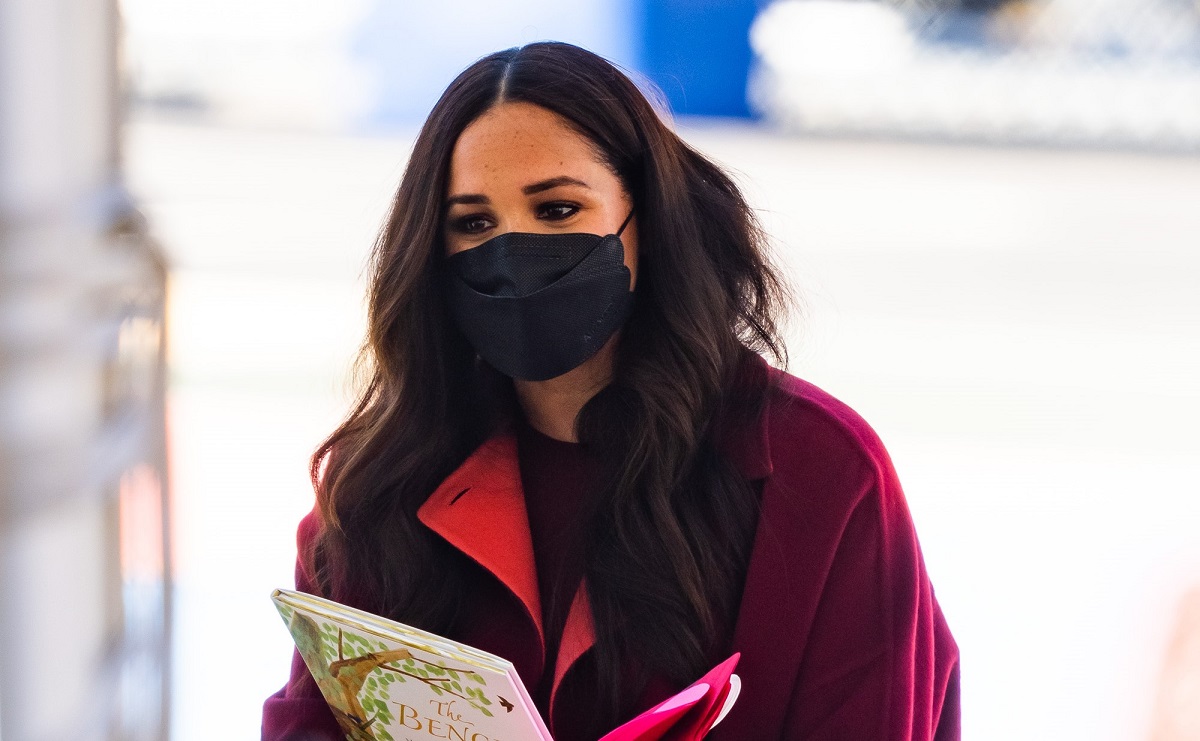 One stop on Meghan and Harry’s NYC trip was to Harlem’s PS 123 Mahalia Jackson school. Evoke reported that for the visit, where Meghan read her children’s book to youngsters, she donned quite an expensive outfit. The duchess chose to wear a cashmere coat that cost $5,480 and matching trousers that sell for $1,680 by the brand Loro Piana.

Some royal watchers were left scratching their heads wondering why the former Suits star wore such an outfit to the school where Public School Review states 94% of the students are eligible for free meals. The duchess’s husband did opt for a more casual look as Harry wore beige pants with a navy polo shirt.

During their trip, the couple stayed at the swanky high-end Carlyle Hotel in Manhattan where some rooms cost upwards of $8,000 a night. The hotel was a favorite of Prince Harry’s late mother, Princess Diana.

The duchess was criticized for another wardrobe choice

Some of Meghan’s other outfits raised a lot of eyebrows but for a different reason.

The Sussexes met with New York Mayor Bill de Blasio as well as New York Governor Kathy Hochul and toured One World Trade Center and the 9/11 Memorial. For that, Harry’s bride sported wide-legged trousers with a long black Armani wool coat and a black turtleneck. Meghan then changed into a long-sleeved black turtleneck dress with a camel MaxMara wool coat when they went to UN.

The reason those outfit choices were so odd is because it was 80 degrees in New York that day. Many fans on social media questioned why she decided to wear those clothes in such warm temperatures.

“Ridiculous — who wears a coat in this weather?” one fan tweeted.

“It’s 25 degrees Celsius in NYC this week–why on earth she is wearing [a] turtleneck and a coat??” another wrote.

A third person said: “Lol a fan of Harry and Meghan but someone should’ve warned her about the September weather in NYC, she’s dressed aggressively for fall and it is basically 80 degrees.”

“I love love love Meghan Markle so much but it was wayyy tooo hot for her coats in NYC yesterday… love you tho… I’m sweating for her,” another fan commented.

Another wrote: “Does Meghan not understand weather? There was ‘no’ memo for coats today.”

“Sorry just laughing at this footage of Meghan wearing a heavy ass coat in NYC when it’s been hot and humid the past few days,” one person said and seemed to be onto something adding: “LOL what is she hiding under there?”At least one publication has reported that the Duchess of Sussex might have been trying to cover something under her coat after all.

The Sussexes secretly filmed their NYC trip for a Netflix documentary

Turns out, Meghan may have been trying to hiding a mic under her attire. According to Page Six, Meghan and Harry are believed to have secretly taped their visit to New York for “a rumored Netflix documentary about their lives.”

The outlet noted that the pair brought their videographer with them on the trip. He was even seen “running ahead of them as they stepped out before a tour of the 9/11 Memorial.” Meghan and Harry’s photographer Matt Sayles was also on hand documenting the trip. Moreover, “Harry appeared to be sporting a mic during his visit with his wife to iconic Harlem soul food eatery Melba… He had a wire around his neck, which was then seen tucked into the pocket of his chinos as he hugged restaurant owner Melba Wilson.” If Meghan was mic’d up too she may have been so bundled up in an effort to try and hide it.

The Sussexes signed a deal with Netflix worth approximatley $100 million in September 2020 to produce content for the streaming platform.

meghan markle, Roy, Royal Family
You may also like: