Quentin Tarantino, 59, gives rare update on being dad to two little ones

The best beauty looks from the 2023 Golden Globes: Shop the stars’ products

Melissa Rivers has never been one to bite her tongue.

The “Fashion Police” co-host and daughter of late icon Joan Rivers was watching Tuesday’s Golden Globes 2023 arrivals along with the rest of us — and while she declared the red carpet “on life support” in an interview with Page Six Style last year, she was thrilled to see the step-and-repeat recovering. Well, sort of.

“I like to think that it’s gone from the ICU [to a unit that’s] a step down,” Rivers tells us post-Globes. “You’re not yet out of the hospital but, you know, we’re not standing over the bed with our fingers crossed, hoping for a miracle.”

The style critic says she was delighted to see celebrities “[having] a little bit of fun” with fashion at the show, and thought Gucci particularly “knocked it out the park” with its romantic looks for stars like Daisy Edgar-Jones, Michelle Williams, Julia Garner and Jenna Ortega. 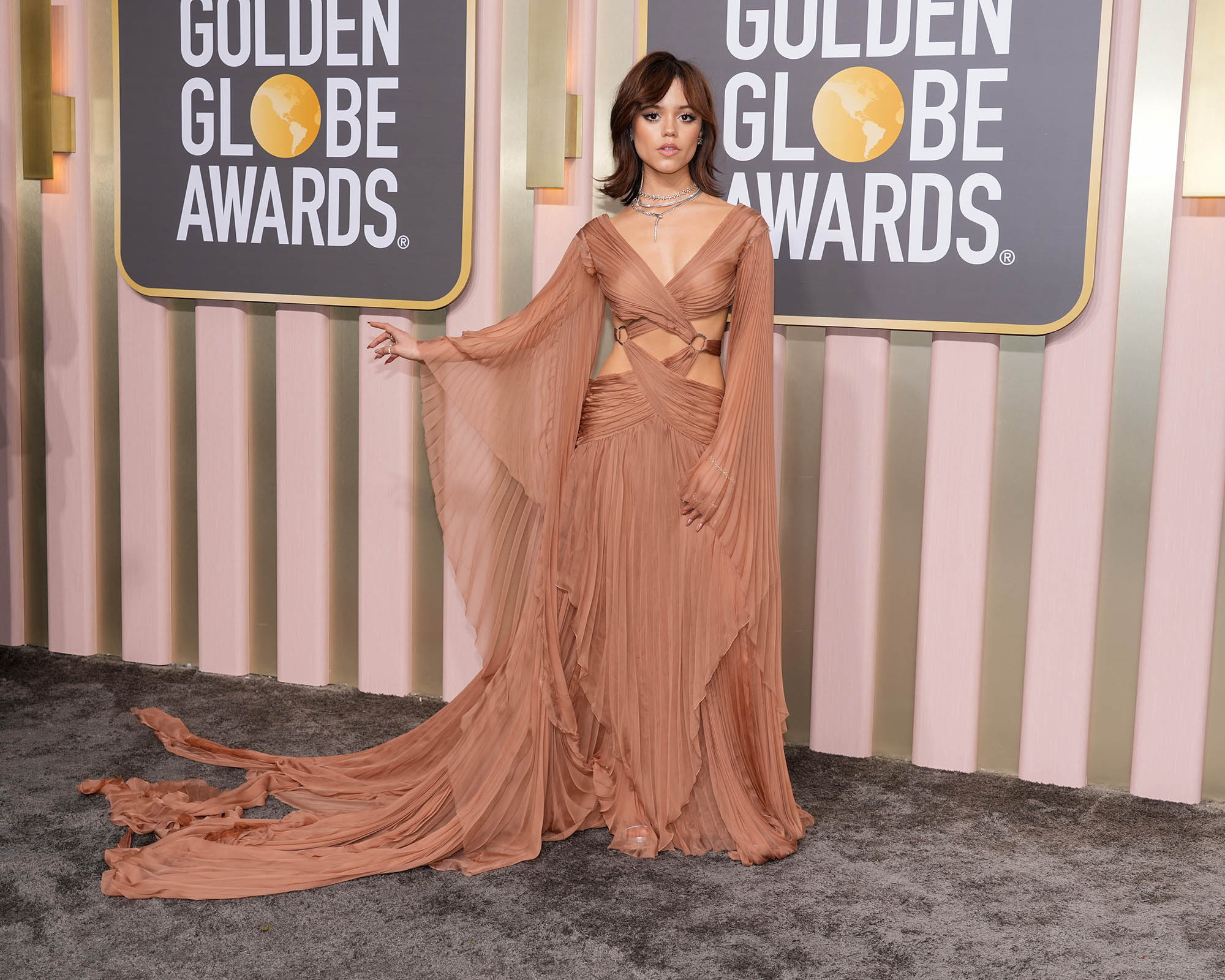 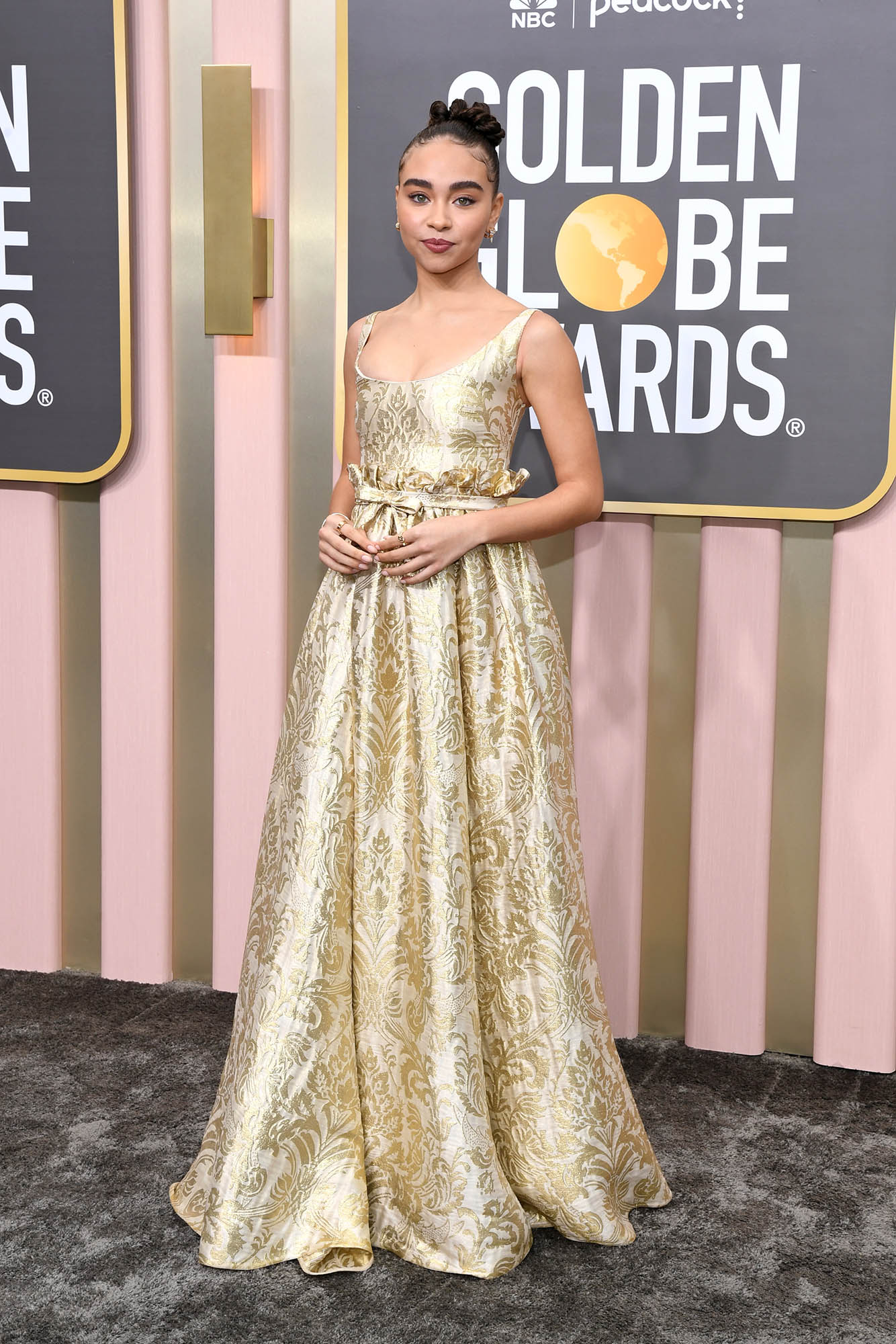 “Hosting in a dress like that is not easy,” she said of Cox’s look. “Anything plunging when you’re hosting … I tip my hat at taking that risk and pulling it off, because you are taped in within an inch of your life.”

But the actress who “really needs to be in her own category,” Rivers said, is Angela Bassett, who glittered down the Globes carpet in a silver sequined halter gown by Pamella Roland. 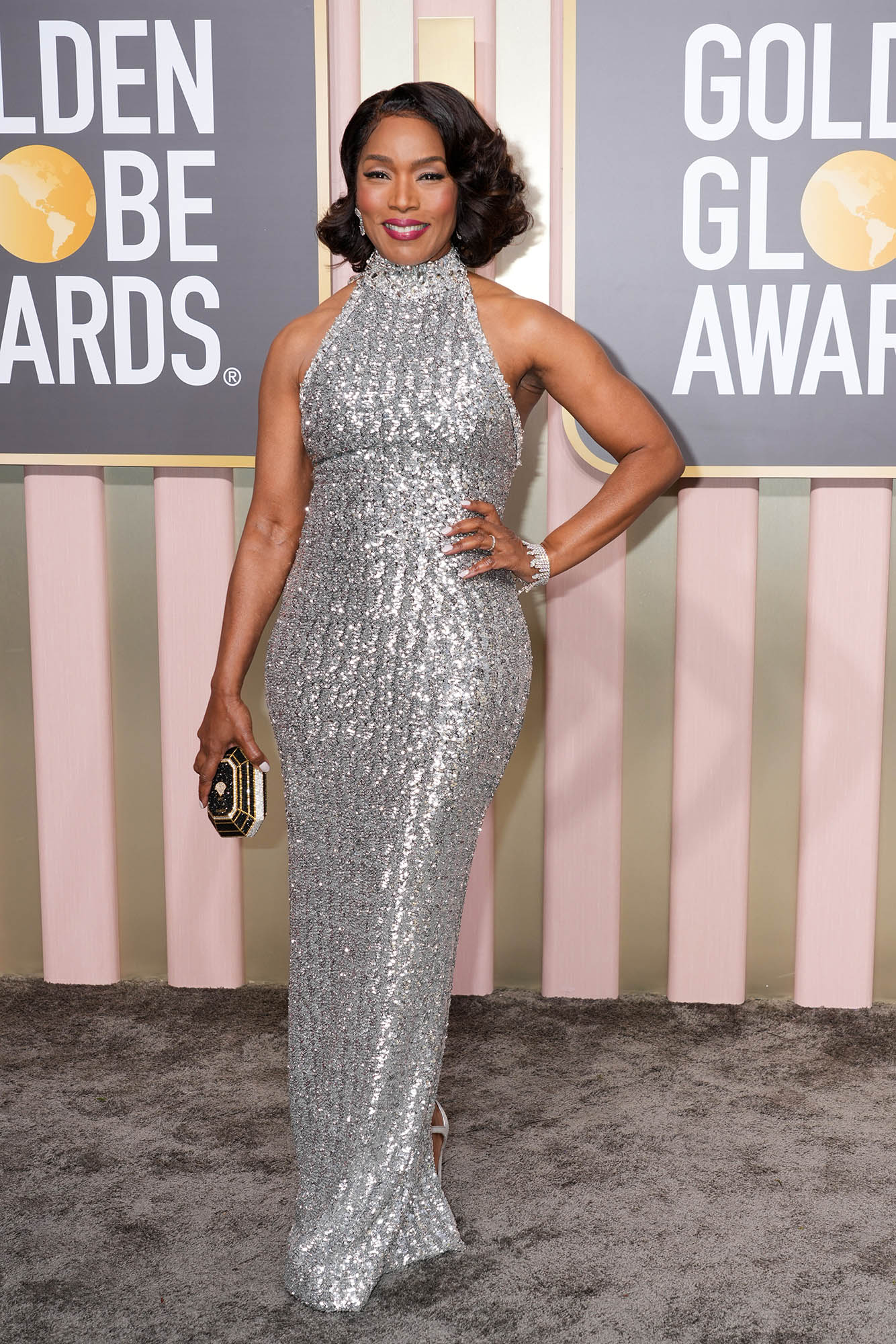 “She’s a star. She walks in a room and owns it. It doesn’t matter what she’s wearing,” she gushed. “I loved the dress; the hair and makeup and jewelry were breathtaking. But the way she comports herself and the way she speaks and the way she moves, it’s like, ‘Oh, there’s the adult in the room.’”

As for her least favorite look of the night? That’d be Heidi Klum, who wriggled out of her viral worm Halloween costume and into a sequined, feathered and sheer-paneled Germanier look fit for a showgirl. 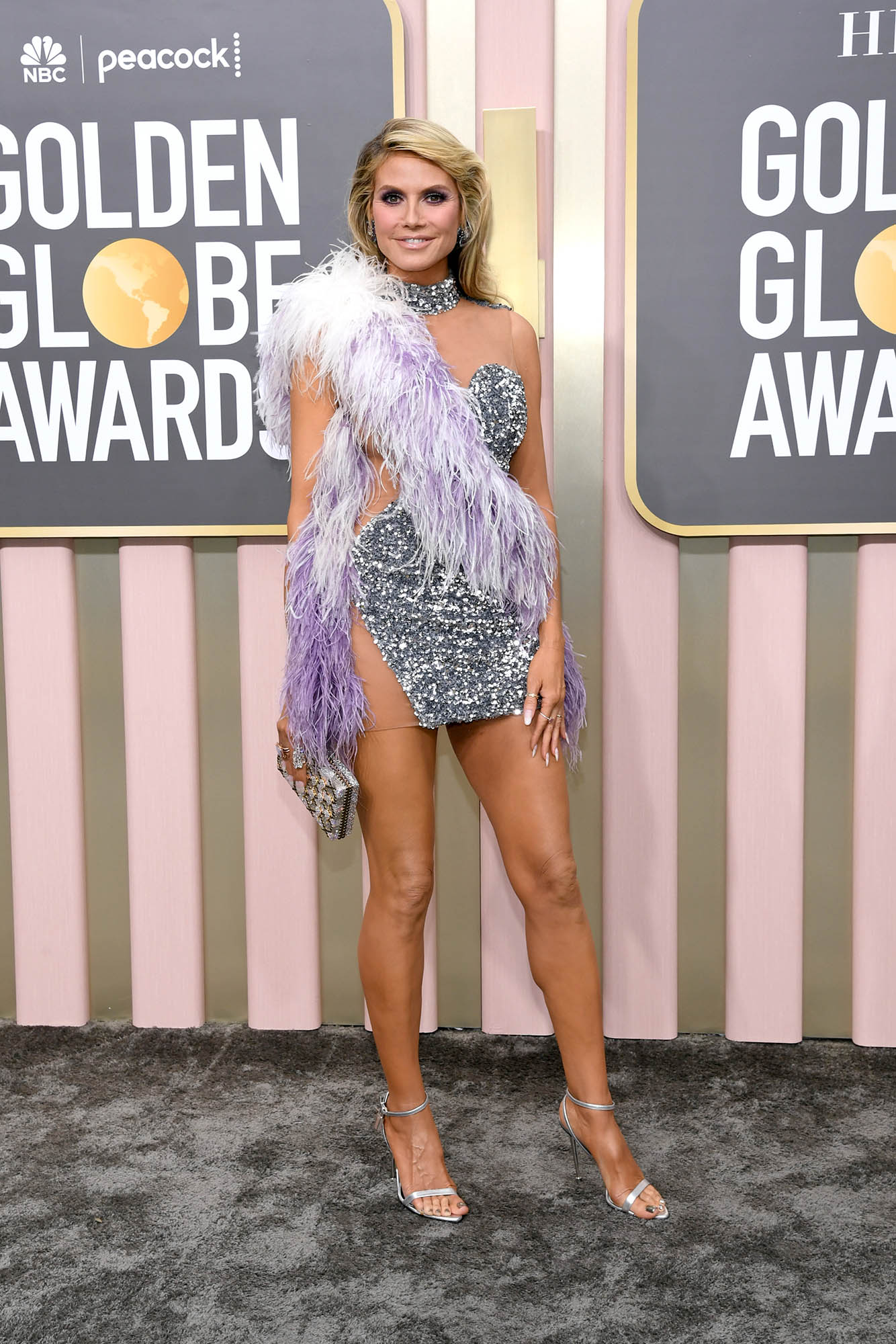 “She’s actually genius, because no matter what event or what show [she’s at], we’re talking about her,” Rivers said of Klum’s always-wacky wardrobe.

“There is no reason for her to be at half of these shows or red carpets, and we end up talking about her every single time … [and] not because she looks good.”