No warning signs? Michelle Branch and Patrick Carney appeared to be totally in love just months before calling it quits.

“To say that I am totally devastated doesn’t even come close to describing how I feel for myself and for my family,” Branch, 39, said in a statement to Us Weekly on Thursday, August 11, confirming the couple’s split. “The rug has been completely pulled from underneath me and now I must figure out how to move forward.”

The “Everywhere” singer’s announcement surprised many fans as she recently shared multiple complimentary social media posts about Carney, 42, whom she wed in 2019.

“Park Life ❤️,” she captioned a June 30 snap of the Black Keys drummer and their 6-month-old daughter, Willie.

Earlier that month, Branch sang Carney’s praises while celebrating Father’s Day. “This guy makes our world go around and we love him so ❤️,” she wrote alongside a photo of her now-estranged spouse with their 3-year-old son, Rhys. “I’m sorry you didn’t get to golf yesterday, Patrick! #FathersDay 🏆.”

The Arizona native also gushed over her former flame in May, sharing a PDA-filled picture of the duo out at the Troubadour in Los Angeles. “She fell in love with the drummer 🤩,” she captioned the black-and-white kissing photo on May 12. 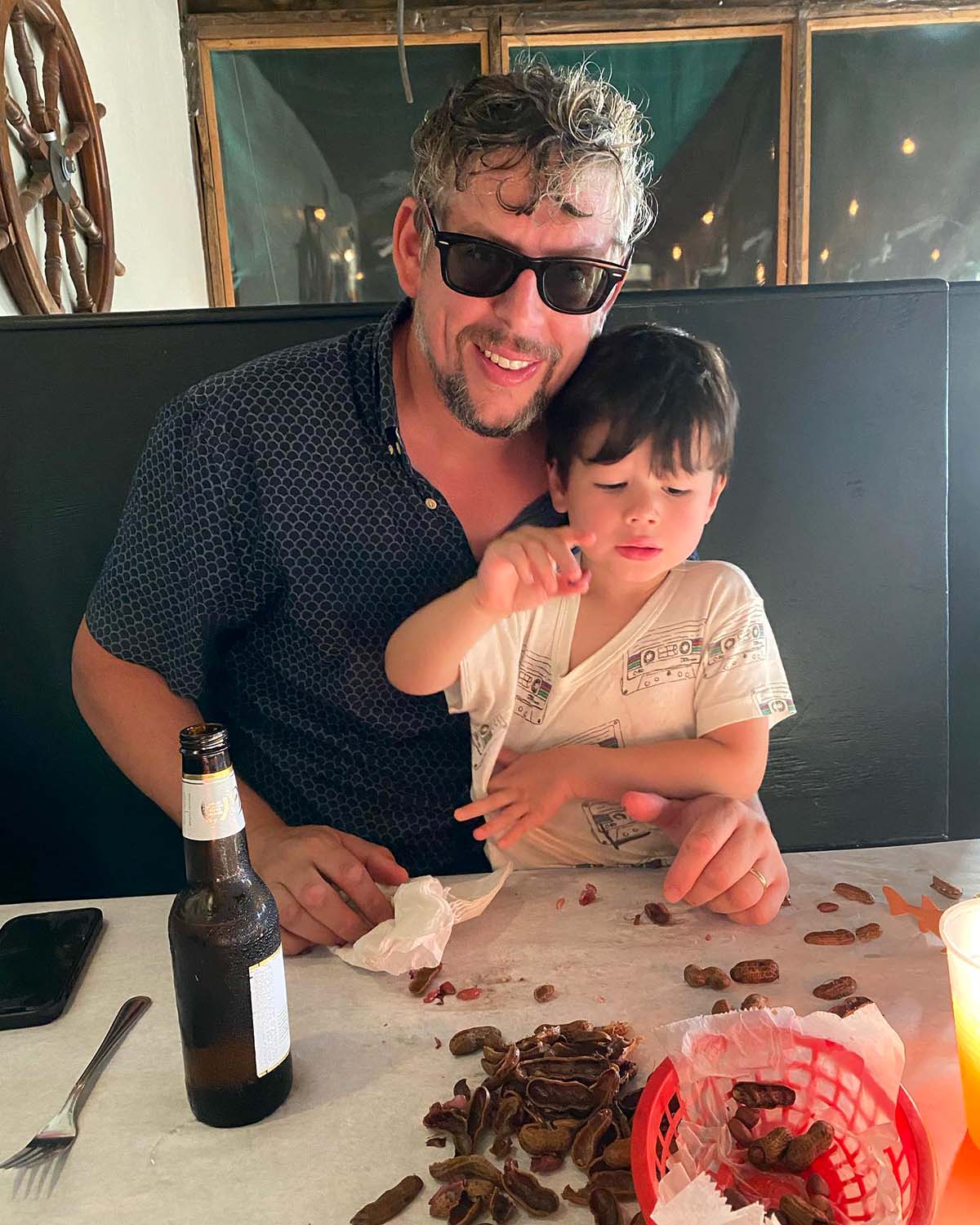 Branch showed just how much she adored Carney one month prior as he celebrated his birthday. “Happy birthday, @officerpatrickcarney 🎂❤️,” she wrote alongside a screenshot of her man’s music popping up on her phone. “Even Spotify knows you’re my main top moody mix.”

Carney, for his part, gave his fans an update on the pair’s life at home in February after their daughter was born.

“The stork came February 2 at 7:12 am and dropped off a baby girl for @michellebranch and I,” he wrote via Instagram that month, sharing a snap of their newest addition. “Willie Jacquet Carney 7 pounds 5 ounces and 18 FEET HEIGHT. She’s named after my Grandmother Willie Madge Slate and Michelle’s mothers maiden name, Jacquet.”

Branch also shared the happy news with her followers at the time, captioning the same photo, “Welcome to the world, sweet Willie girl ❤️. … We’re so in love 🥰.”

The “Leave the Pieces” songstress met Carney in 2015 while they were working on her Hopeless Romantic album. Two years later, the Ohio native proposed on Branch’s birthday.

The duo welcomed their first child together in August 2018, son Rhys, before Willie’s arrival earlier this year. The “Are You Happy Now?” artist shares also daughter Owen, 17, with ex-husband Teddy Landau, whom she was married to from 2004 to 2015.

Celebrity Couples and How They First Met: Love Story Beginnings

Branch and Carney exchanged vows in Louisiana less than one year after bringing Rhys into the world. “What a dream ✨ thank you to all of our incredible friends and family for helping us celebrate,” the bride captioned an Instagram photo from the April 2019 ceremony. “We were told we drank an unprecedented 19 liters of tequila last night. Feeling the love❤️❤️.”

Before romancing Branch, Carney had tied the knot twice. He split from Denise Grollmus in 2009 after two years of marriage. He moved on with Emily Ward, whom he was married to from 2012 to 2016.