It hasn’t even been a month since it was lovingly put to rest, but one of Australia’s most iconic soap operas, Neighbours, is already clawing its way out of the grave.

Everyone’s favourite residents of Ramsay Street will reunite in Melbourne next year for a live farewell show, held at Melbourne’s Hamer Hall in April. Although the full cast is yet to be announced, it’s expected that some of the soap’s most beloved characters will reunite to reflect on the good, the bad and the ugly from three and a half decades of filming. 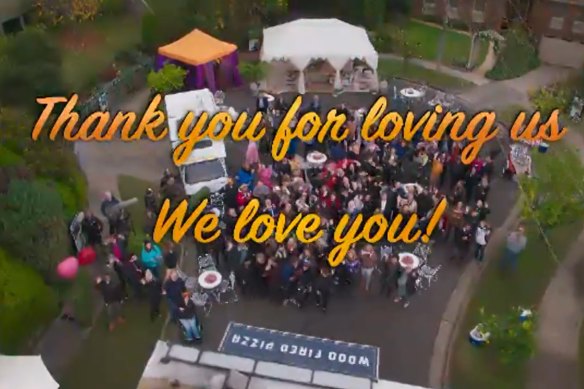 Neighbours farewells the audience in their three-part finale episode.Credit:Channel 10

Complete with Q&A sessions and meet-and-greet opportunities, the live event will offer fans the chance to gain proper closure after the show’s finale following 37 years on air. That is until the next reunion tour is announced… Followed by a reboot… Maybe even a musical rendition thereafter.

Perhaps Pepper Steiger (played by Nicky Whelan) will take a dive into the soap’s first on-camera queer kiss, or Stefan Dennis – who played Paul Robinson, the show’s longest-serving character – will share what it was like playing Erinsborough’s favourite playboy villain. And of course, fans will undoubtedly hope to see the iconic (and co-dependent) love-match Scott and Charlene (played by none other than Jason Donovan and Kylie Minogue) recount their experience of perhaps the biggest wedding bash to ever hit Australian soil.

Who knows? At this rate Bouncer the dog may even make an appearance to reveal whether he ever did end up with his pup crush, Rosie the border collie. 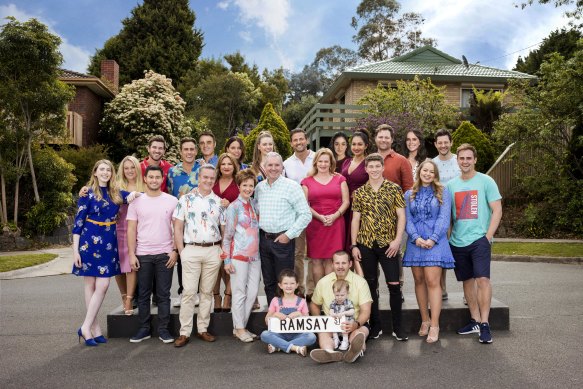 Not letting go just yet… some of the cast of Neighbours will be touring the UK and Australia in 2023.Credit:Channel 10

The event will follow a 15-day multi-city UK tour, set to take place in March 2023. Withdrawal has clearly started kicking in for fans around the globe, with tickets to the various farewell tours serving as the only way to alleviate the grief. Many of the UK shows sold out within days of the announcement, begging the question of how popular the Melbourne version will be given its homecoming. Perhaps Hamer Hall will need an extension?

“We’ve seen an incredible response to Neighbours: The Farewell Tour here in the UK,” said Maple Tree Entertainment’s Dean Elliott, producer of both the UK and Melbourne shows.

“We are delighted to announce Neighbours: The Farewell Show will take place in Melbourne, the home of Neighbours, next year to honour the TV show’s rich and lengthy history with this special event. We can’t wait to put on a show that the fans will love and deserve.”

Created by Australian producer Reg Watson, Neighbours came to an end in July in a star-studded episode, complete with throwbacks and tears.

But just as everyone miraculously decided to stay in town at the end of the finale – choosing “love” over actual accomplishments abroad – the show can’t seem to let itself go. The farewell event propels the soap back into the mainstream, just as talk of its finale began to peter out.

Some may plead, ‘Let the dead rest’, while others laud the speedy return of the longest-running drama series in Australian television history – a show that catapulted the likes of Margot Robbie, Guy Pearce and Liam Hemsworth to global fame, and put Aussie TV on the map.

Tickets for Neighbours: The Farewell Show will be going on pre-sale on Monday, August 29, at midday AEST, and general sale Tuesday, September 6, at midday AEST. Tickets will be available to purchase from Arts Centre Melbourne and Ticketek.