Two sets of recommendations to overhaul the Reserve Bank may be handed to the federal government by the panel overseeing its first independent review in 40 years, with one member saying bipartisan support was important to safeguard any changes.

Speaking publicly for the first time since the review began, panel members said on Thursday a “high bar” would need to be met to change the bank’s remit, which could include moving the power to set interest rates to a separate, specialist committee. 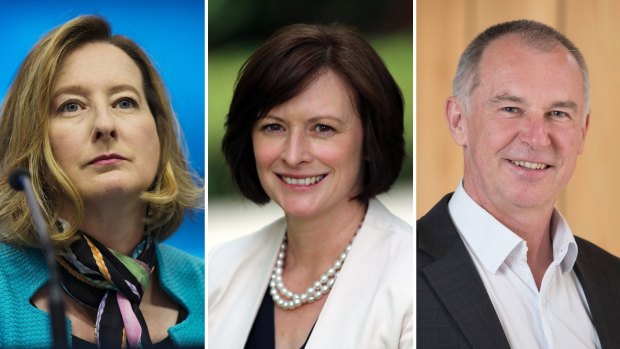 But panel members made clear there was a mood for change among the more than 110 public submissions they had so far received.

The review followed an investigation by this masthead that showed concerns about how the bank was operating monetary policy ahead of the COVID-19 pandemic. Both sides of politics went to this year’s election promising a review.

It is being led by a three-member panel that includes international monetary policy expert Carolyn Wilkins, who sits on the Bank of England’s financial policy committee; the interim director of the Crawford School at the Australian National University, Renee Fry-McKibbin; and the secretary for public sector reform Gordon de Brouwer.

Speaking to a Committee for Economic Development of Australia event in Sydney, Fry-McKibbin said a range of proposals had been put forward.

She said different recommendations, depending on the willingness of the government and opposition to change the RBA’s operating act, might have to be considered.

“Most people are giving us feedback that you’d have to be really sure and have a really high bar to actually do that.”

The bank’s 1959 act includes its charter that commits the RBA to stability of the currency, full employment and the “economic welfare and prosperity” of all Australians.

The RBA’s 2-3 per cent inflation target is contained within a separate statement between the bank governor and the treasurer. Most submissions said the 2-3 per cent target was working well.

But an option raised in some submissions is for a separate RBA board of monetary policy experts that would set interest rates. The existing board would oversee the RBA’s governance.

Such a move would bring the Reserve into line with many other central banks.

According to de Brouwer, bipartisanship was needed to safeguard any changes.

“If you want to lock in enduring change then bipartisanship does matter,” he said.

The panel revealed there were issues within the community about how the bank communicated. This has come to the fore since RBA governor Philip Lowe suggested as late as November last year that interest rates were likely to stay unchanged until 2024.

The bank started lifting rates in May and has since taken the cash rate to 2.85 per cent from 0.1 per cent, with another increase expected in December.

Fry-McKibbin said issues around communication were coming from the public and financial players.

“I think the overarching message that we’re getting through all of these factors is about communication, and the bank really needing to hone their communication, the way they communicate to people like [the] people in this room and also to everyday Australians who are making decisions based on what the bank does,” she said.

Wilkins said issues had been raised in the review’s submissions about the interaction between the bank and the Australian Prudential Regulation Authority, which has responsibility for lending standards.

There was also discussion about the make-up of the board, which is currently drawn from the business community and appointed by the treasurer of the day.

Treasurer Jim Chalmers said it was good to see the public engaging with the review, adding this would ensure the bank and monetary policy arrangements were strong in future.

He said the government wanted the review to be as bipartisan as possible.

“That’s why I’ve ensured the opposition has been kept up-to-date on its progress,” he said.