My baby is a mini Wednesday! I dress my daughter in Victorian clothing, decorated her nursery black and she even shares a NAME with the school in the Netflix show

A mother has revealed how she is raising her baby as a ‘goth’, choosing to decorate her nursery black and dress her in Victorian clothing – with fans calling the little girl is a ‘miniature Wednesday Addams’.

Reby Hardy, 36, living in North Carolina, US, said she was inspired to make her daughter Ever More, one, a ‘gothic baby’ after purchasing a Victorian cot on Facebook Marketplace.

After having three boys – Maxel, seven, Wolfgang, five, and Bartholomew, three – with husband, Matt Hardy, 48, a wrestler, Reby, a content creator, claims she was ‘petrified’ about having a girl.

And in an unusual coincidence, even her daughter’s name is a subtle nod to the Netflix show – with the school in the programme also called Ever More. 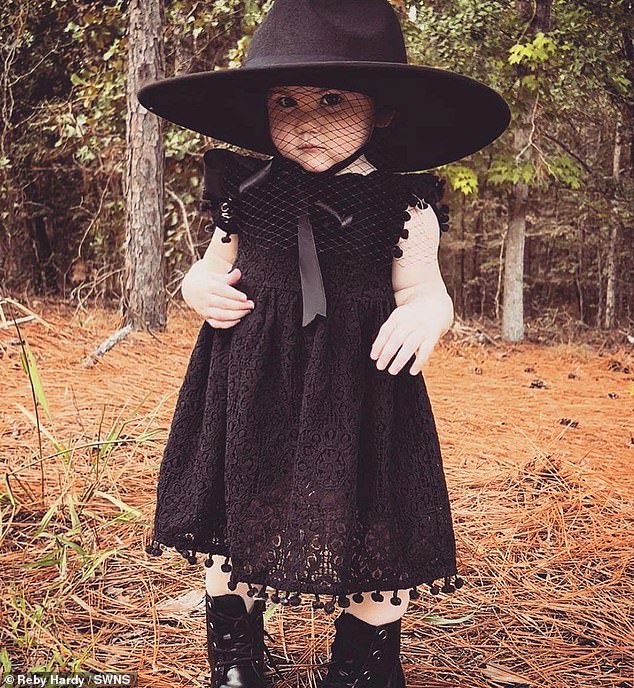 Reby Hardy, 36, living in North Carolina, US, said she wanted to make her daughter Ever More, one, a ‘gothic baby’

Reby felt ‘overwhelmed’ when she found out she was having a daughter after only having had boys.

Reby gave birth to Ever More outside in her pool house during a thunderstorm on July 11 2021 with the baby weighing 6lbs.

She soon overcame her fears and embraced having a daughter. 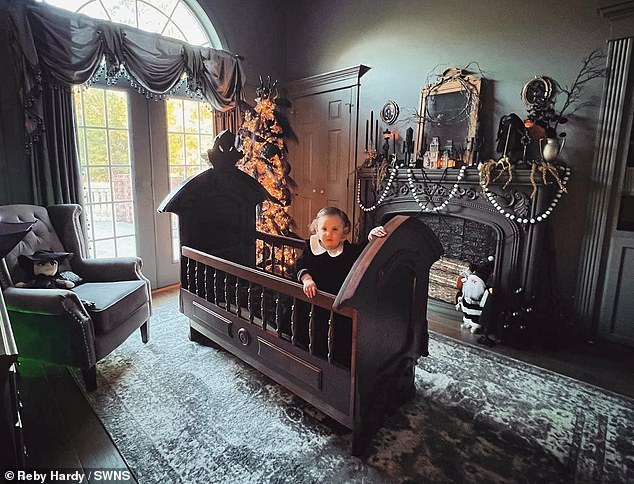 Reby purchased a Victorian cot on Facebook Marketplace for $375 which inspired the theme (pictured, the nursery) 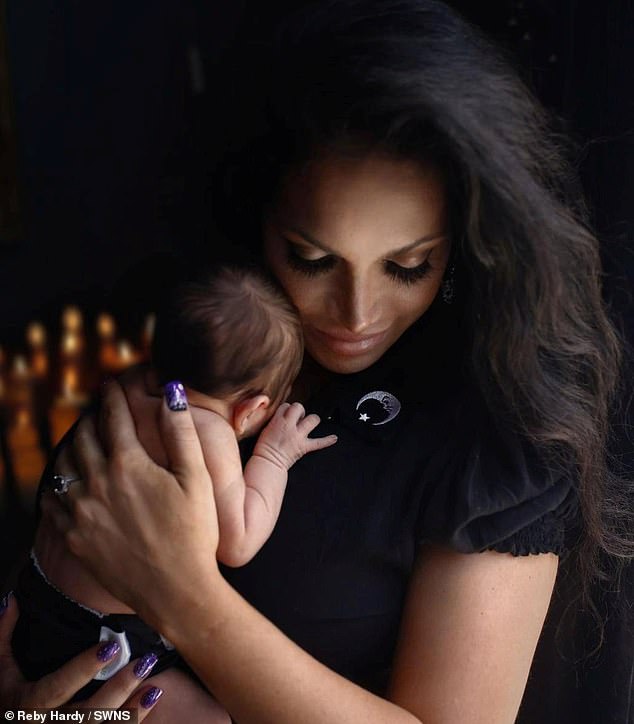 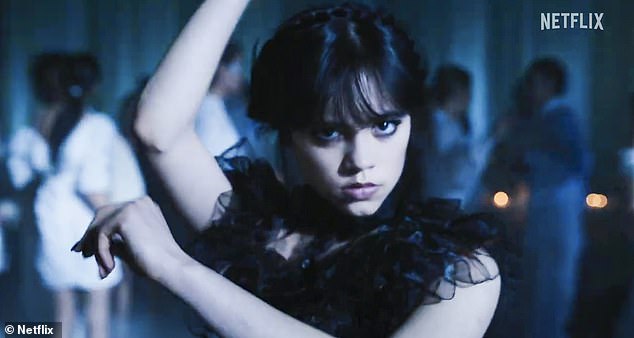 The family has been described as a modern day Addams family and fans have said baby Ever More is a miniature Wednesday (Pictured: Netflix series Wednesday)

‘Because she was a summer baby, I thought let’s do it outside in the wild.

‘She was born outdoors during a thunderstorm. Every time I had a contraction, it would thunder.

‘It was the most crazy, primal experience. It even stopped raining when she arrived.

‘It was very on brand for a gothic baby.’

Reby said they are described as the ‘modern day Addams family’ but she embraces the comparison. 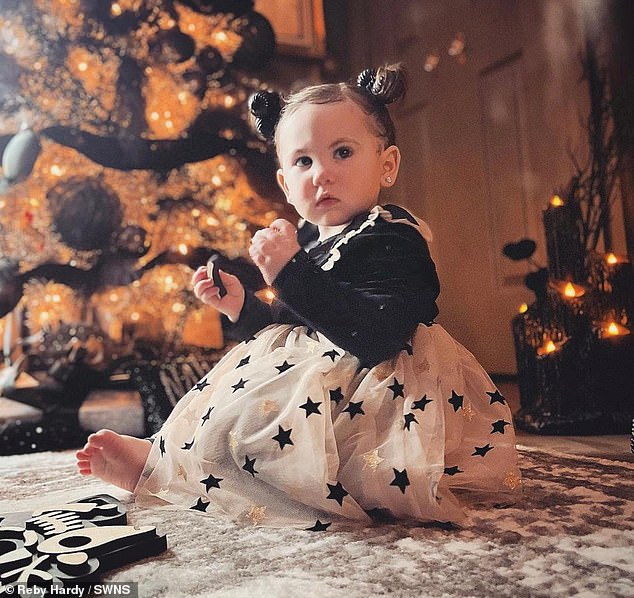 Mother Reby wanted to give her baby a gothic name, saying that More is an Edgar Allen Poe reference

Now Ever More’s room, the living room and hallway in the family’s home are all a gothic-luxe aesthetic with ornate furniture and antiques, natural wood and darker tones.

Reby said: ‘People have a misconception that I designed everything around the new Wednesday programme on Netflix but her room and name were set years before they began production.

‘There are definitely style elements inspired by the Addams family – people say Ever More is a miniature Wednesday Addams.

‘There are nods to it in her nursery décor – like the original Addams family mansion replica on her mantel and a picture of her brother dressed up as baby Pubert.’

‘When I got pregnant, she was my first girl after three boys. 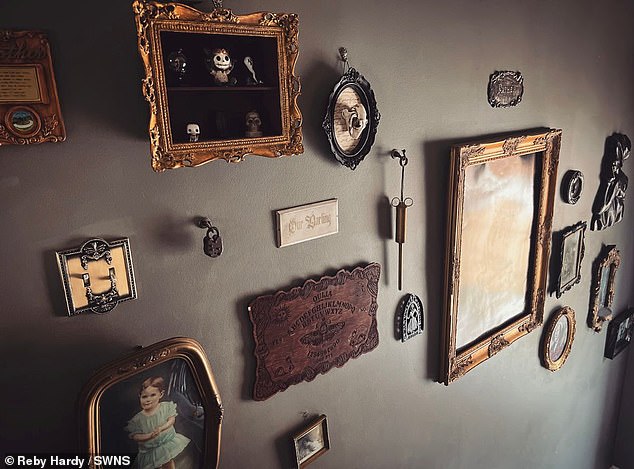 Ever More’s room, the living room and hallway in the family’s home are all a gothic-luxe aesthetic with ornate furniture and antiques, natural wood and darker tones 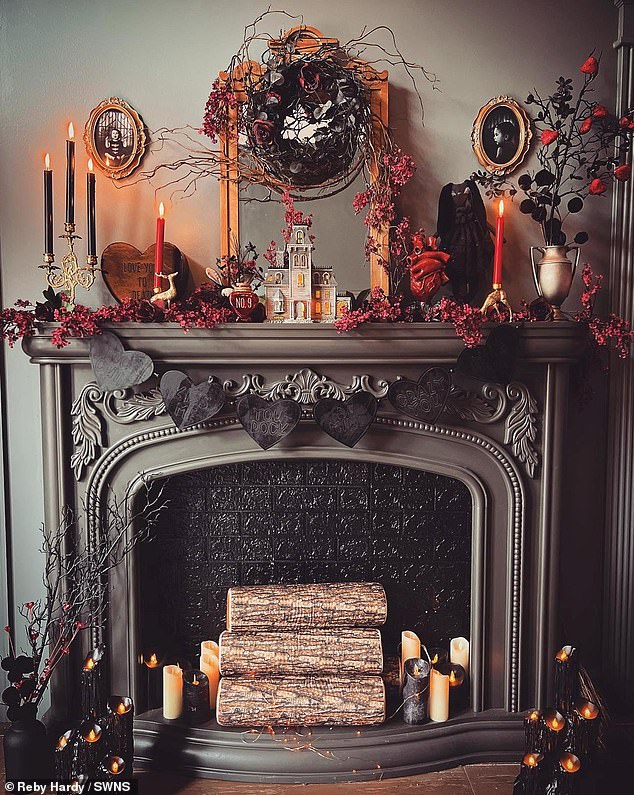 After growing up in a Baroque-style house with antiques in New York, Reby was happy to take a unique approach when decorating her home

‘I could have gone all pink and extreme, but I wanted something more different and unique.

‘The rest of the house is in a Neo-Victorian style and is really rich and opulent, and it all started with an antique 1864 crib from Facebook Marketplace.’

The cot cost $375, but the family paid a carpenter to ensure it matched modern day safety standards.

The expecting mother then carried on the gothic theme and wanted to give her daughter a gothic name to match.

Reby said: ‘I suppose her name is gothic. Our name for a girl was always Ever but the More part is an Edgar Allen Poe reference. 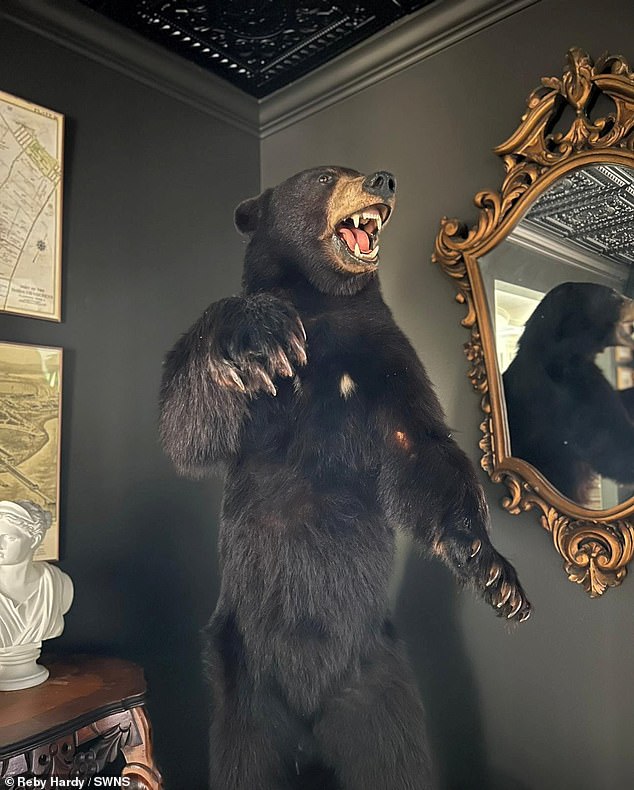 Reby described the house, which includes a stuffed bear, as Neo-Victorian in style and rich and opulent

‘My husband’s mother died when he was really young and her name was Ruby More, so we wanted to use her maiden name.’

The parents debated many other names for her three children such as Excalibur, Sterling, Fox, Marquise, October, Quest, Linc, Aurelio and Mars.

Reby grew up in Queens, New York, where ‘going against the status-quo is expected and originality is embraced’.

She said: ‘I grew up in Queens and I never thought twice about being different. I grew up in a gothic house with a lot of antiques.

‘It was a Baroque style – there was a lot of carved wood.

‘When I got pregnant for the first time, we started adding to the house and I did it with a kid’s mindset.

‘One room is Minecraft themed, and another is a pink Barbie closet.

‘The playroom has a secret revolving door with a fireman’s pole into the movie theatre.’ 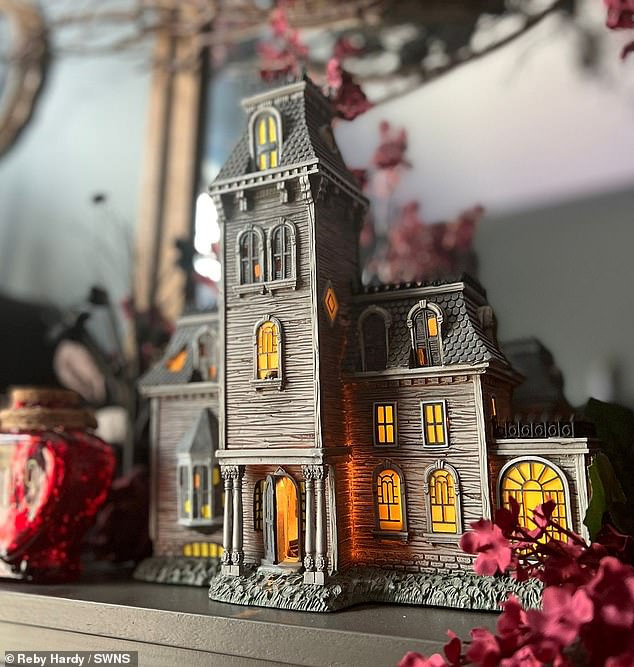 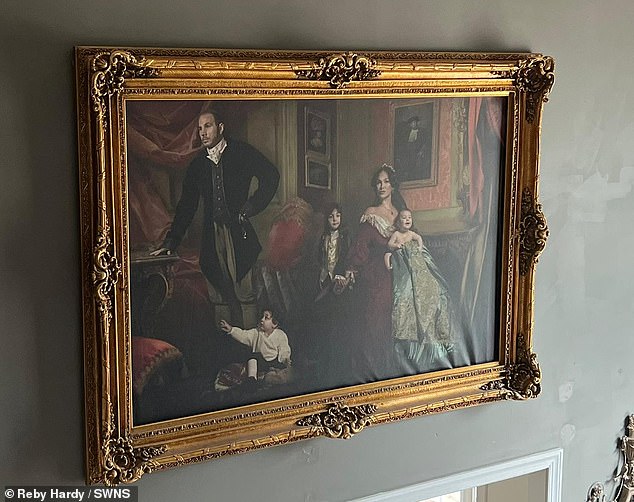 Reby dresses her daughter in a traditional Victorian style – with the tot wearing lots of lace and ruffles.

She added: ‘It’s super girlie but not in a Barbie pink kind of way.

‘The kids all have their own unique looks and aesthetics. People say we’re the modern day Addams family.

‘My eldest, Maxel, has hair down to his waist and Wolfgang loves bright colors – he always dyes his hair blue and burgundy.

‘We’re a different family and we home-school the kids and teach them to never judge someone on what they look like.

‘We want them to live how they want and go against societal gender roles.’