Motherland sends up Government's handling of Covid in new series

Motherland viewers ask ‘how is it even possible?’ that Anna Maxwell Martin can switch from Line of Duty’s icy DCS Carmichael to stressed-out mum Julia in new series of BBC comedy

The new series of Motherland left viewers struggling to comprehend how lead actress Anna Maxwell Martin could star as both Line of Duty’s scheming DCS Patricia Carmicheal and the comedy’s frazzled middle-class mother, Julia – because they’re so different.

The first episode of the third series of Sharon Horgan’s BBC2 show sees Julia unravel as she sparks a nit outbreak at her children’s primary school – and is forced to live under Covid-esque restrictions.

Viewers tuning in struggled to compute that Maxwell Martin, 44, could go from playing icy DCS Carmicheal in the Line of Duty finale to the hysterical Julia.

Last night’s installment saw the London mum screaming into a towel at the thought of her elderly mother residing permanently in her family home. 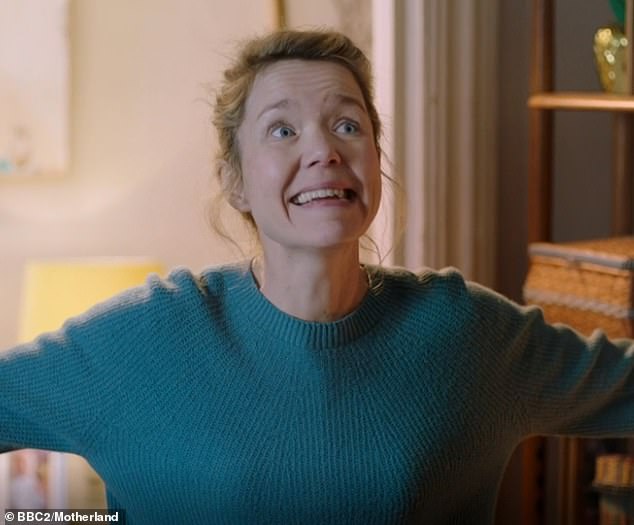 Digging deep: Anna Maxwell Martin return to screens as on-the-edge middle-class mum Julia – a far cry from her most recent telly outing in Line of Duty 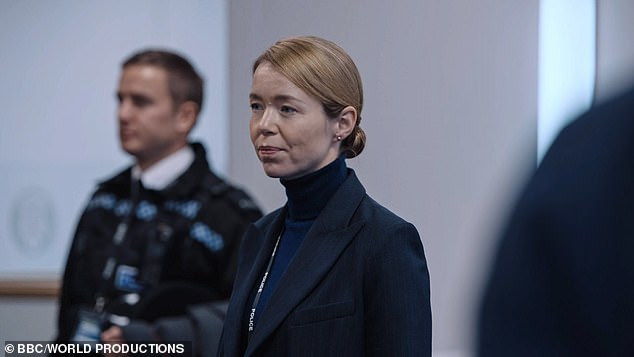 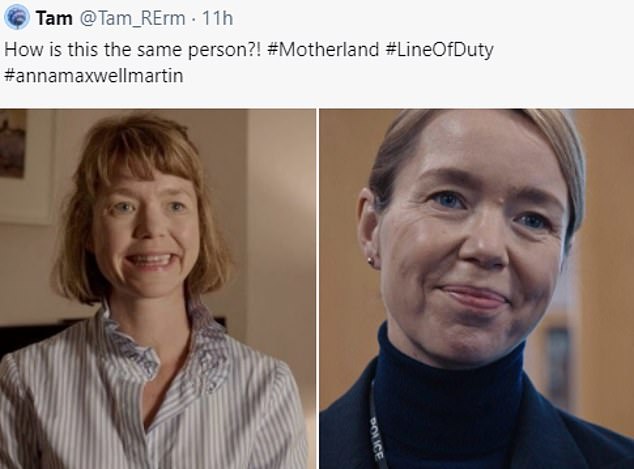 On Twitter, the actress’ name trended with many marvelling at how she portrays such different characters so well.

@GMcK2012 wrote: ‘Does anyone on TV play 2 such completely opposite characters as Anna Maxwell Martin in Motherland and Line Of Duty? She’s brilliant in both.’

@joeharperrr agreed, writing: ‘I love Anna Maxwell Martin, she is great. Funny as hell as Julia here and horrid as hell as DCS Patricia Carmichael in Line of Duty.’

@flyingpheasant wrote: ‘It’s a bit weird seeing Anna Maxwell Martin in a sitcom after her portrayal of Carmichael #LineOfDuty #Motherland.’

@Sianie_L penned: ‘I bloody love Anna Maxwell Martin. Her Julia Motherland and Carmichael Line of Duty are on completely opposite ends of each other.’

The star was among the major suspects to be ‘H’ in the finale of Line Of Duty and Maxwell Martin recently revealed that people are surprised to learn that she’s a ‘nice’ person in real life after playing the hated role. 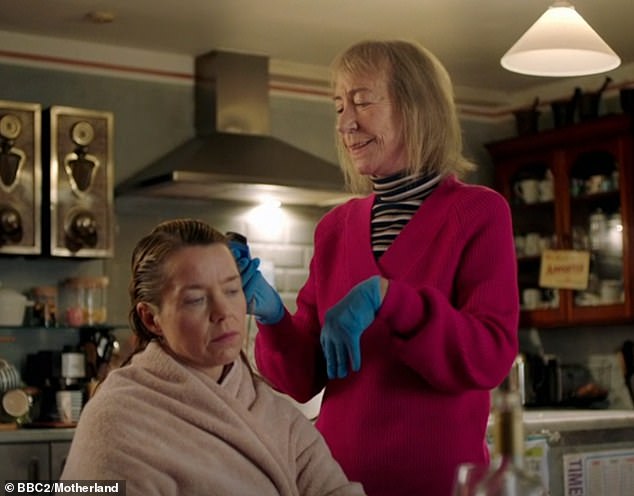 A proper nit show: Julia has a mini breakdown at the prospect of her ailing mother moving in permamently 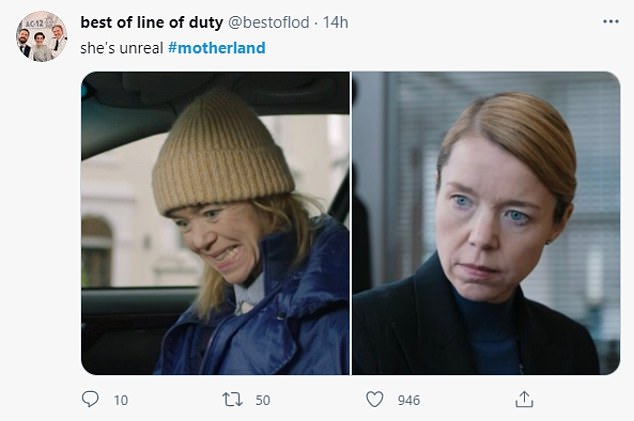 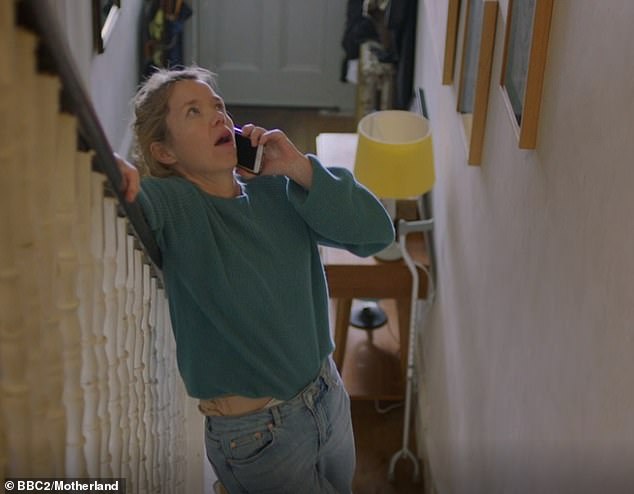 Last night, Julia was seen screaming into a towel at the thought of her elderly mother residing permanently in her family home 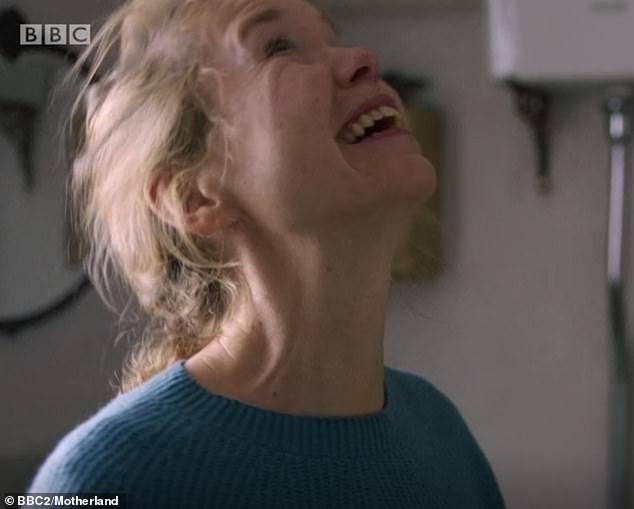 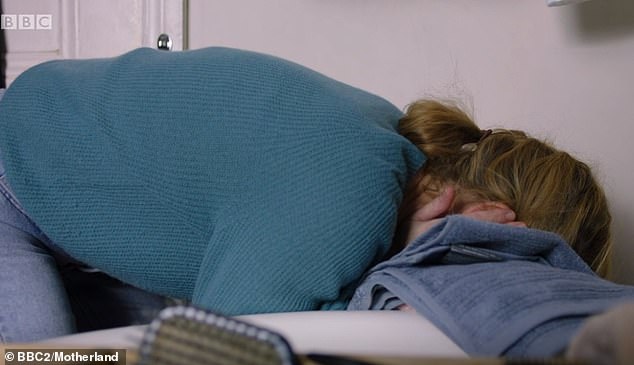 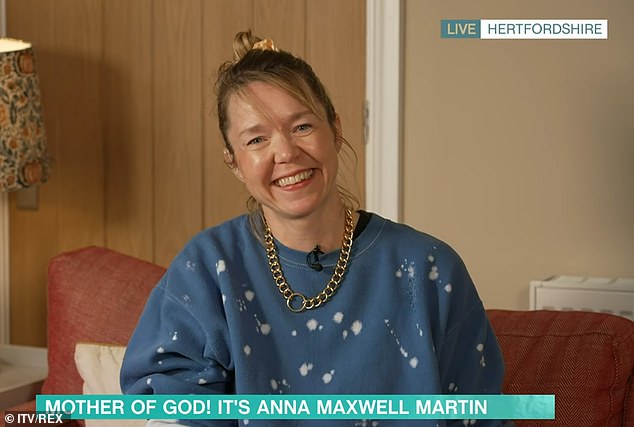 On This Morning recently: Anna told hosts Holly Willoughby and Philip Schofield  people were surprised she’s a nice person after watching her in Line of Duty 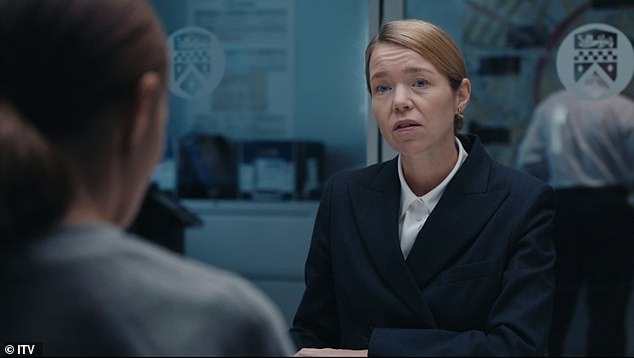 Admitting that she was surprised at how vindictive her character turned out to be, she explained: ‘There were a couple of bits [in the script] where she was nasty and I just went for it. And then she morphed into a horror show.

She insisted that her role is no reflection on her actual personality, saying people are surprised at how nice she is in real life compared to her character.

Motherland Writer Sharon Horgan’s latest creation took fire at the Government’s handling of the pandemic – but replaced Covid with an outbreak of nits.

Viewers on social media said they ‘could relate’ as the comedy’s key characters were forced into a bubble of isolation after central character Julia refused to use nit shampoo on her two children.

Mary J. Blige was sent to etiquette school early in her career