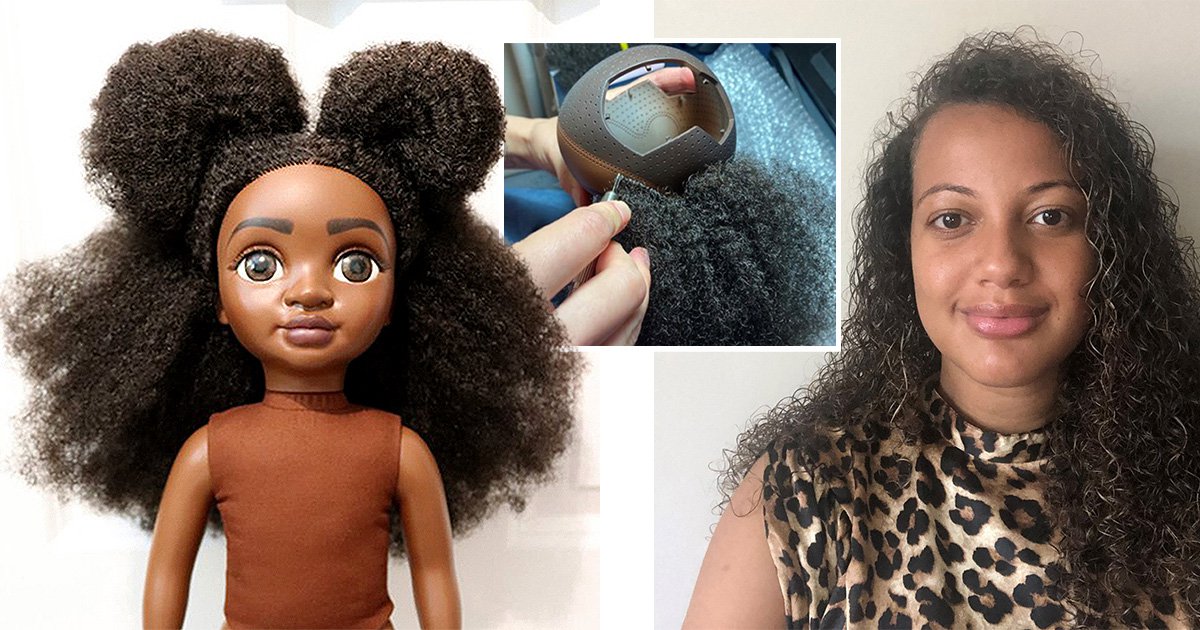 When a mother heard her daughter complain about the lack of toys that look like her, she knew she had to take action.

Olivia Thompson, 32, from Leeds, created doll company Akila Dolls in 2020 because her daughter Amira, 10, who is mixed-race and has ADHD and autism, wanted toys that looked like her.

The brand makes diverse and disability baby dolls to help people feel represented by their toys – something studies show parents want to see more of.

While on a shopping trip in November 2019, Ms Thompson said her daughter got upset that all the dolls seemed to look alike, and nothing like her – this sparked the idea for Akila Dolls.

The first prototype was a doll called Bessie, which was based on the first female aviation pilot, Bessie Coleman.

Olivia said: ‘I want my dolls to be educational.

‘So, the concept is that every doll will be named after a figure in history and I tried to choose people in history that we don’t tend to learn about within school.

‘[Bessie] was the first black female aviation pilot and she had to go to France to learn to become a pilot because she couldn’t do it in America because was a woman and she was black.

‘She also had to learn to speak French and I think it is such an important story to tell young people, especially girls, and show them this fantastic figure who had to overcome so many hurdles to achieve her dream and she did it.’

Olivia gets her daughter involved in the process, witnessing how the dolls ‘come to life’ by starting off as a drawing and then becoming a 3D illustration.

‘It’s nice to see her little ideas come to life and she’s always telling me: “Mummy, we should do this”, and it’s lovely that at her young age, she’s got this passion and drive and wants to be so involved’, she said.

‘And it’s nice for her to have something that represents her culture and what she looks like her.’

Representation in the media is something that Olivia said is ‘massively important’ for children.

‘When I grew up in the 1980s, I was a mixed-race child – my mum was Black Caribbean, my dad was white British – and I grew up watching TV shows, playing with toys and reading books where I didn’t see anyone that represented me or my mixed-race family.

‘I started to think, is there something wrong with my home environment? So, for young people, it is important for them to see themselves in a positive light.’

As Black History Month draws to a close, Olivia said that one of the biggest takeaways should be that ‘we should not discuss race solely across one month’.

‘We need to educate ourselves and be open and ask questions, and the black community should celebrate what we have done for this country and be proud of that.’

October marks Black History Month, which reflects on the achievements, cultures and contributions of Black people in the UK and across the globe, as well as educating others about the diverse history of those from African and Caribbean descent.

For more information about the events and celebrations that are taking place this year, visit the official Black History Month website.