ONE mum has managed to bag a grocery shop worth £93 for only a tenner.

Bargain grocery mystery boxes are a way to buy cheap food items, but they can sometimes be worth a lot more inside – in this case nine times as much. 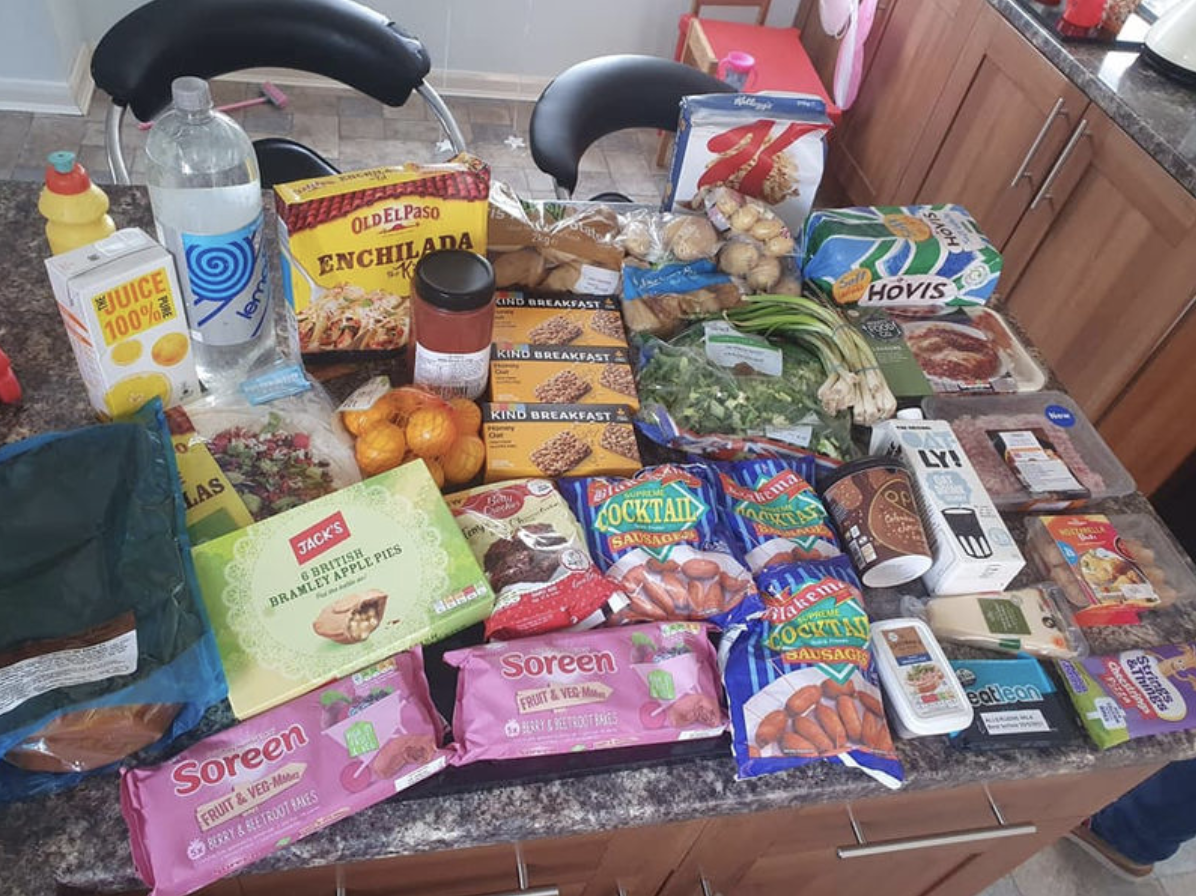 Sarah Whitfield is a mum of four and spent £10 at The Bridge Hub on one of these mystery boxes.

The 31 year old emergency services worker from Warrington shared her £83.70 saving with the LatestDeals.co.uk community.

She used the Too Good To Go app to book the mystery box collection and said: "It’s really good for bargains and discounts."

Deals change throughout the day on the app so you have to check it constantly to find a bargain, but signing up lets you know where retailers are selling cheap food for you to go and pick up.

It works by letting you know which local cafes, restaurants, shops and supermarkets are set to throw away unsold food each day, when you set up your location.

Listings usually show how much food costs and how many items are left and where you need to pick it up as well as these mystery box items you can collect too.

The items you get are always different as it depends on what hasn't sold so there is no guarantee that you will like what you get either.

But some big name brands are on board like Costa, Greggs or Morrisons so if it's a store you like you might find yourself more lucky.

How does Too Good To Go work?

TOO Good To Go can be downloaded for free on Google Play or the App Store.

The idea is to fight food waste, so you're paying for food that is either close to its sell-by date, or that the retailer couldn't sell.

You don't get to choose what's in your food box, so each time it is a complete mystery in terms of the contents.

Shoppers can search for restaurants or supermarkets on a map system in the app, so you can work out what's near by.

Once you've found somewhere tasty, order your box and then pick it up later at the allotted time – but once they're gone they're gone.

The Whitfield family bought 36 items in the mystery box which made each item worth around 27p.

The family lucked out with the find as in the box was something for everyone, and the savings were mega, you don't know what will come when you place an order though, so sometimes there's no savings to be made.

Sarah said: "I try to pick up these boxes twice a month as they really help to feed my family on a budget.

"You never know what you are going to get, and that’s what makes it exciting.

"We usually find that at least most of the groceries are suitable for us to use over the course of the week."

The box the family received contained a selection of vegetables, bread and cakes, cheeses and even venison bolognese, with all the items usually adding up to £93.70 in total.

Just the veggies alone made up £2.16 for a haul which would have usually cost £7 to buy at the supermarket, and instead the family could save over £5.

The enchilada kit made for a quick meal one day as did the pasta and mince meat, while the brownie mix was also enjoyed by the kids.

Sarah said: "We are a family of six so it all goes quite quickly.

"Anything we don't use straight away gets frozen or anything we won't eat gets given to family and friends."

Tom Church, Co-Founder of LatestDeals said to the community: "Hopefully stories like this one will help to raise awareness of how you can both pick up bargains and save food from being thrown away."

Meanwhile another shopper managed to bag a huge food haul including six packets of cheese for just £3 from Morrisons using the app.

Another revealed how they nabbed 13 doughnuts and two baguettes for just £2.59 by the same means.