My 2022 pop culture resolutions (please hold me to account)

As the clock winds down on another topsy-turvy year, and we begin to wonder what fresh horrors (read: variants) await us in 2022, the least we can do is lie to ourselves. Listing new year’s resolutions allow us to feel in control while projecting an image of the person we’d like to be in the future: a vegetarian gym enthusiast who is fluent in Spanish. This year, instead of aiming high, I’ve decided to make my promises realistic: a list of achievable pop culture resolutions.

In much the same way Australians tend to flock overseas for a holiday before exploring our own backyard, I am guilty of not paying enough attention to the quality television made locally. While we’re still technically in 2021, I’m getting started early by bingeing the second season of Bump (Stan*) and I’m also three episodes deep on Love Me (Binge). Having been obsessed with the Melissa Caddick mystery, I will be making an appointment with Underbelly: Vanishing Act on Channel Nine next year. I’m also a 13 Reasons Why fan, so I will be curious to see Katherine Langford in ABC’s new crime drama Savage River. 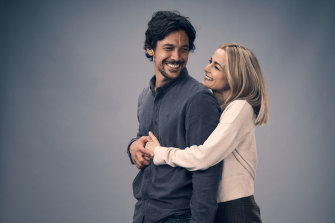 I will join (and promptly leave) TikTok

Nothing makes you feel more out of touch than accepting an entire social media platform has passed you by. The explosion of TikTok is how I imagine our parents felt when everyone migrated from Facebook to Instagram. But now that TikTok is attracting a million monthly local users, my FOMO (fear of missing out) has well and truly kicked in. In 2022, I am determined to see what all the fuss is about, post a video of me dancing, and then take it down an hour later and delete my account.

I will see every Marvel movie at the cinemas in 2022

Keeping up with the Marvel Cinematic Universe is basically a full-time job, but it’s one I’m prepared to commit to in 2022. The Spider-Man spin-off Morbius starring Jared Leto is due in late January, and that kicks off a production line of films from Marvel. The plan is (COVID-permitting) to see each of the movies at the cinema, the way they were intended. Most excited for: Thor: Love and Thunder. Least excited for: Spider-Man: Across The Spider-Verse. 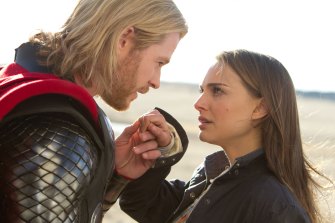 We’re all guilty of keeping a running list of films, books or TV series we’ve been meaning to get around to. Everyone insists that you’ll love [insert movie], but whenever you sit down to watch it, you’re just not in the mood. In 2022, I will finally force myself to get in the mood to watch The Revenant (streaming on Netflix). I will also (begrudgingly) attempt to binge Game of Thrones. Not having watched the HBO drama has become a strange source of pride, but the time has come for me to join the masses. Once I’m done with that, I will turn my attention to reading War and Peace by Leo Tolstoy, a book I often lie about having finished.

I will give Robert Pattinson the benefit of the Bat

The Batman will undoubtedly be one of the biggest film releases of 2022, and as an avid fan of the caped crusader, I am nervous about Robert Pattinson stepping into Christian Bale’s sizeable shoes. That being said, The Batman has plenty going for it (Peter Sarsgaard? Tick. Zoe Kravitz? Tick.), and the new trailer didn’t disappoint either. 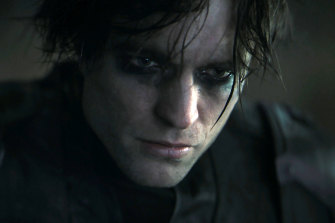 Robert Pattinson as Batman in The Batman. Credit:Warner Bros

I will try and enjoy Eurovision

While last year’s performance-enhancing drugs controversy did tickle my fancy (the lead singer of Italy’s Eurovision 2021 winning act Måneskinn was accused of taking cocaine during the voting segment), I’ve often found that Eurovision, like many of its competitors, is all style no substance. 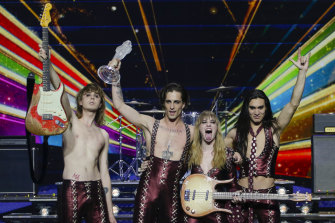 After winning the Eurovision trophy, Maneskin are looking to leverage off their newfound fame.Credit:AP

This year I am determined to embrace the madness of Eurovision, from the tacky costumes to the dramatic stage production. Perhaps the key to enjoying Eurovision lies in blind patriotism? Australia will return to the competition in 2022, and SBS (home of Eurovision) will be screening Australia Decides in February to select the artist and song representing Australia in Turin.

I will not repeat watch a single TV series

Around the world, nostalgia viewing has been a knee-jerk response to the pandemic, audiences seeking out familiar shows because everything else is so uncertain. As much as I love a comfort watch, in 2022, I am committing to saying sayonara to Seinfeld (and The Office, Friends, Frasier) in favour of seeking out fresh and exciting new series (see: resolution number one).

I will make my triumphant return to the festival circuit

A few summers have passed since I last shredded for Stereo, but beneath the surface beats the heart (180 bpm) of a true festival fiend. As I slide into my mid-30s, the window for acceptable festival attendance is growing smaller (some may argue it has slammed shut), but in 2022 it’s time to make my return. While Field Day, which takes place on New Year’s Day, might be a little optimistic, Splendour In The Grass seems achievable. The much-delayed event is taking place in July in Byron Bay, with The Strokes and Gorillaz headlining the festival.

*Stan is the owner of this masthead.