My lightbulb moment: Supplement guru reveals the inspiration behind her business

Lucy Goff, 47, launched Lyma, billed as the world’s first super-supplement, in 2018. She lives in London with her husband Simon, a technology innovator, daughter, eight and stepson, 14.

For me 2012 was the year from hell. I spent six weeks in hospital battling septicaemia following the birth of my daughter — I had an emergency C-section after being diagnosed with pre-eclampsia.

I nearly died and emerged feeling terrible. Over the next few months I saw top Harley Street doctors. Each told me I had toxins in my body and prescribed a different course of treatment, which resulted in a kitchen full of tonics and supplements. I was spending a fortune but none had any effect. I was still bedridden and couldn’t cook a meal. 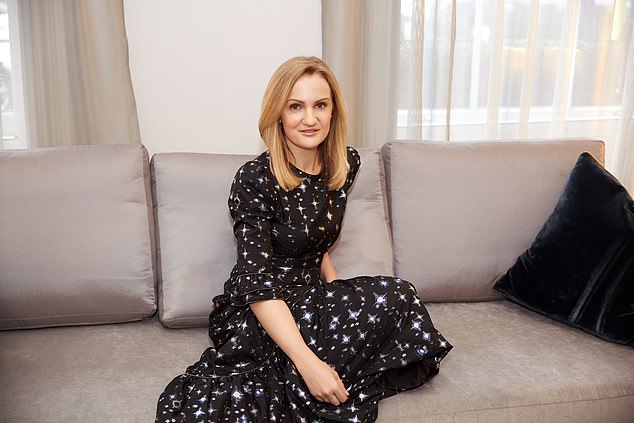 Lucy Goff (pictured), 47, launched Lyma, billed as the world’s first super-supplement, in 2018. She lives in London with her husband Simon, a technology innovator, daughter, eight and stepson, 14

I limped on and in 2014, a friend took me to Geneva to convalesce. By chance I met Dr Paul Clayton, an Oxford professor and world authority in nutritional science.

I told him my story and he explained that many of the supplements sold today deliver no provable benefits. Worse still, many of the doses are too high. The bioavailable curcumin supplement I was taking was wrecking my stomach lining. He prescribed me a new regime using eight patented ingredients, each dosed at exact levels. Within a month, I was back at work, full of energy. It was life-changing.

I asked him: ‘How can I get more of these ingredients?’ And he said: ‘You can’t. I did you a special formula, but this level of ingredient is not available to the consumer.’ 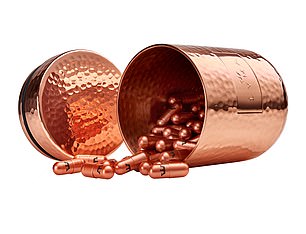 It was my lightbulb moment. I left my job in consumer PR and started working with Dr Clayton to produce the ultimate supplement containing adaptogens, immune boosters and anti-inflammatories. We spent years perfecting our formula.

By taking an evidence-based approach to nutrition, I knew our supplement would deliver results. The generic turmeric that factories use is £1.50 a kilo. The patented turmeric we use is £263 a kilo.

Our first batch sold out in two weeks. We’re one of the bestselling supplements on Net-a-Porter. The proven benefits include relief from stress, improved sleep and focus, and more brain energy. Customers tell me it’s given them thicker hair and helped with the menopause. Fans include designer Bella Freud and actress Chloe Grace Moretz.

Last year we branched into at-home beauty gadgets with the Lyma laser, which helps to even out skin tone, heal conditions such as rosacea, and fade scars.

I’m on a mission. I want people to feel they are the best version of themselves.