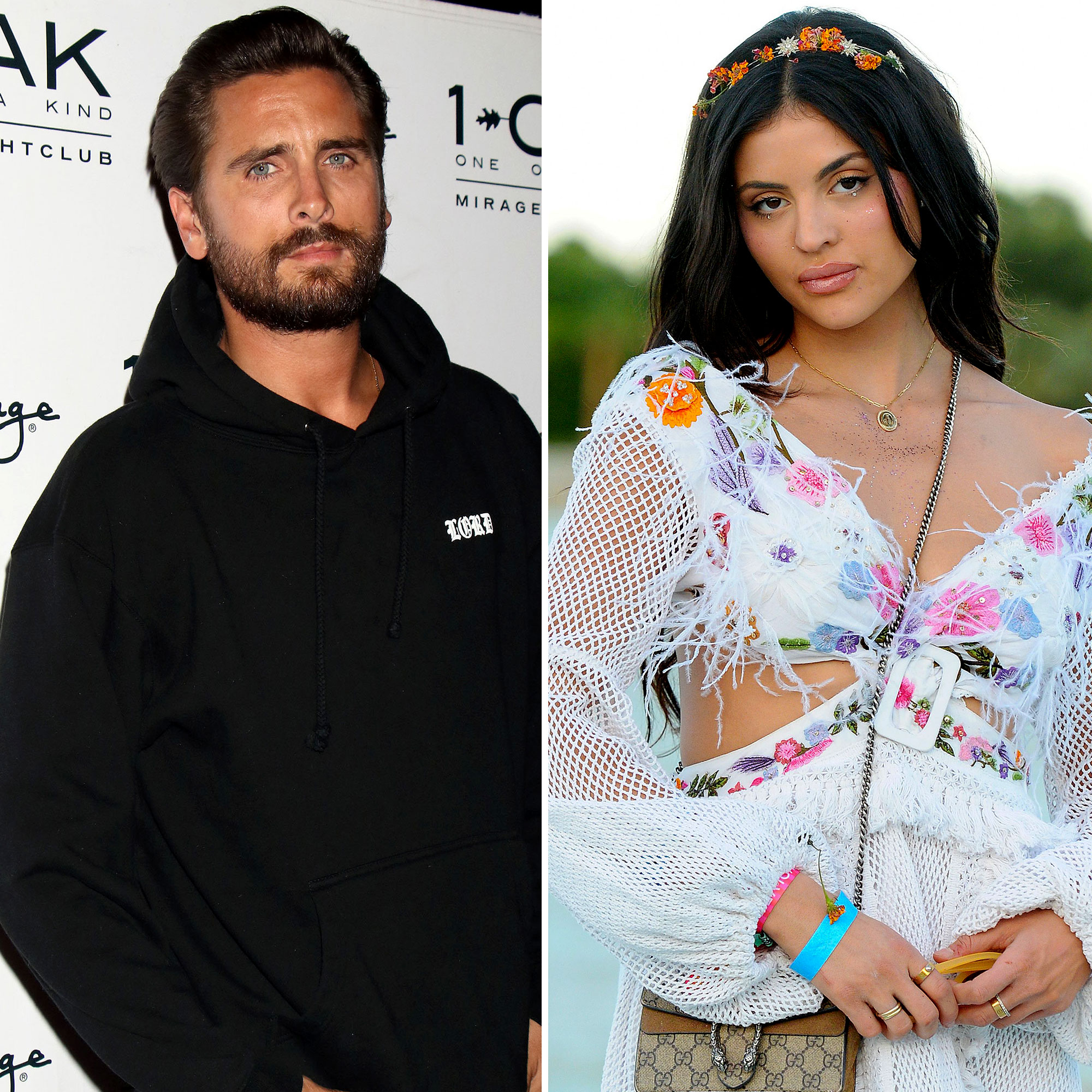 After the Too Hot to Handle alum, 23, shared an Instagram photo of herself modeling a Talentless bodysuit on Tuesday, May 24, the Flip It Like It Disick alum, 38, responded in the comments section with an NSFW quip.

“I can think of a few talents you have right off the top of my head, no pun intended,” the New York native wrote in response to her original caption, which read: “Oh lord she’s @talentless.” The Netflix personality had also tagged Disick’s Instagram handle in the photo — on her butt.

In her reply to the Hulu star’s comment, Scarfone hinted that the duo might be planning to meet up in the near future. “@letthelordbewithyou see you soon 👀,” she wrote.

The Keeping Up With the Kardashians alum and the model first sparked romance rumors in February after the pair were photographed outside Nobu in Malibu, California. One month later, the twosome further fueled speculation with a flirty exchange on Instagram.

Keeping Cordial? Everything Travis, Scott Disick Have Said About Each Other

“Where is my photo credit?” the Talentless cofounder asked in a comment on a photo of Scarfone wearing a lacy bra and panty set with the Eiffel Tower in the background. The University of Colorado Boulder graduate later updated the caption to include Disick as the photographer.

“Lounging in the city of amour 🖤,” she wrote in March. “Photo creds @letthelordbewithyou.”

By April, however, Disick had moved on with Rebecca Donaldson, who accompanied him to the premiere of The Kardashians.

“So far it’s going well. He’s very attracted to her,” an insider told Us Weekly at the time of the Scottish model, 27, and the reality star. “Him introducing her to the family and having her at the Kardashians premiere meant a lot to him.”

The source added that Disick is “looking for the right person to settle down with” after his 2021 split from Amelia Gray Hamlin. “He wants to be in a serious relationship just like most of his exes are.”

Earlier this month, Disick’s ex Kourtney Kardashian tied the knot with Travis Barker in a lavish Italian ceremony on Sunday, May 22, attended by most of the Kardashian-Jenner family. The following day, Disick was spotted partying at the Sapphire New York strip club.

An eyewitness told Us that the entrepreneur was “low-key, only chatting with his entourage” during his visit, which lasted for about an hour. The insider added that Disick “didn’t interact with any of the dancers” and was “speaking to one woman most of the night” while in the VIP area.

On Tuesday, Disick reunited with his kids — Mason, 12, Penelope, 9, and Reign, 7 — after they attended their mom’s nuptials. “I got my baby,” he wrote in an Instagram Story alongside a snap of one of his children sleeping.