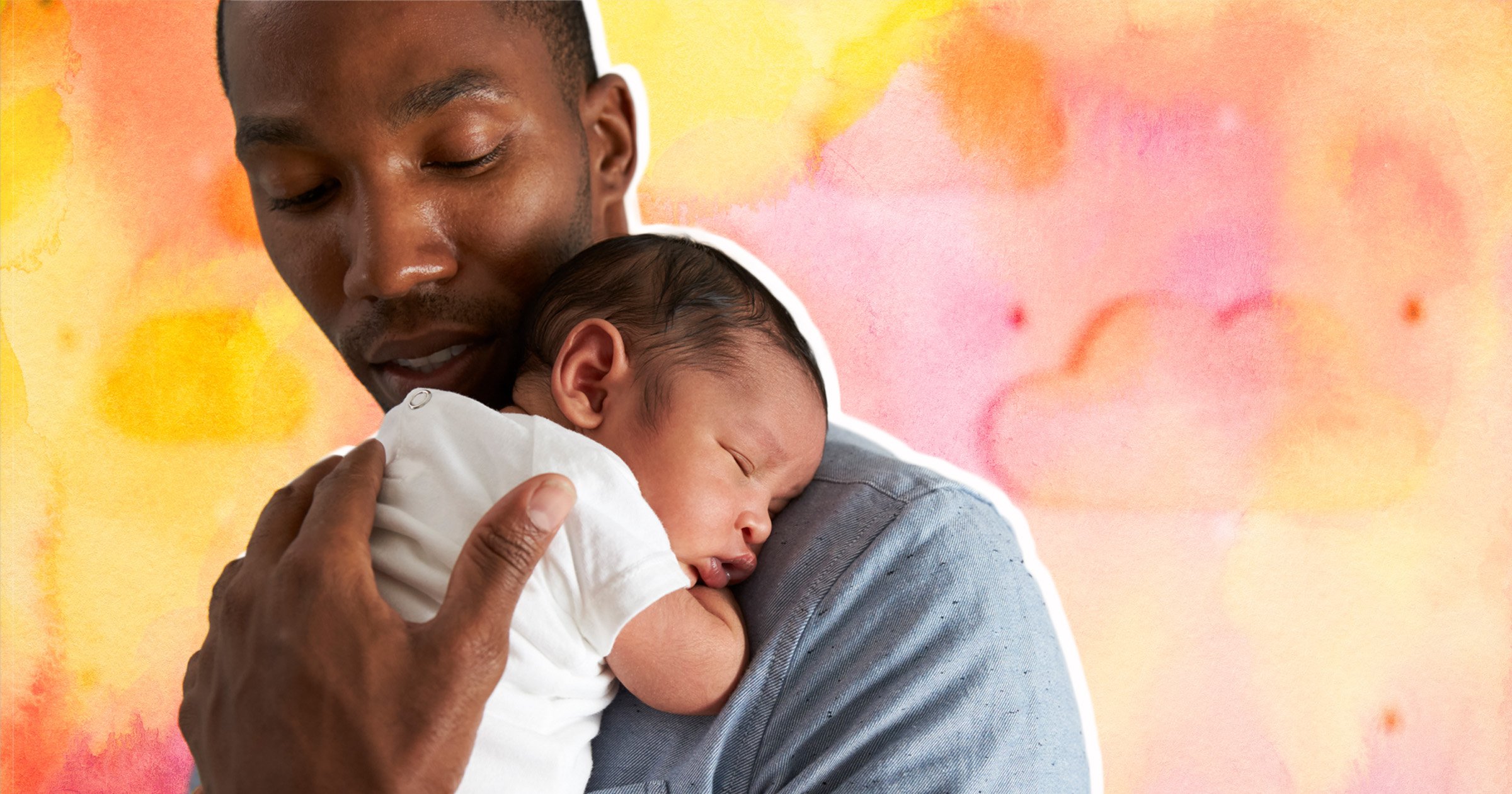 New research has unveiled some worrying issues around paternity leave – particularly amid the cost of living crisis.

Three in five UK dads said they didn’t take their full paternity leave allocation because they were worried about how it would impact their finances, according to a new study.

A third of fathers surveyed said their ‘dissatisfactory’ paternity leave package made them feel financially unstable, while 64% of dads did not receive their full salary during their leave.

More than half of parents said their paternity package negatively affected their mental health, while 62% of mums said their partners struggled to bond with their newborn due to having so little time off.

Research found that 76% of fathers and non-birthing parents were offered just two weeks’ leave by their employer – the current minimum statutory requirement in the UK.

Adam, a dad-of-two from Manchester, was offered two weeks of statutory paternity leave for the birth of his first child. However, he and his wife quickly realised this would not be enough.

The 38-year-old said: ‘We decided that once our son turned six months old, my wife would return to work and I’d become the primary caregiver, so that my employer would have to grant me three months (unpaid) shared parental leave.’

Harry Smith*, from Surrey, found himself in a similar situation. He was working in a recruitment consultancy at the time his first child was born.

The 35-year-old says: ‘I was offered the statutory two weeks paid leave, but they went by in a flash. As first-time parents it was really stressful knowing I had to head back to work so soon. I felt really guilty leaving my wife to look after our child on her own, while she was also recovering physically from the birth.’

Harry was then granted one month of unpaid leave when his child was five months old.

He adds: ‘After the birth, we spent those first four months saving really hard, as we knew I wouldn’t get more paid time off.

‘It was definitely worth it to spend time with my child – even if we were worrying about money.’

Backing up the recent findings, Daniel – a 29-year-old from Hull – says he thinks there’s a huge stigma regarding paternity leave.

The dad-of-two said: ‘I felt obliged to take what I was given, no questions asked.

‘I didn’t know how to ask for or negotiate a longer leave period, so I accepted what my boss gave me even though I knew it wasn’t enough.’

*names have been changed.