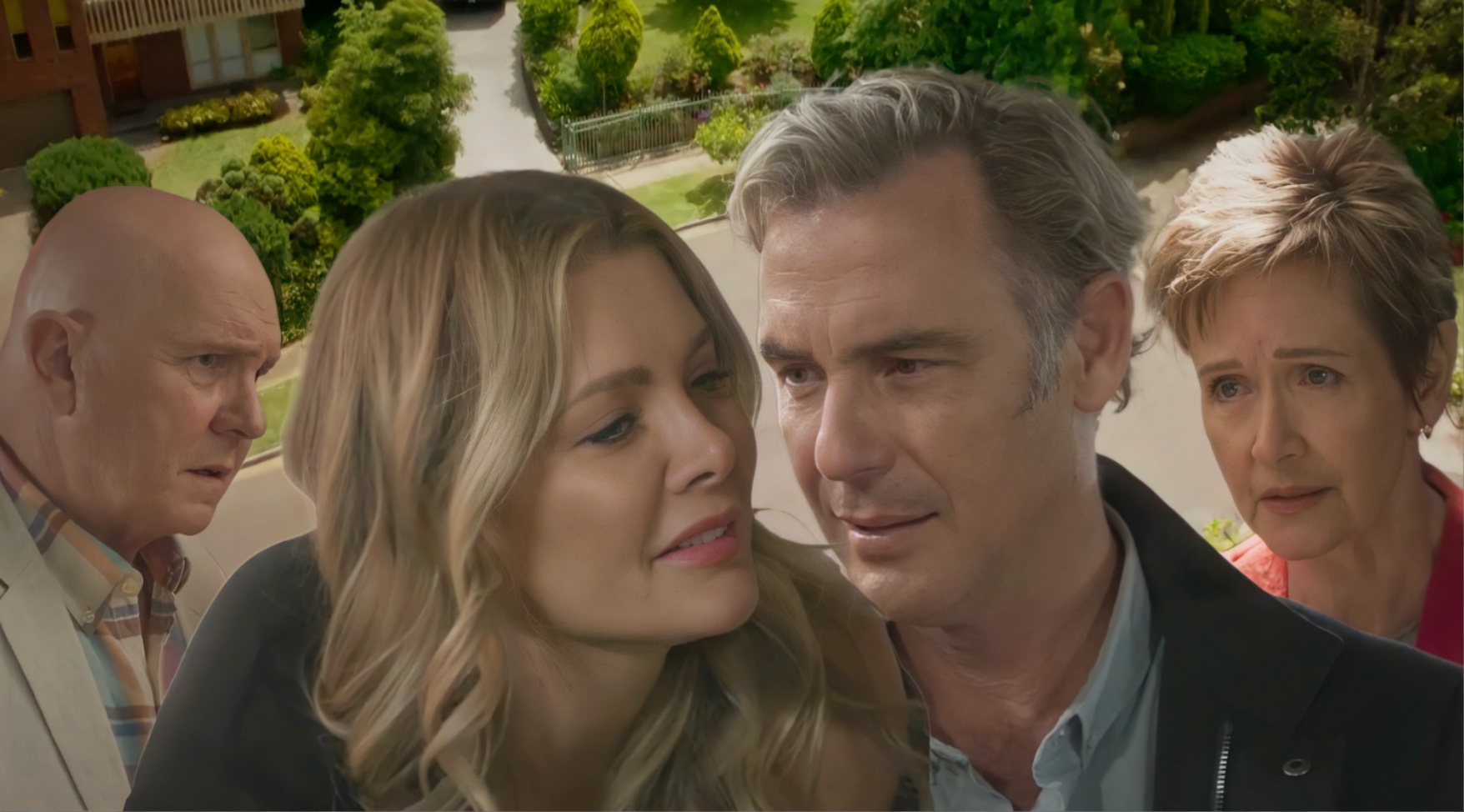 Izzy Hoyland (Natalie Bassingthwaite) has made a shocking return to Neighbours, and she’s seemingly intent on destroying Karl and Susan Kennedy (Alan Fetcher and Jackie Woodburne) one last time.

The legendary schemer was reintroduced as part of a shock twist, which saw her revealed as the new partner of Mal Kennedy (Benjamin McNair), who had only just staged a comeback himself.

Mal arrived back in Erinsborough in Thursday’s (July 14) edition of the Channel 5 soap, surprising Susan and Karl in heartwarming scenes.

Susan, however, knew there was more going on than meets the eye, as Mal turning up out of the blue like this was unlike him, and he flinched every time she made reference to his wife Katherine.

During Toadie’s (Ryan Moloney) engagement party, Mal finally came clean to Susan and Karl, revealing that he and Katherine have separated, and that he wants to move back to Erinsborough permanently.

Susan and Karl were sympathetic, and offered him all the support under the sun, but there is another major twist to come for the legendary couple, one that even they won’t be able to predict.

The conclusion of the outing saw Mal return to his hotel room at Lassiters, where he had company.

He told the mystery woman that he’d successfully broken the news of his split from Katherine to Karl and Susan, but that he’d yet to tell them about his new relationship.

The mystery woman was revealed to be none other than Izzy, who took great pleasure in telling her new beau that Karl and Susan ‘won’t see this coming’.

Talk about a shock twist!

Izzy, as viewers will recall, destroyed Karl and Susan’s marriage almost 20 years ago, having the former’s baby.

The master manipulator, however, is back once again, and whether her intentions for Mal are genuine or not, it seems as if she’s set to crush Karl and Susan once more.

Strap yourselves in, we’re in for a deliciously bumpy ride, as Neighbours hurtles towards its untimely end.

Neighbours continues Friday July 15 at 1:45pm and 6pm on Channel 5.