A meaningful moniker? Nev Schulman teased that he and his former Dancing With the Stars partner, Jenna Johnson, have already picked out her firstborn child’s name.

“I didn’t know it was a boy,” the Catfish host, 37, exclusively told Us Weekly at the 2022 MTV Video Music Awards in New Jersey on Sunday, August 28, when asked about Johnson’s pregnancy. The Utah native, for her part, revealed the sex of her and Val Chmerkovskiy‘s baby earlier that day.

The MTV personality — who walked the red carpet with his wife, Laura Perlongo — then joked that the professional dancer, 28, and her husband, 36, have a moniker lined up. 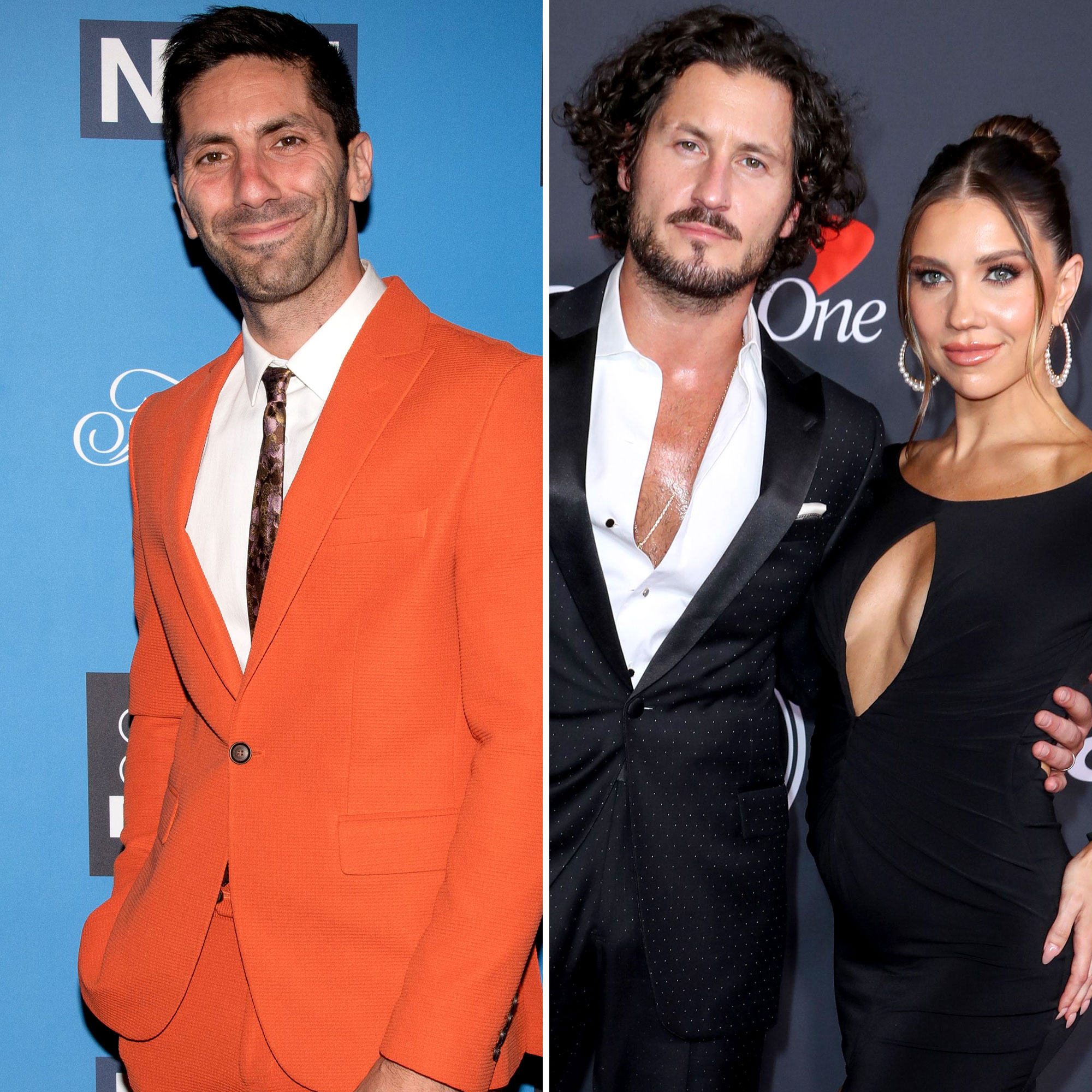 “We already talked about naming the child and I think she agreed that it should be Nev,” Schulman told Us. Perlongo, 36, chimed in, saying that the little one should be named “Yaniv,” which is her husband’s full name.

In all sincerity, the TV producer revealed that he “texted” Johnson and her spouse as soon as he saw that they are expecting a baby. (The dancing duo revealed their happy news via Instagram in July, confirming their child is due in January 2023.)

“I was so happy for her. I know they’re gonna be fantastic parents,” Schulman said, before hinting that the couple’s baby will be a dancer like them. “I’m just excited to see little Val on Dancing With the Stars season 55.”

Johnson and Schulman competed together on season 29 of the ABC dance competition, which aired in fall of 2020. Despite coming in second place, the New York native told Us on Sunday that he looks back at his time on the show fondly.

“I feel like that experience was such a gift,” he explained. “I won as far as I’m concerned. Yeah, I don’t have a dumb trophy that I’ll stick in the closet and never look at again. So, who cares? One less thing to fill my storage unit.”

Couple Alert! Every ‘DWTS’ Pro and Celeb Who Found Lasting Love on the Show

While the So You Think You Can Dance alum and the Ukraine native are excited about their road to parenthood, Schulman joked to Us that expanding one’s family isn’t always glamorous. The TV host has welcomed three children with his wife — daughter Cleo, 5, and sons Beau, 3, and Cy, 11 months — since tying the knot in 2017.

“Don’t recommend it,” he said on Sunday when asked how life is going for the couple now that they are a family of five.

Perlongo, for her part, gushed over their roles as parents, telling Us, “I think it’s better. I think three is better than two, OK, I’m gonna just say it.”