A new law to force big oil and gas producers to pay the cost of removing their offshore rigs from the ocean passed through Parliament this week, with federal Resources Minister Keith Pitt warning industry that taxpayers will not foot the bill to remove their old infrastructure.

Mr Pitt told Parliament the industry-wide clean-up bill due over the next 30 years was estimated at $60 billion. 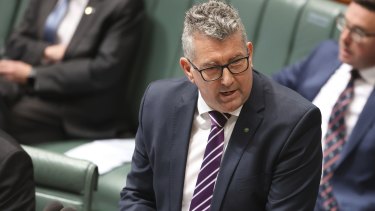 The Offshore Petroleum and Greenhouse Gas Storage Amendment Bill creates a trailing liability for offshore petroleum companies, effective retrospectively from January 1 this year. It gives government call-back powers to force previous owners of an asset to pay for decommissioning if the current owner cannot.

“The trailing liability provisions will be an action of last resort when all other safeguards have been exhausted and will reduce the risk that the financial costs of decommissioning will be left to Australian taxpayers,” Mr Pitt said.

“It also sets the expectation that sellers will undertake appropriate due diligence before selling assets, titles and infrastructure, so they can avoid being called back to decommission and remediate title areas.”

Industry and environment groups have cautiously welcomed the passage of the bill, covering Australia’s offshore oil and gas fields on the North West Shelf in Western Australia and Bass Strait.

Mr Pitt’s reform was prompted by the case of the Northern Endeavour, which the federal government was forced to take ownership of in 2019. The industry regulator had shut down production on the ageing vessel due to safety concerns after the small company that had taken it over from Woodside entered liquidation. Mr Pitt has promised to soon impose a levy across the industry to pay for the removal of that rig.

Peak industry lobby the Australian Petroleum Production and Exploration Association opposed trailing liability laws during consultation on the reform, arguing it could “encourage the final titleholder … to walk away from the property and reallocate decommissioning costs to former titleholders”.

However, APPEA issued a measured response to the new laws on Thursday.

“Australia’s oil and gas industry is committed to protecting our marine environment and safely decommissioning its assets,” a spokesman said. “The industry broadly supports this new decommissioning policy framework, including robust financial assurance.”

The Wilderness Society, which has campaigned to tighten the financial and environmental controls over the offshore petroleum industry, said Mr Pitt’s reform was the “biggest policy defeat the oil and gas industry has had since the Coalition came to government in 2013”.

“The industry demonstrated that they couldn’t be trusted to clean up their rusting old oil fields and the government had to act,” strategy manager Tim Beshara said.

He said the fiery parliamentary debate over the new laws in the Senate, with many senators criticising the industry and calling for tougher measures, showed that “scrutiny is only going to increase”.

An, force, laws, New, offshore, oil
You may also like: