One thing about her she’s the baddest alive.

All eyes were on Nicki Minaj on Sunday at the 2022 MTV Video Music Awards.

The rapper, 39, stole the show while taking the stage to perform a medley of hits before accepting the most prestigious accolade of the night, the Michael Jackson Video Vanguard Award.

Minaj, chic in a Barbie pink look consisting of a sparkly top, mini skirt and lace-up booties, slayed the performance with plenty of twerking, grinding with her shirtless male dancers and an epic pole dancing moment. 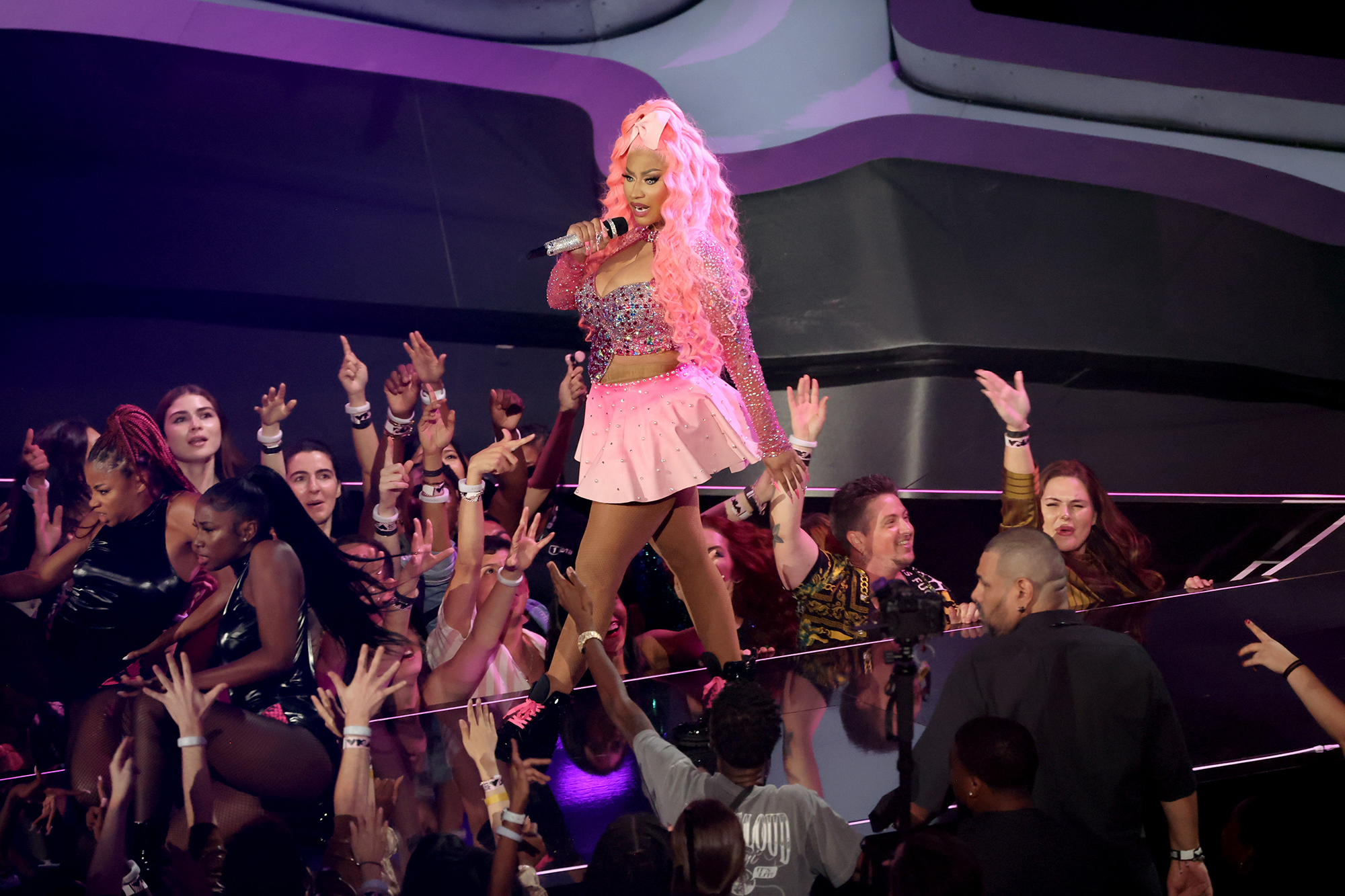 Her set included “Roman’s Revenge,” “Chun‐Li,” “Moment 4 Life,” “Beez in the Trap,” “Anaconda” and “Super Bass,” which got Taylor Swift smiling and singing along in the audience.

The track from her forthcoming fifth studio album went viral on TikTok over the summer thanks to its catchy lyrics and the dance craze originated by user @lorddroman. 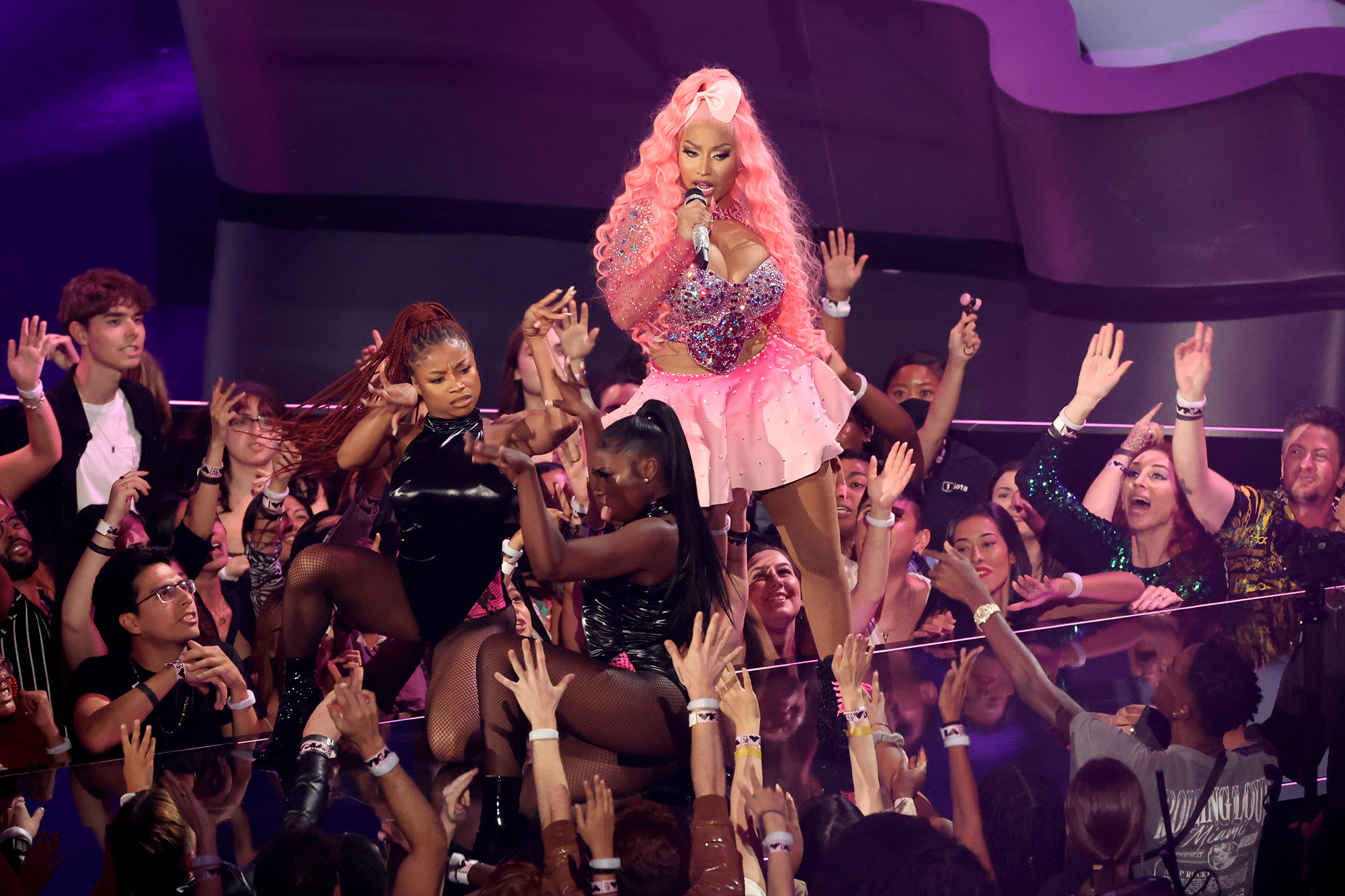 “I can lick it, I can ride it while you slippin’ and slidin’ / I can do all them little tricks and keep the d–k up inside it,” Minaj raps on the track, which samples Rick James’ 1981 song “Super Freak.”

“You can smack it, you can grip it, you can go down and kiss it / And every time he leave me ‘lone, he always tell me he miss it.” 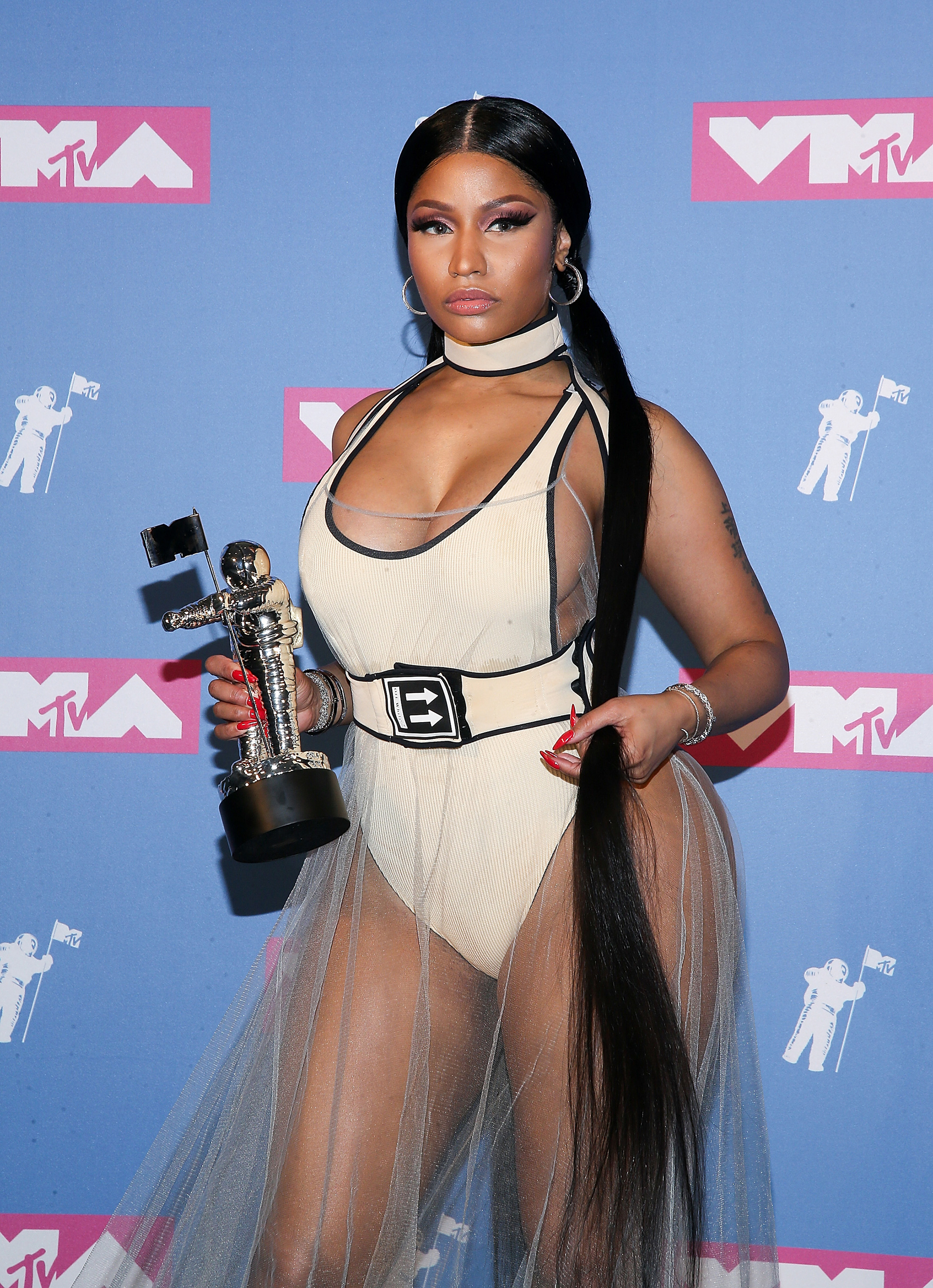 The performance at the Prudential Center in Newark, NJ, marked Minaj’s return to the VMAs stage for the first time in four years.

In 2018, she performed a “Queen”-themed medley consisting of hits like “Majesty,” “Barbie Dreams” and “Ganja Burn.”

While accepting the Video Vanguard Award – given to artists “for their outstanding contributions and profound impact on music video and popular culture,” per MTV – Minaj gave a shout-out to her Barbz and the artists who have inspired her over the years, including Kanye West, Lil Wayne, Britney Spears, Rihanna and Drake. 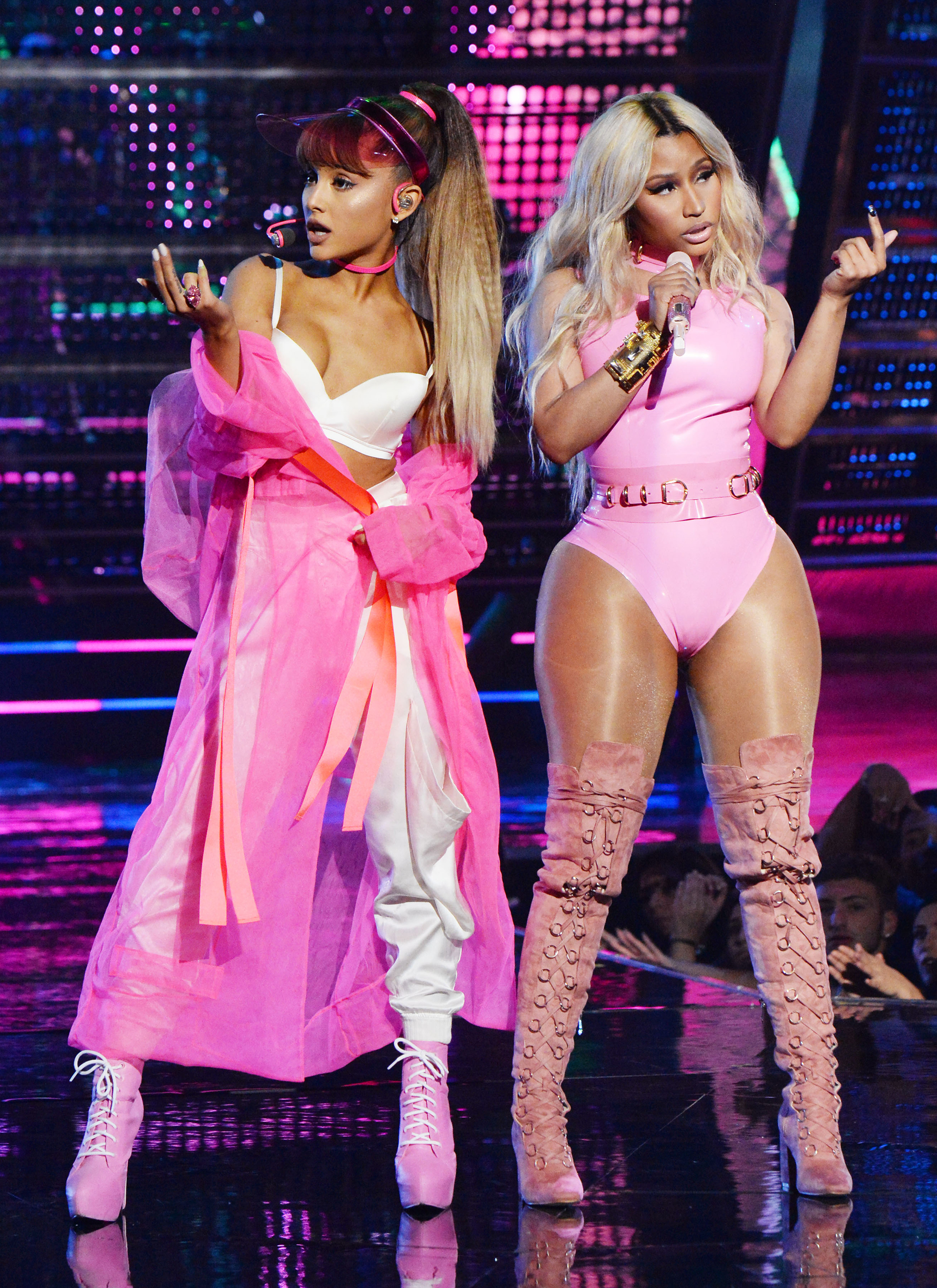 Minaj also started to choke up while talking about the importance of mental health.

“Let me tell you something … I never, ever in my life have written a speech, and today I jotted something on my phone … first of all, to everyone in here, thank you and God bless you,” she said in part.

“This was in my spirit to say. I wish that Whitney Houston and Michael Jackson were here. I wish people took mental health seriously … even when you think they have the perfect lives.” 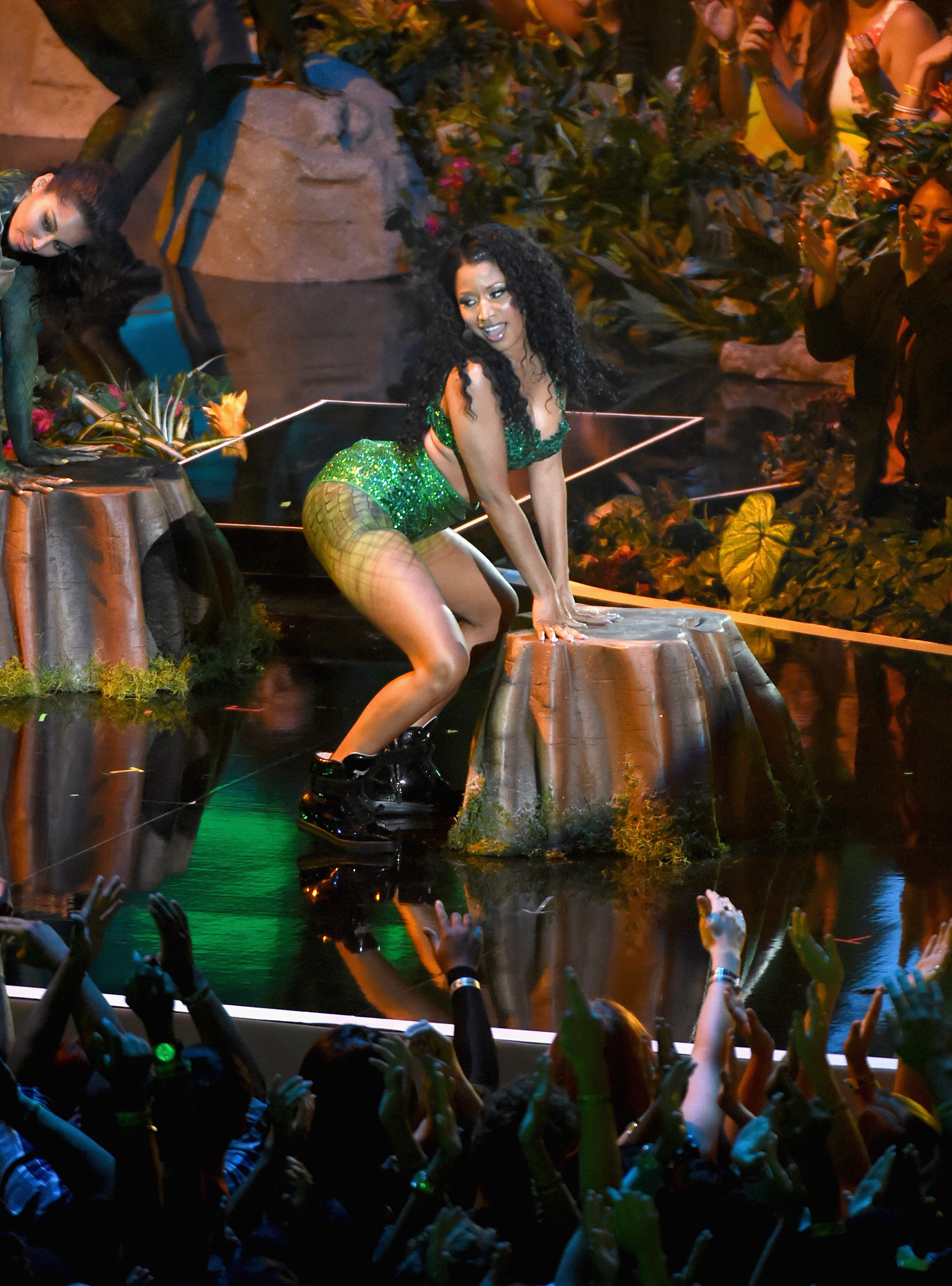 In addition to the accolade and performance, Minaj was chosen to emcee this year’s awards show alongside Jack Harlow and LL Cool J.

She also received nominations in two categories: Best Hip-Hop for “Do We Have a Problem?” featuring Lil Baby and Song of the Summer for “Super Freaky Girl.”