BLACK Friday usually brings a range of discounts to games consoles, including the Nintendo Switch.

That's all the more likely in 2021 as there's a brand-new version of the Switch landing in October. 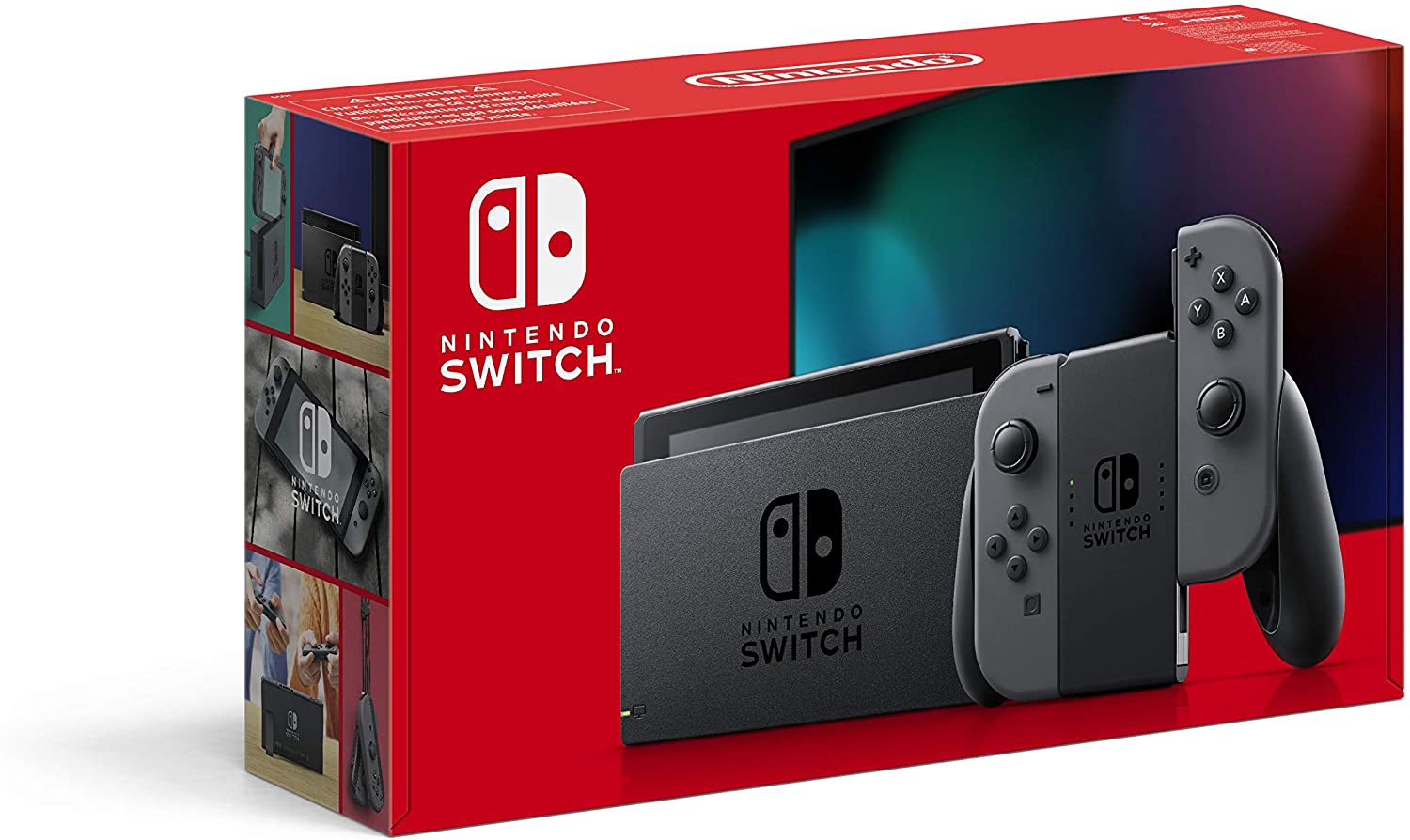 *Remember, just because an item is in the sale, it doesn't mean you can't find the same product, or similar, elsewhere. Always shop around to make sure you're getting the best price.

You can head to our Nintendo Switch OLED pre-orders page to pick up this new-generation console, which boasts a larger and more advanced screen and more capabilities for online gaming.

But if you're a dedicated deal-hunter, we're going to steer you away from the Nintendo Switch OLED, and towards the older version of the Switch (plus its little brother, the Switch Lite), when at the end of November there should be plenty of red-hot deals on these consoles and their games.

Take note though: this is a time of year when you'll see lots of bad deals masquerading as good ones, as retailers inflate RRPs in order to exaggerate discounts.

That's why we've put together this page, where we'll be only listing the very best offers on Nintendo Switch, Switch Lite and OLED Switch Black Friday deals.

With the October release of the all-new OLED model, we're anticipating a price drop on the older generation of the Nintendo Switch.

While it's currently on sale across retail sites for around the £259 mark, that's a sum that may well drop in the weeks or months to come.

However, we doubt it will be a huge drop in price, as the Nintendo Switch OLED has been positioned as a pricier device, with an RRP of £309.99.

We're confident, however, that there will be substantial discounts on bundle deals on the older Nintendo Switch – we'll be listing the best console-and-game combos that we find on this page.

Here's where we suggest you be measured in your expectations.

It's pretty unlikely that the brand-new version of the console will see any price drop this Black Friday – at the most, you might some freebies or slightly reduced bundles.

Something else to bear in mind is that, in a marketplace fraught with supply issues, the Nintendo Switch OLED might see stock shortages – so if we have any advice regarding this console, it's that you don't wait until Black Friday to buy it.

Head to our Nintendo Switch OLED pre orders page to get your hands on this console.

The smaller sibling of the main Switch is likely to take centre stage among all the Nintendo console deals you'll see this Black Friday.

Handheld only, but still a very fine device in its own right, the Switch Lite hasn't been dogged by as many of the supply problems as its big brother – and at £199 at Amazon, it's not a stocking-filler per se, but more of an affordable potential Christmas present for somebody.

As with the Switch, we're confident that there will be plenty of excellent price drops on bundles to scoop up when Black Friday comes around.

There is always a good chance that any top games from the year will be on sale, either separately or as part of bundles.

We'd definitely expect Animal Crossing: New Horizons and Legend of Zelda: The Breath of the Wild to feature.

Mario Kart 8 and Paper Mario: the Origami King are also both likely to be popular and see discounts. 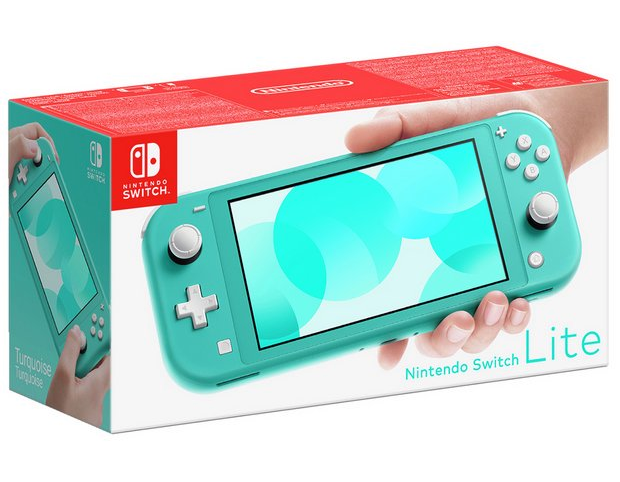 What Nintendo Switch accessories will be on sale?

Our money is on the Skyward Sword Edition Joy Con Pair – released in July of this year – getting a reduction in the Black Friday sales.

And while they might not be the most exciting of purchases, there's a strong likelihood that Nintendo Switch SD cards will figure highly in the sales too – so earmark this period as a wise moment to up your console's storage capacity.

Don't take Black Friday at it's name: it's much more than just a day-long sale.

In reality, sales tend to kick off a week – or even a fortnight – ahead of the big day, with retailers eager to beat each other out of the gate.

Our advice is to bookmark this page, and to see what's we're listing around the mid-November period.

That said, the arrival of the Nintendo Switch OLED might have an immediate knock-on effect, and there may well be great Nintendo Switch deals appearing throughout October.

It always happens the day after Thanksgiving in the US, which is on the fourth Thursday of November.

Will the Nintendo Switch be on sale on Black Friday?

It's a good bet to expect the Nintendo Switch to be on sale come November 26.

In previous years there have been small discounts on the console during the sale bonanza, although the real value may be found with a bundle that includes a game or two that you've got your eye on.

Will the Nintendo Switch be on sale on Cyber Monday?

Cyber Monday follows the week after Black Friday and these days, most retailers roll a version of their Black Friday sale over the weekend to the online-focused event.

We'd expect that if there are good deals to be found on the Nintendo Switch, they will still be available on Cyber Monday. 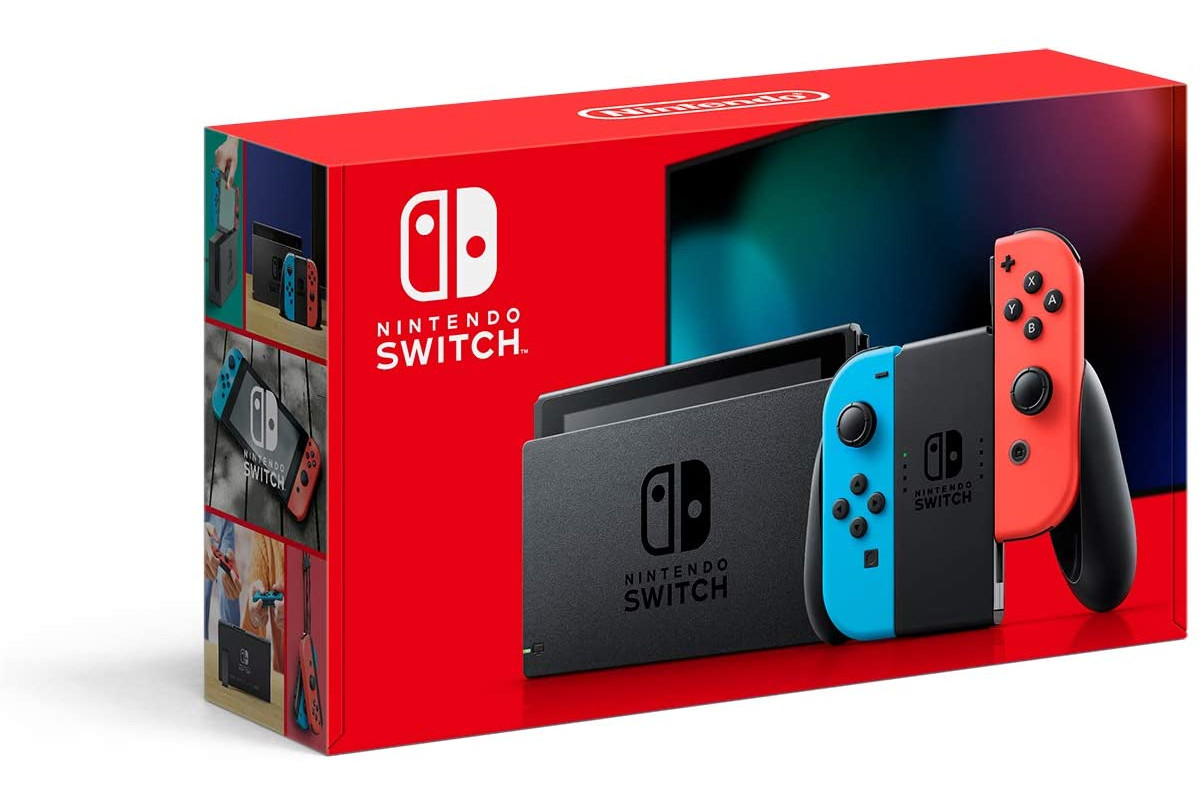 What is the Nintendo Switch?

First released back in 2017, the Nintendo Switch is the latest console from Nintendo.

It functions both as a handheld console that you can take with you on your travels, and as a console you can plug into a dock and play on your TV.

It boasts a host of exclusive Nintendo titles, including the Mario, Pokemon and Animal Crossing.

Since it's release it's been immensely popular, sometimes leading to stock shortages around key buying times, such as Christmas.

When is the Nintendo Switch OLED UK release date?

The Nintendo Switch OLED is scheduled for release on October 8 2021.

It's set to improve the gaming quality for those who play the Switch as a handheld console, as the display will be able to offer better contrasts and darker blacks with the removal of the backlight.

How much is the Nintendo Switch OLED?

The Nintendo Switch OLED is set to cost £309.99, a slight increase on the regular Switch console.

It might not be worth the upgrade if you primarily play your console through your TV though, as the OLED console isn't set to improve performance in that area.

Will the Nintendo Switch OLED be on sale this Black Friday?

Given the proximity of its release date to Black Friday, we'd be surprised to see a dramatic price drop of the Nintendo Switch OLED this year.

However, it's worth keeping your eyes peeled in case on of the major retailers does something unexpected.

We'll be keeping our eyes open here to pick out the best deals.

Funnily enough, the Lite is… a bit lighter, and it also has a slightly smaller screen and smaller battery capacity.

In terms of games, the Lite will play any regular Switch game just as long as it supports Handheld Mode.

Where can I buy a Nintendo switch?

It's worth shopping around for a Nintendo Switch as a lot of retailers will have a range of bundles available.

We've rounded up a few stores we've seen deals at in the past below.

Is the Nintendo Switch worth buying?

That depends on the sort of gaming you are planning on doing.

The Switch is aimed at children, families and commuters as well as traditional gamers.

The console is great for group fun if you're playing Mario Kart or one of the many other popular titles, plus it's the only console you'll be able to play the likes of Pokemon and Super Smash Bros on.

'Serious' gamers who play fast-twitch shooters and racing simulators will want to stick to the Xbox One, Series X, PS4, PS5 or PC.

How much does a Nintendo Switch cost?

Despite being released almost two years ago, the new(er) version of the Nintendo Switch has rarely moved far from its RRP of £279.99.

If you see an opportunity to beat this deal, or get a couple of games thrown in for free at the same price, it's probably a good deal.

How to charge a Nintendo Switch controller

There are two ways to charge Switch controllers.

You can attach them to the Joy-Con charging grip, itself attached to the Switch dock via USB cable, which will charge the controllers.

Does the Nintendo Switch have Bluetooth?

The Switch doesn't come with built-in Bluetooth support, so Bluetooth headphones can't connect directly to the console straight from the box.

To get around the issue, you could pick up a set of headphones which comes with a USB-C Bluetooth adaptor.

Or you could pick up a Bluetooth adaptor designed to work with the Nintendo Switch.

Can you watch movies on the Nintendo Switch?

The video streaming options on Nintendo Switch are a bit limited compared to other consoles, but you can sync your Google Play and iTunes accounts to your Switch to watch your purchased movies.

Any portable-compatible games you can play on the standard Switch, you can also play on the Switch Lite.

Check out GAME's library of Switch Lite games if you want some inspiration.

And here's the best of Shark's Black Friday sale.

Black, D, Friday, nintendo, switch
You may also like: